The Binance decentralised exchange (DEX) was released on the 23rd of April having been highly anticipated by the industry. Decentralised exchanges are trading platforms which do not custody funds and confirm trades via a consensus mechanism. The Binance DEX is built on a dedicated blockchain – called Binance Chain – designed specifically for asset issuance and trading.

Typically decentralised exchanges are built on top of other blockchains, such as the Ethereum ERC20 DEX.io or IDEX. By enabling asset issuance on their own blockchain platform, Binance will directly compete with Ethereum in the ICO space.

Ethereum has, up until now, been the dominant chain for tokenisation and trading because of the ease in which assets can be created thanks to its out of the box token standards. This advantage won’t exist going forward. Both the Liquid Network and Binance chain both offer streamlined mechanisms for asset creation, and have exchanges built on them. Some have brought up the possibility of Binance chain being more generally an “Ethereum Killer”, but this only currently holds in the domain of tokenisation and trading – as the chain offers very limited technology in terms of computation and smart contracts. Binance are prodigious developers though, so this could well come next.

Blockstream’s Liquid Network reached another technological milestone this week, as Japanese company Crypto Garage executed the world’s first peer to peer Bitcoin derivative transaction on the Bitcoin blockchain utilising its Liquid anchored Settlenet technology. Blockstream has a blog post detailing the entire process here, but the basis of the transaction was a decentralised form of a Bitcoin forward contract. 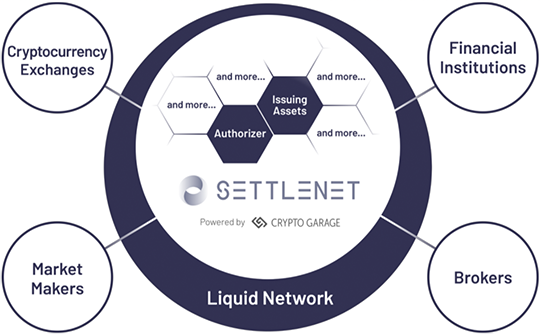 The implications of this are more than just Bitcoin contracts, as Crypto Garage’s Liquid Anchored Settlenet platform allows any Liquid hosted asset to be traded in a similar fashion.

The technology implicit in the Liquid network has gone under the radar in the industry so far, it enables many of the things that have been talked about for a long time, like tokenisation, smart contract settlement and as they just demonstrated, derivative settlement. Technology like this only proves the long term potential of the platform for digital asset trading and issuance.

Adamant Capital’s recent report on Bitcoin blockchain and transaction data suggests Bitcoin investment is currently in ‘accumulation mode’. The thesis is based on the idea that the market goes through cycles based on a metric called the relative unrealised profit/loss of Bitcoin holders (BRUP).

In simple terms, BRUP defines the relative USD price of each Bitcoin at the last time it was moved. It considers movements of Bitcoin between address to be trades – such that any movement of coins is a “realising” of the returns on holding it. The measure is considered a solid indicator of market sentiment, and the current figures are detailed in the graphic below. 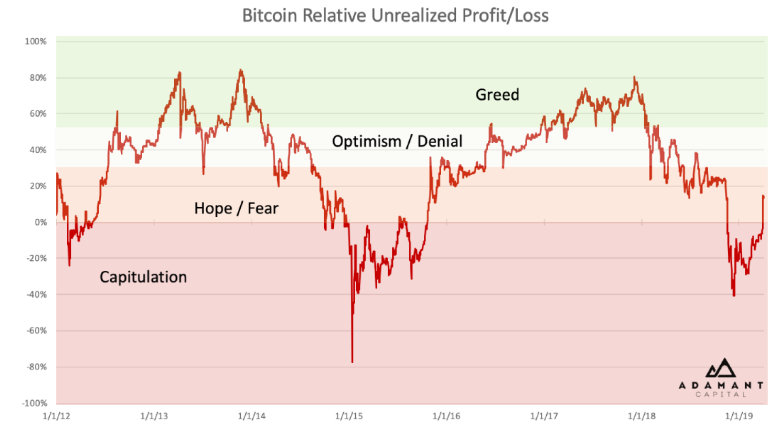 Note that the BRUP cycles correlate closely with fluctuations in market price.

One of the trends so far we’ve seen from big consulting firms and their approach to blockchain technology has been their reliance on private protocols and proprietary software. It was thus encouraging this week when Big 4 consulting firm Ernst and Young came out with their Nightfall protocol, a completely open-source Zero Knowledge Proof system built on top of Ethereum.

Nightfall provides the framework for businesses to transact privately, without forgoing the security of a publicly secured blockchain. Zero Knowledge Proofs provide the framework for these private transactions, and are very valuable for businesses in their use of Smart Contracts, as proving their completion of contractual obligations without exposing sensitive information has been a sticking point for many businesses in using the technology.

In addition to Nightfall, EY has also developed specific technology for security analysis and auditing of Ethereum Smart Contracts.

We have no idea if their technology will work, but clearly they have spent a great deal of money developing it and it ranks as a real vote of confidence in the sector.

On a less serious note, the Blockstream satellite project we have previously mentioned has seen the beginning of the ‘Satoshi’s Treasure Hunt’. Every few days a clue will be transmitted to participants via the Blockstream Satellite, where transmissions are paid for in Bitcoin. Individuals can use those clues to find the corresponding key, each of which contains a share of $US 1 Million in Bitcoin. So far only 4 individual keys have been discovered by participants, so there are plenty more for those who wish to get involved! The hunt details are hosted here, and we have left the rules below. 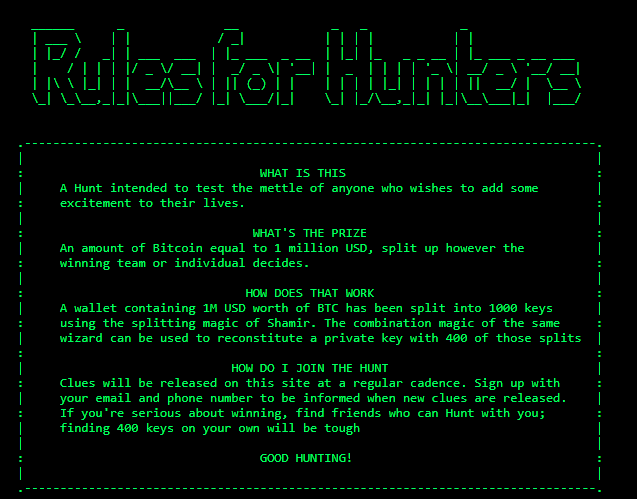