Are you alone if you invest in bitcoin? On main street in can certainly feel like it, with many people still in the “it’s backed by nothing mindset”. To keep you company, here are some of the most vocal and well known bitcoin holders and evangelists:

It’s the best private bank in the world.

EOS is the sixth ranked coin by marketcap. EOS operates through a more centralised model than bitcoin, this allows a far higher transaction count with minimal latency making it more suited to running applications.

Over the weekend EOS announced the launch of Voice, a censorship free social media platform. It’s a hard task to take on the established players like Twitter and Facebook but no project is better funded than EOS (they raised $4billion), so they have the ammunition to try.

The test here is whether people care as much about the slow erosion of freedom on social media as they do about the erosion of their own money. You would guess not and therefore, Voice will likely struggle.

One indicator of the health of the Bitcoin network – and likely the best ‘fundamental’ indicator for the asset – is the growth of hash rate and difficulty over time.

These metrics reveal the amount of resources required to mine bitcoin and tell us the amount of money miners are prepared to invest in doing exactly that.

The estimated break-even price for miners paying 4 cents per KwH for electricity is currently about US$8,000, so as we write at US$7,800, many miners will be loss making. When the block reward halves next May, a price in excess of US$16,000 would be required for a miner to break even and yet, the hash rate rises. Miners continue to invest in mining equipment which is a very expensive and risky endeavour.

One interpretation of this level of mining investment (perhaps the only interpretation) is that miners expect the price to be significantly higher by this time next year. 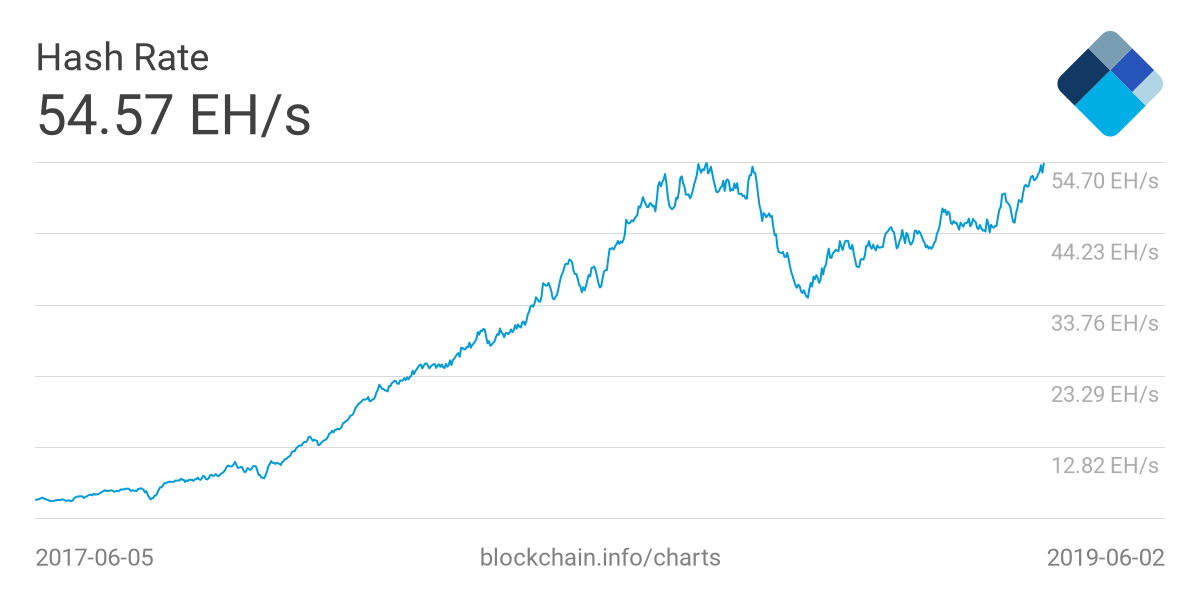 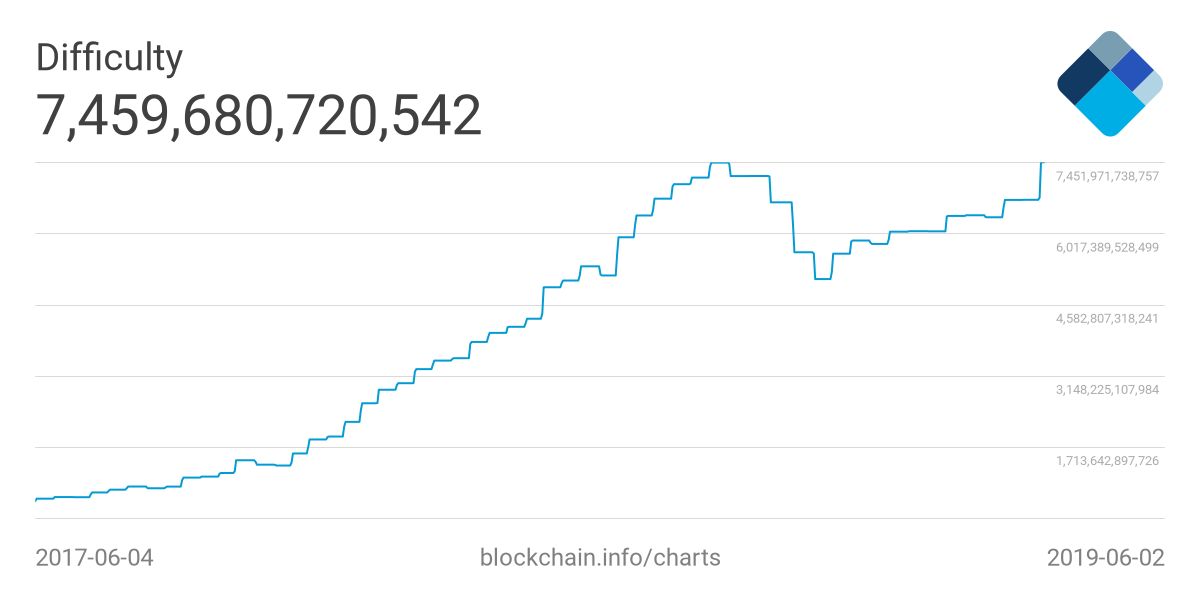 Bitcoin futures trading on the Chicago Mercantile Exchange (CME) has hit yet another all time high, with the amount of open positions on its Bitcoin contracts for the week of May 27th through June 3rd being the highest to date.

This hints at the continued entry of more sophisticated players into the market gaining exposure through futures. Its difficult to say for sure – but the fact that institutions are prepared to pay a 30% premium to buy bitcoin through the Grayscale Trust is a strong sign.

In any case, the last time we saw all time highs broken on the CME bitcoin markets, we saw the price of Bitcoin spike more than 20% (from 4000 to 5000 in the first week of April). Worth monitoring.

We are asked consistently in investor meetings about ponzi schemes and bubbles as they relate to bitcoin. The point of bitcoin is that it has solved the problem of digital scarcity. Unlike ponzi schemes, bitcoin promises no rate of return at all. The promise is only that it has a cryptographically protected fixed supply of 21 million coins. To fulfill its promise it needs only to survive, so far it has over 10 years of uninterrupted operation.

The features of the current financial system far more closely resemble a ponzi scheme and indeed history could be repeating itself. Here’s a short version of a famous ponzi scheme, you may well recognise some features.

In France in 1716, John Law, a friend of the French Regent and financial wizard of his time, established the Banque Generale in France with the authority to issue notes to the public. He had (probably genuinely) the noble goal of paying off extremely high state debts incurred during the reign of  Louis XIV.

At the same time, Law established the Mississippi Company which began prospecting in the US at that time and was granted monopolies over several areas of French overseas trade. Law’s plan was to retire public debt by selling shares in the company to the public in exchange for the governments new notes. This arrangement pushed up the value the notes on issue dramatically as well as the value of the shares in the company. The French Government responded to this rise in value by printing more money and the cycle repeated with the new money being pumped into Mississippi stock. The stock market soared and then, in 1720, it collapsed and economic crisis ensued. Why?

The fact is, there is a giant ponzi scheme happening and it’s not bitcoin.