The general pattern of summer in Europe is French Open, Ascot, Wimbledon then shortly followed by a monetary crisis which ruins your holiday. It has been quiet recently and this is borne out in bond yields. Would you lend to the Greek government for 5 years at 1.6%? How about Italy? With an ageing and falling population and rising debt despite a primary surplus (so ex-interest it has a surplus but the surplus can’t keep pace with the interest payments). That’s 5 years at 1.7%, despite the very obvious debt spiral.

One of the reasons rates are low because the European central bank prints money and buys them. The second chart revealing the ECB as the holder of Eur 2.1 trillion of bonds. Expect this QE to resume within the next 12 months. 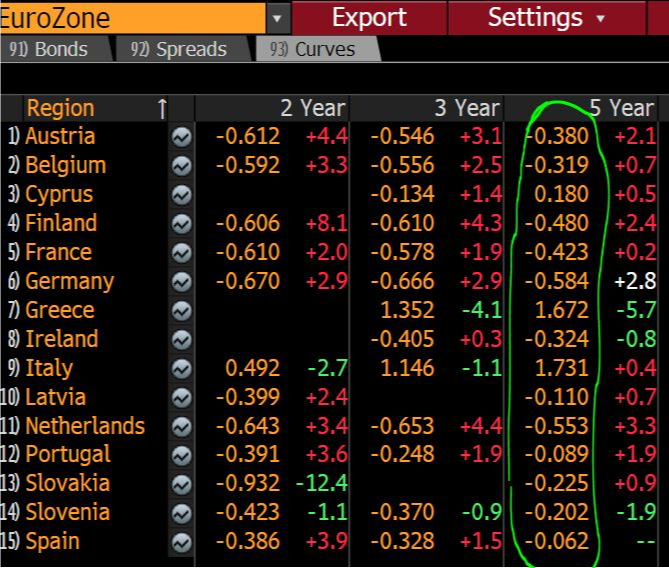 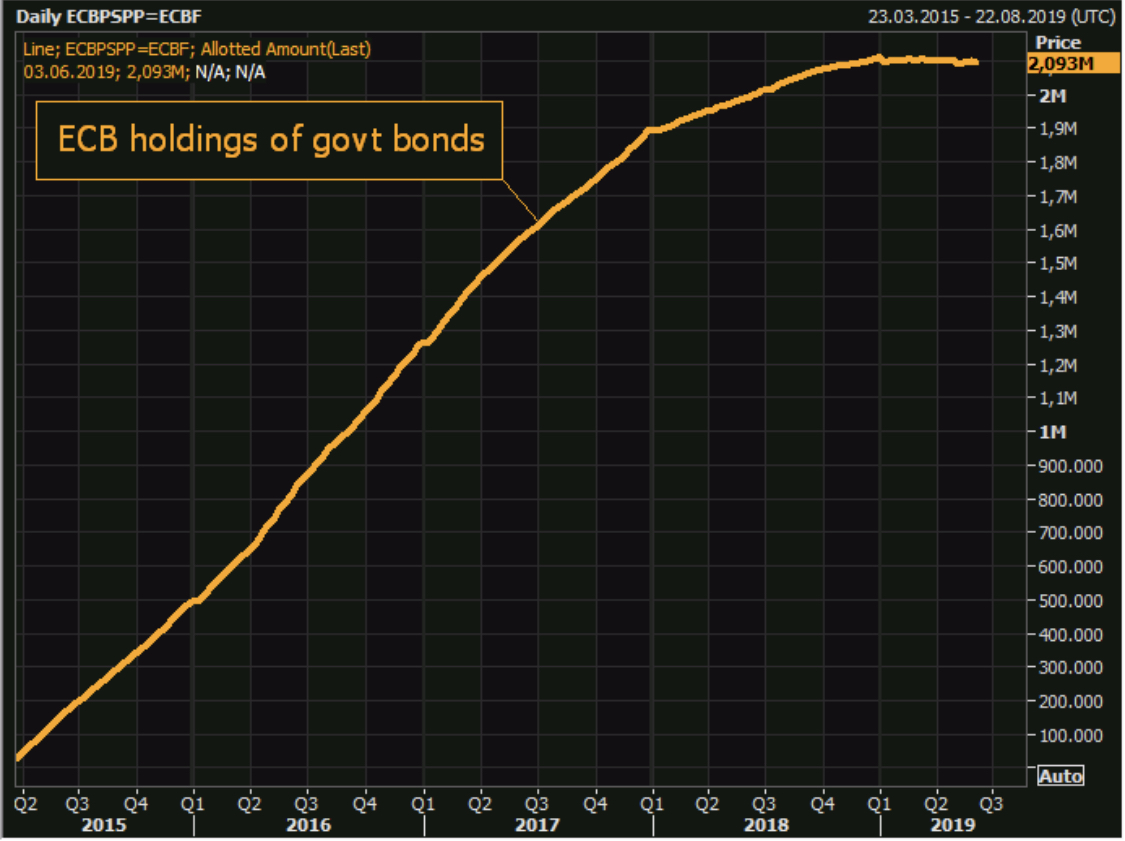 Bitcoin on the other hand, yields no return at all. Except in capital appreciation. Here are the daily returns to bitcoin since 2010, an average of 0.38% per day.

To be absolutely clear, bitcoin’s average daily return in the last 10 years exceeds the annual 5 year bond yield of every European country except Greece and Italy.

There are parallels for facebook coin with Alipay and Weechat Pay in China. These payment platforms have processed over $20 trillion in the last 12 months, they are enormous. Also, in China they are entirely goverment controlled.

Facebook’s token will face similar strictures, governments need to control the currency to control the country. They will want to know exactly who, what, where and when. Even so, sit back and watch a large company morph into a digial nation state. More next week when we see the whitepaper.

Korean Banks embrace Crypto
KB Kookmin, South Korea’s largest bank, is launching a digital custody offering for their customers in partnership with Blockchain startup Atomrigs Consulting. The offering – named “Lime” – will cover many of the most popular traded currencies, and relies on a proprietary security system purpose built for digital assets.
Korea is a leader in blockchain investment and investing. We tend to focus on the US whether they will ever approve an ETF, SEC enforcement etc. It could turn out that developments in Asia are far more significant over the next five years.
Poor man’s Bloomberg

Most people have heard of the Bloomberg Terminal. Their less well known, but biggest competitor is Eikon, owned by Thomson Reuters. The Eikon Terminal is a serious bit of kit and costs $22,000 a year if you want one.

So it goes with bitcoin, slowly creeping in to a consciousness near you.