Something different this week, with a tour of the bitcoin blockchain. Some key charts, which will illustrate the progress in the ecosystem since last year.

We looked a few weeks ago at the bitcoin hash rate, which has risen 20% this year after a steep decline in Q4. The transaction count is also rising and is now close to its 2017 peak.

The mempool is the number of transactions awaiting confirmation on the blockchain. Back in 2017, this became clogged with real transactions and spam transactions from competing blockchains leaving people waiting a long time for their bitcoins (an awful user experience). You can see from the chart below how pronounced this was in 2017, no repeat this time.

This time around the transaction costs are falling as transaction count rises. There are a whole host of reasons for this but one of them is something called segwit, a new piece of technology that reduces the size of each transaction (as well as enabling things like lightning). Lightning itself, as a second layer solution on top of the blockchain, is also reducing pressure on the main chain.

Minor revenue is falling, following a huge spike with price in 2017. Miners are the major contributors to the network’s security so the more stable the better, ideally we’d see a consistently rising trend here. Running a mining business is incredibly hard because of the capital investment required on server equipment that will almost certainly be obsolete in 18 months.

In this week’s blog post you can read about bitmain, the largest miner in the world, they’ve had quite a 12 months.

What about the price, I hear you shout! Well the price is well down from its peak as we know and possibly below the trend that we saw emerging in 2016. That said, it could still go lower because of some of the factors above, particularly miner liquidations. The first chart is a good guide though, the more people enter the ecosystem the better, the more transactions the better and for that we need better UX, better custodial solutions and the money will continue to come.

Final chart, nothing to do with the blockchain but worth mentioning since I refer to it so often. The Grayscale Investment Trust released their Q4 report last week, 66% of all their inbound flows to the fund were from institutions in 2018; that is before we had custodial solutions serving institutional investors. I’d expect that as these solutions roll out we will see this inflow rise. 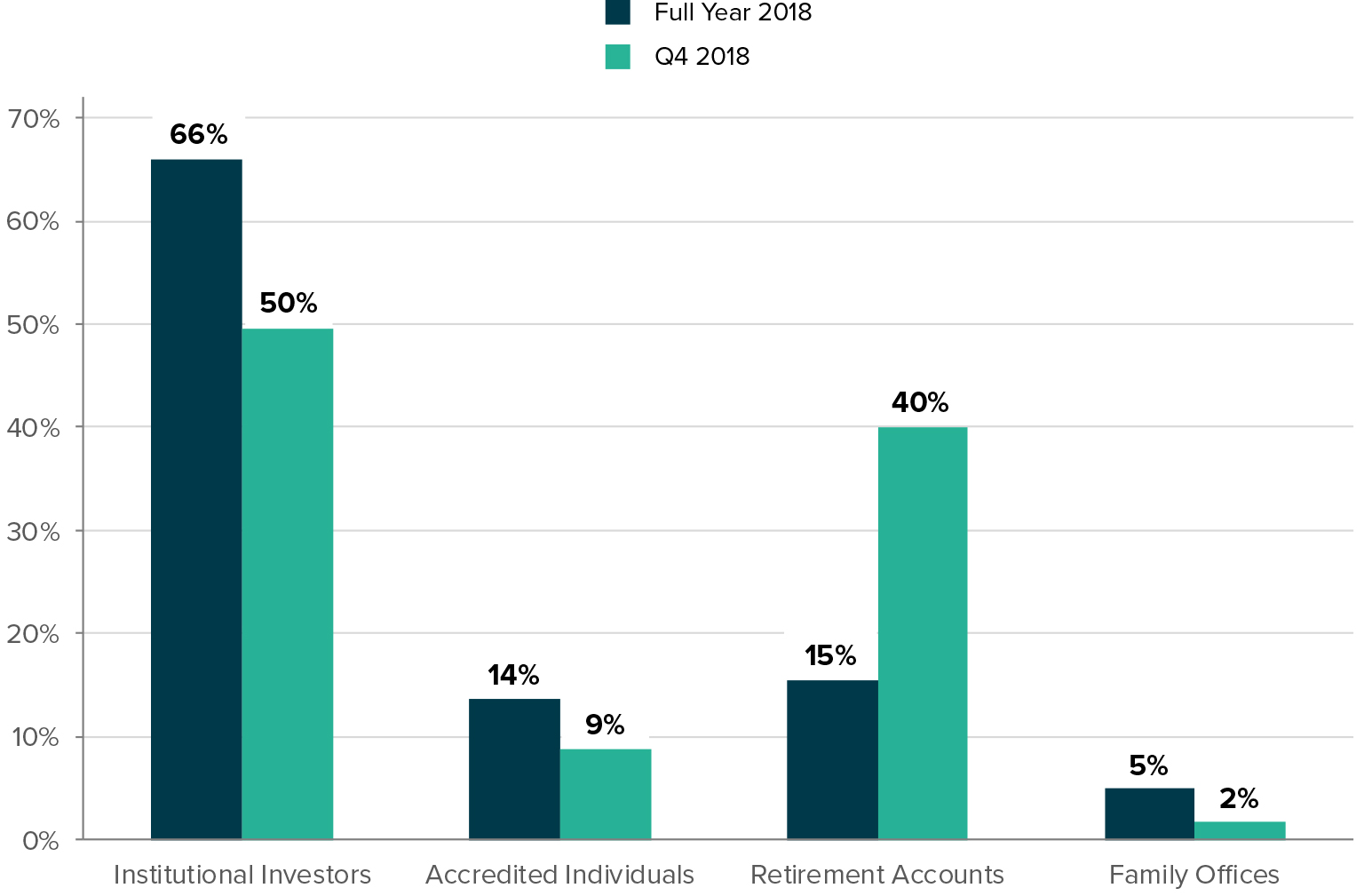