Answer: The Monster Beverage company (MNST.O) up 60,000% per cent since the year 2002. It has 35% per cent market share in the energy drinks category. Things have been a little more challenging recently, even so it’s impressive stuff.

Compare that to bitcoin where the first recorded price was $0.003 in 2010, 18 months after its creation (before that it was basically free if you knew how to get your hands on it). In May 2010 it rose to $0.01 and by July it was $0.08, arguably at that point a meaningful market had been established. 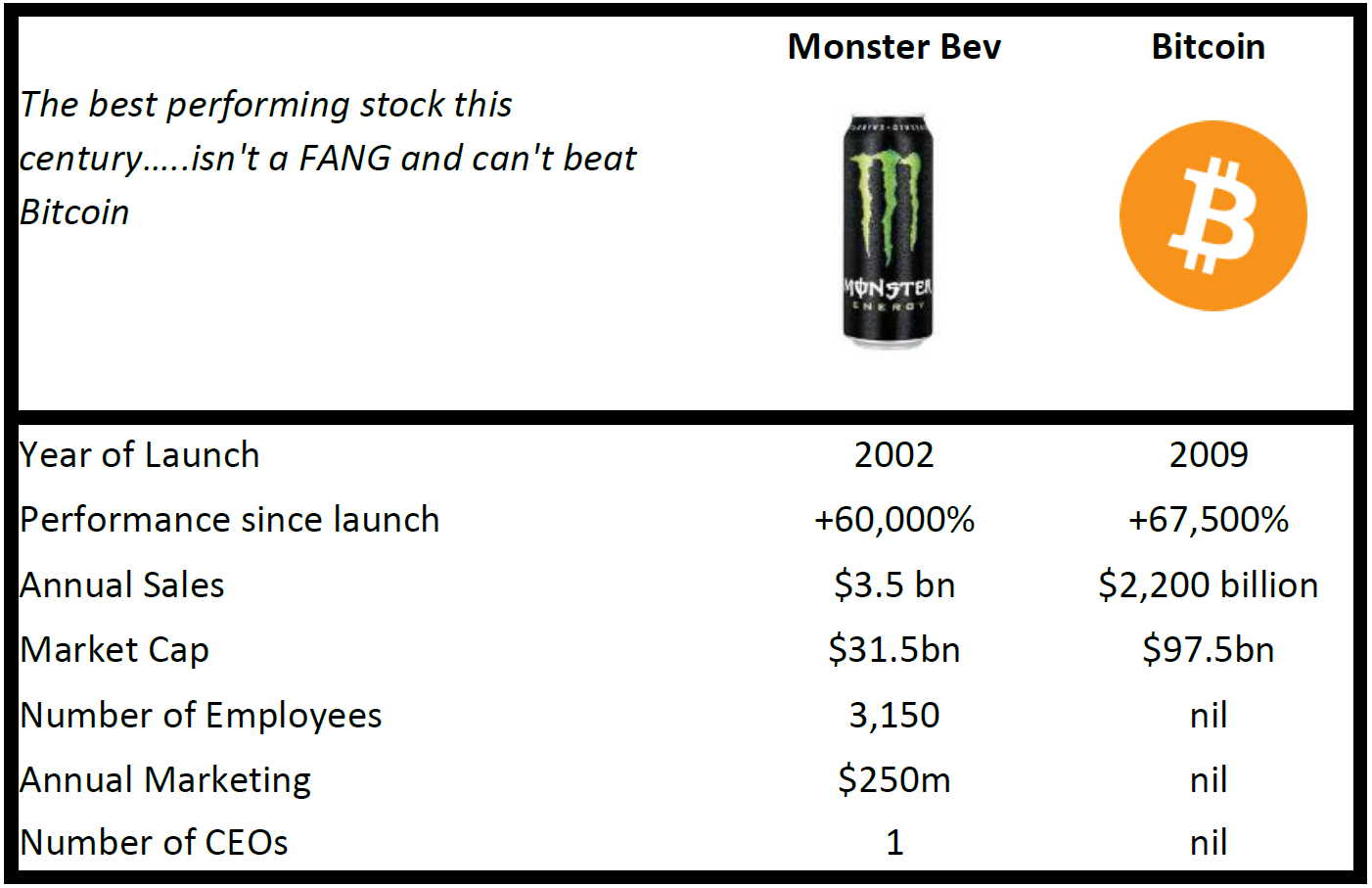 A few weeks ago we noted some structural changes at venture capital giant Andreessen Horowitz which implied they would focus more on crypto. It’s understood that staff at the firm are currently being asked to declare their private crypto holdings prior to the firm making further announcements about their planned investments.

Ben Horowitz, one of the firms founders, pointed out recently that new technology is very often worse than incumbent platforms when it is first released however it is the new features that are exciting. In the case of blockchains the ‘new feature’ is the replacement of a trusted third party, like a bank.

They plan a further $1billion investment in the sector and now list bitcoin as one of their major investments on the site.

For the rest of us, one of the most compelling factors about the asset class is that it is open to everyone. Ordinarily the thousand per cent return + investments are reserved only for VC investors who get to see opportunities that others do not and buy at the seed stage. Not so in this sector, if you want to buy bitcoin, you can and at the same price as the rain makers in Silicon Valley. No cap tables here, the price is US$5,800 whether you are Mark Andreessen or Bob from Birmingham.

Blockchain Capital released some research this week on the demographics around bitcoin with a very bullish outlook for the future. The research suggests “bitcoin is a demographic mega-trend led by younger age groups”. Two different surveys done in the late 2017 and early 2019 indicate significant increases in “Bitcoin awareness, familiarity, perception, conviction, propensity to purchase and ownership”. The most striking part about the data was the time in which the surveys were done – 2017 being a bull market for bitcoin whilst early 2019 was coming off the back of a very weak period. 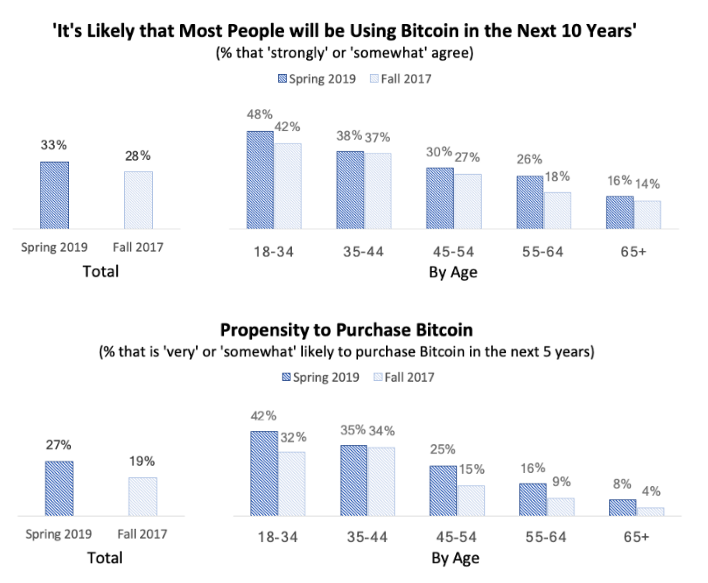 Both interest and belief in bitcoin are significant and growing in the 18-34 and 35-44 age groups. With these age groups expected to account for the majority of disposable income over the next few decades.

If we draw a (very) long bow, it is not inconceivable that an inter-generational wealth transfer could happen through the adoption of an alternative monetary base. This would be considered an extreme view but seems entirely appropriate given the liabilities that 18-44 have been left with, they can simply erase them by rejecting the current currency base. A laughable idea, right? 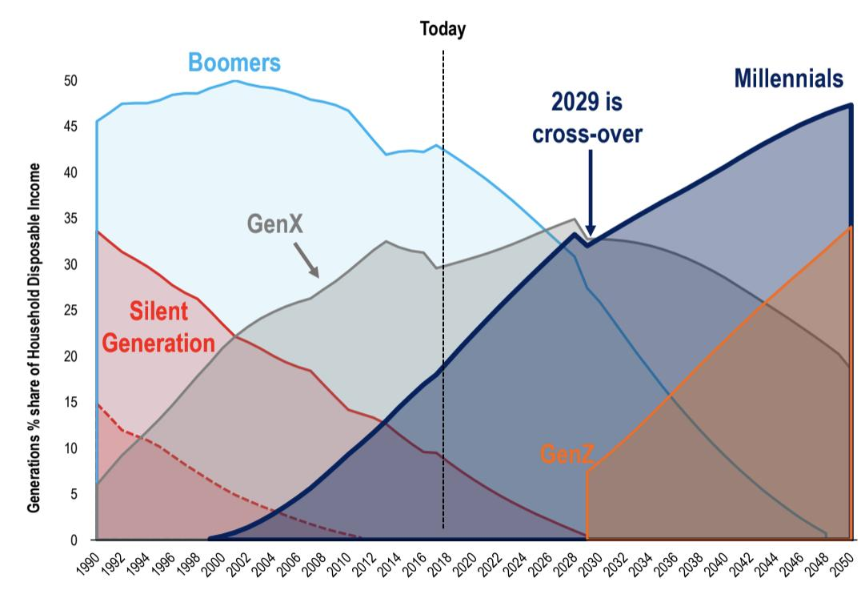 If you are interested in learning more about how all this works, it can be instructive to run your own bitcoin node. This allows you to independently check all your transactions and validate that what you are receiving is in fact bitcoin. A lot of people are confused on the difference between bitcoin mining and running a node. Mining requires sophisticated equipment, cheap electricity and a good deal of know-how. Nodes do not. To prove it we found the oldest computer we could and now we run bitcoin on it. The Dell Precision M4300 in the picture was introduced in 2008 (before bitcoin was invented), at 11 years old it isn’t able to run the latest version of windows but is perfectly capable of running bitcoin. Full instructions here if you are interested in having a go. 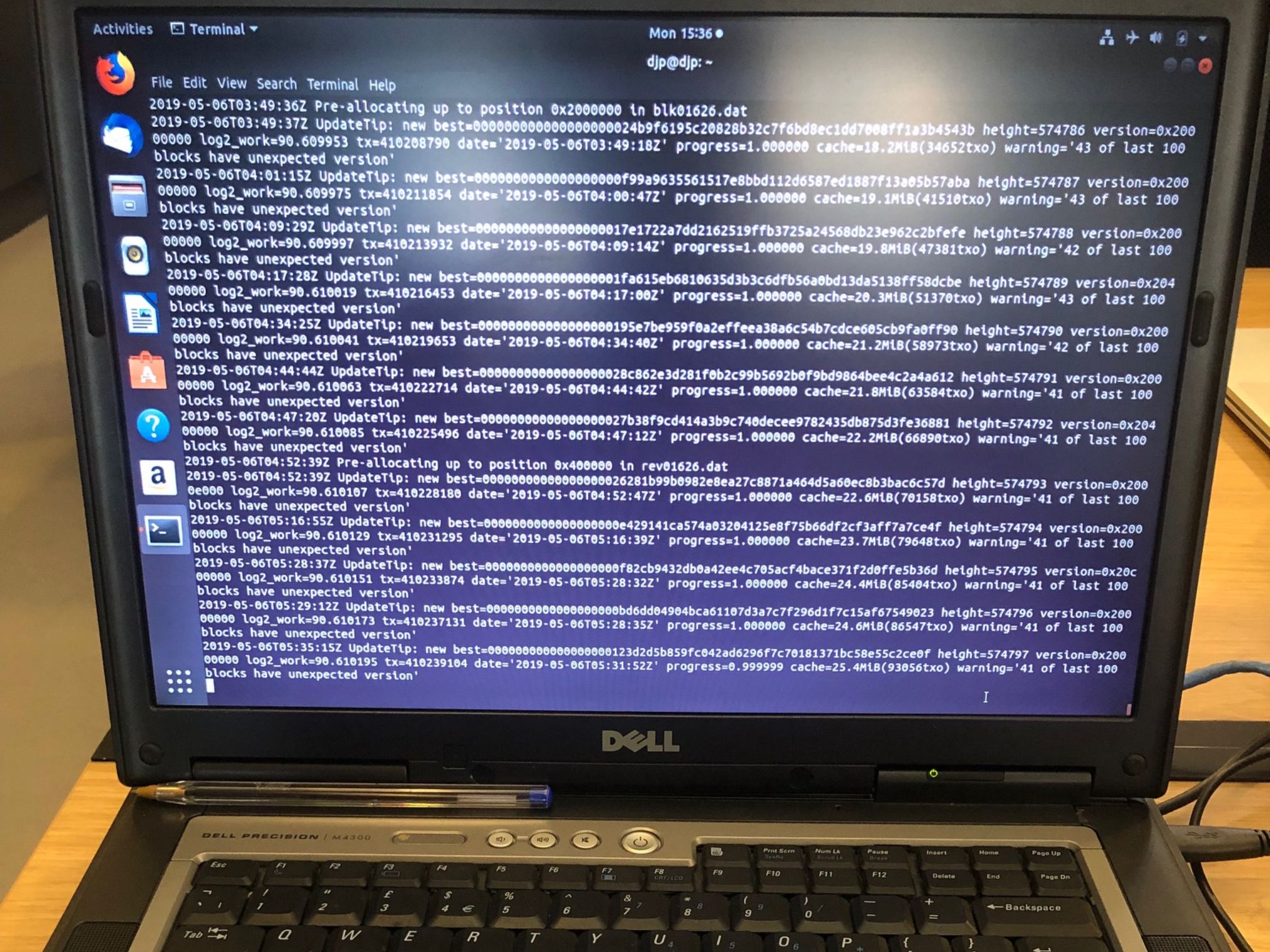 This week saw Warren Buffet call Bitcoin a “gambling device” and like “seashells.. that do nothing” following his remarks last year that it was “rat poison squared”. Whilst we certainly do respect the veteran investors, he has previously spoken about blockchain being “ingenious technology”. Given we consider bitcoin to be the single best application of blockchain, we decided to compare the performance of bitcoin versus both Buffet’s Berkshire Hathaway and the Nasdaq over the past 5 years.

A single $100 investment into bitcoin in 2013 would have netted you 169 times the same as that into Berkshire and 149 times the Nasdaq index. We can only hope Berkshire sees the light before the train has left the station.

(incidentally in the graph below you can’t really see the Berkshire line which is masked by the x axis – enough said). 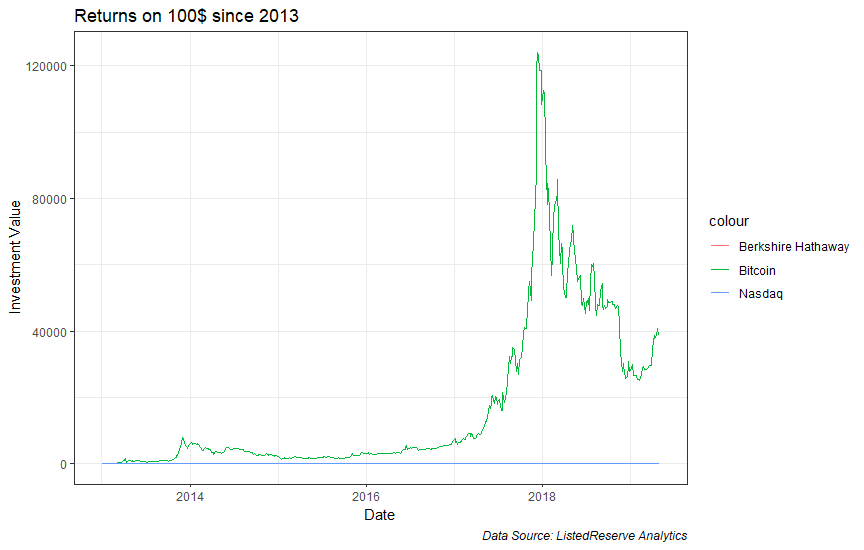