For those of you that follow counter-indicators, here’s a good one for you:

On March 22, 2019, they declared “Wall Street is backing away from bitcoin”

Popular website 99bitcoins keeps a track of all bitcoin obituaries over the years (now up to 348).

US Investment firm Bitwise made a submission to the SEC last week in support of an ETF. They produced some solid analysis on crypto-exchange volumes showing that 95% of claimed volume on smaller exchanges are fake wash trades.

This has been suspected for some time and shining a light on these dark practices will be helpful long term.

They found the top 10 exchanges worldwide were regulated (with the notable exception of binance.com), they were playing by the rules and all exhibited strongly correlated volume (which is exactly what you would expect). Furthermore, the price in those market was highly efficient with spreads <0.1%.

Once real volume has been identified, the bitcoin market compares favourably with gold. 0.39% of total bitcoin supply turning over daily compared to 0.55% for gold. 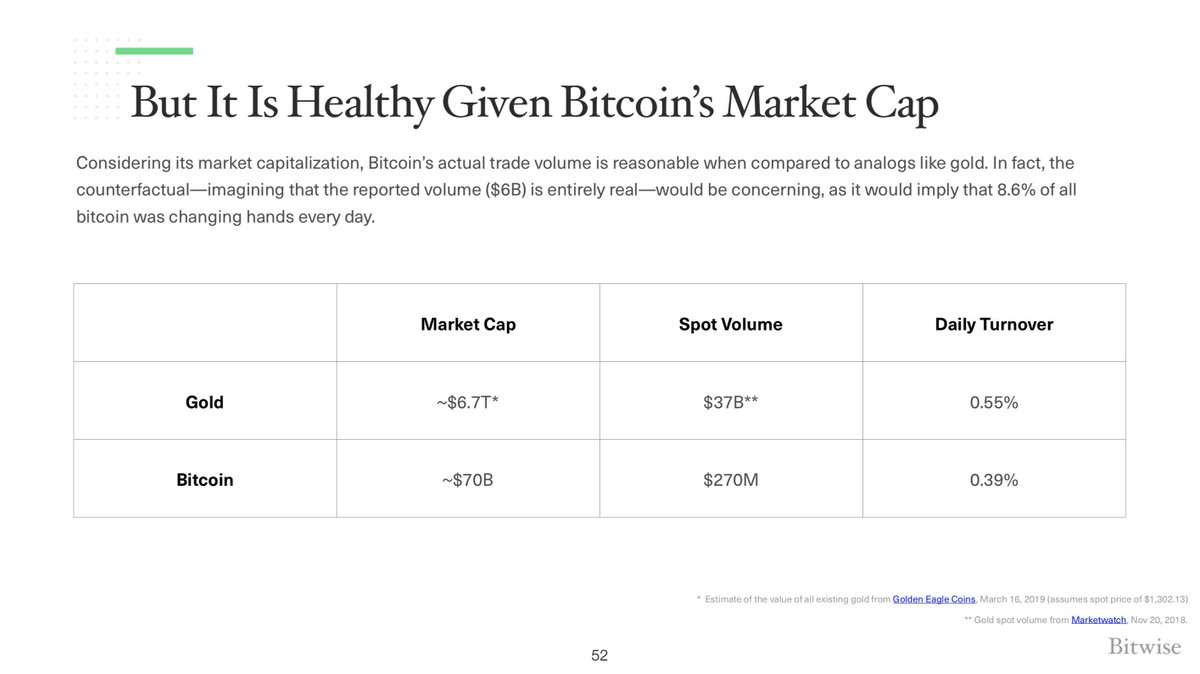 Modern Monetary Theory (MMT) is a hot topic, particularly in the US at the moment. The theory goes like this:

MMT has been around since the Romans, who latterly debased their currency on multiple occasions. It has the happy side effect that in absolute terms it is factually correct and works for a while. Expect it to go head to head with bitcoin over the next ten years, one solution being you can have everything you want and just print money, another being you most likely cannot and you will be forced into fiscal discipline by a digital gold standard.

You might consider which currency you would rather hold as battle commences.

In 2017, Cosmos raised US$17m for their interoperable blockchain suite. The project looks to address the three major current issues of blockchain, in the form of usability, scalability and inter-operability. The launch was well received and Cosmos traded at roughly 43 times its ICO valuation, although it has pulled back since. 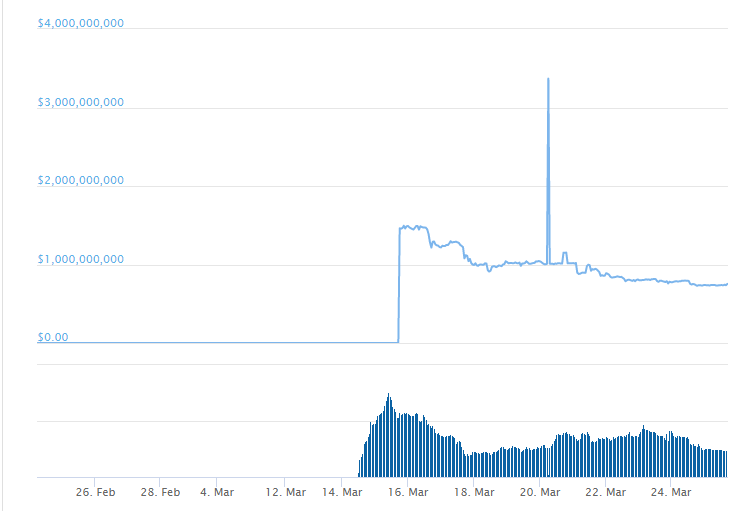 Interblockchain connectivity is ambitious technology, which we have written at length on here. Cosmos is the first live implementation of it but it will have competitors in PolkaDot and Hyperledger’s Quilt.

We will put together a full analysis on the blog in the next few weeks explaining how it actually works and what we think of its longer term prospects.

Quick note on the bitcoin hash rate. This measures the amount of computational effort it takes a miner to resolve a block and earn the block reward. Difficulty adjusts every two weeks to keep block times consistent at 10 minutes.  This week, difficulty rose 3%, however block times are already below 10 minutes and it looks like difficulty will rise again in 10 days time.

You might view the hash rate as the closest thing to a P/E ratio in crypto. Where P/E is low you might buy a stock because it is cheap and the return exceeds the opportunity cost of your investment. Similarly where hash rate is ‘low’ versus the bitcoin price, you might buy mining equipment and take advantage of the hash rate to mine bitcoin more cheaply than you could buy it on the open market. Thus rising hash rate might be viewed as a leading indicator of price expectations.

In the chart below, the steadily rising blue line is hash rate; red line is the bi-weekly difficulty adjustment to keep block times consistent at 10 minutes.