After months of minimal volatility we got a strong price move, with bitcoin down over 10% on the week. Alternative currencies also continue to suffer with many dropping more than 30% over the same period.

One of the causes was multiple legal cases brought this week by the SEC against ICOs, including KiK Token which raised over $100m in 2017. There are over 2000 such coins still listed on CoinMarketCap. This is causing great nervousness amongst those who launched ICO’s in the boom, most of which were clearly in breach of securities regulations. Consequently, it’s liquidation time in the Wild West.

We should make clear that there is a world of difference between an ICO and Bitcoin. Bitcoin is not a security and the SEC, ASIC and other regulators around the world have made that clear. The sooner many of these alt coins die, the better. Good riddance.

This fascinating video reveals the scale of bitcoin mining and what’s actually required to be successful. Cheap power first, fast processors second. More importantly though, it shows how reliant bitcoin is on renewable power. The key ingredient to success is cheap and renewable energy.

Corporate blockchain Hedera went live this week with tokens released to investors. As predicted, almost everyone is underwater, with final seed round investors sitting over 60% down. A very expensive database. 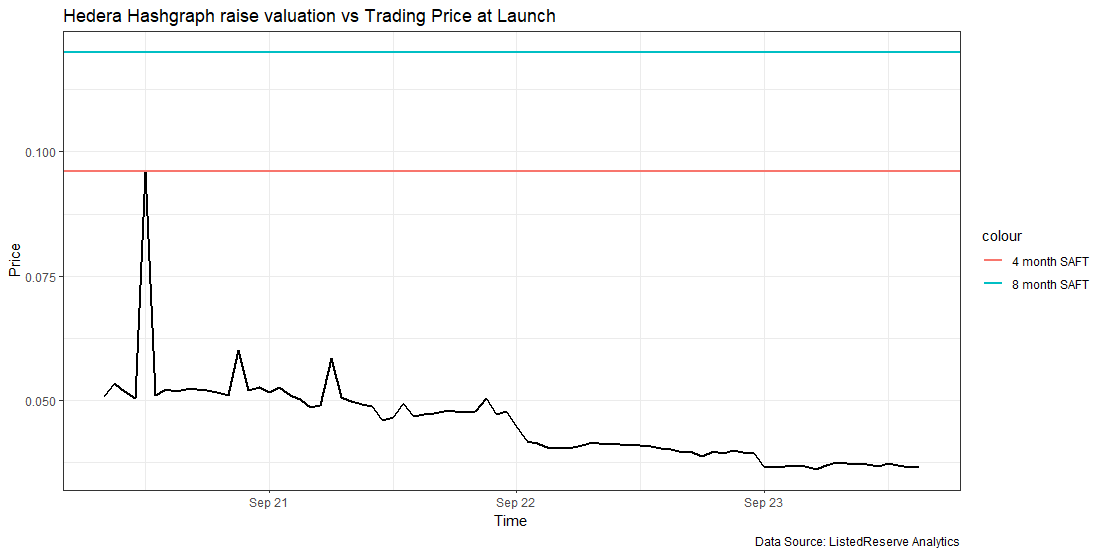 Bakkt bitcoin futures are live after 18 months of industry anticipation. The chart compares first day volumes for Bakkt with the first day of cash settled futures on CBOE and CME, far lower.

It’s no surprise, physically delivered bitcoin futures are much more dangerous than cash settled. If you are caught on the wrong side and need bitcoin urgently, it could be terminal. As I’ve said before, only for the very brave and the volume proves it.

Longer term, I think these products will produce real fireworks. Generally futures are useful for calming volatility over time but bitcoin its not like other financial products, a lot of people still cannot compute what limited supply means (because almost nothing else has it). Over the next few years that lesson will be dealt out to someone on the short side. 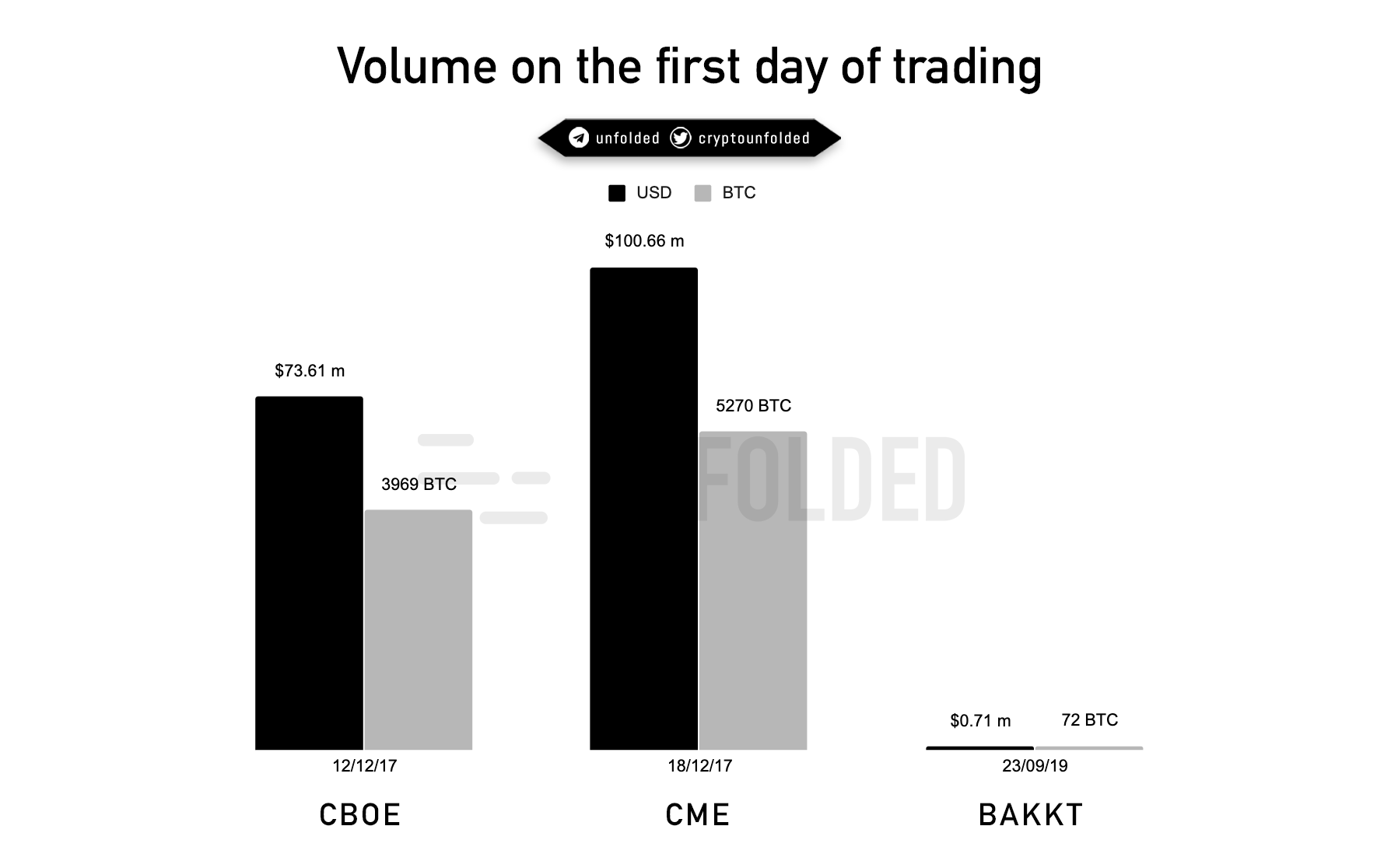 Some eye catching detail in the world of money printing, this time in Japan. Net inflows to Japanese stocks including and excluding purchases by the bank of Japan are revealing. Since 2018, foreign investors have withdrawn 13 trillion Yen from the local stock market, all of this and more has been mopped up by the Bank of Japan. All all with printed money.

The Bank of Japan is now a top three shareholder in the majority of Japanese companies in the Nikkei 225 Index. As an example, giant clothing retailer Uniqlo is 20% owned by the BOJ.

We have been here many times before with well intentioned money printing. The Mises Institute recently published an excellent article about the history of similar schemes. It’s worth a read.

For the record, the message isn’t don’t buy stocks. The message is, don’t be the last one holding them. 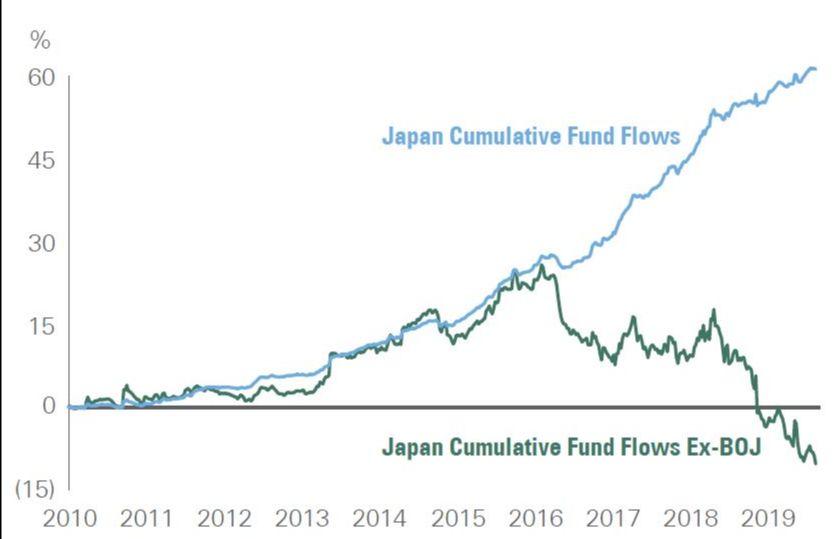