Me neither……it means “Competition for the best money”. That was the headline in Switzerland this week. The former Chief Economist of the Swiss National Bank arguing that negative interest rates and unlimited QE are destroying existing currencies.

He points out, that the continuation of negative interest rates is a tax on money and will lead people to find alternative currencies,  which may include cryptocurrencies. Soon, it will become obvious to everyone that you cannot simply print more money and lower rates endlessly, the can has been kicked down the road since 2008 and it is still being kicked.

“Soon”? Not sure what soon means here, but what is sure is that in Switzerland they know hard money and they know that at some point the game will be up.

In September 2011 Mt Gox, the biggest bitcoin exchange in the world at the time was hacked. Over the next few years 850,000 BTC were stolen. At today’s prices that is a $3.5 billion theft and the largest heist in history (at the time of bankruptcy the theft was worth about $450 million).

Mt Gox went into liquidation and since then clients have being trying to recover their funds and with some success. The liquidator managed to recover some funds from various bitcoin addresses, they can be monitored here.

So, Mt Gox remains an issue for bitcoin. It crushed progress for years and the unwinding of this liquidation still hangs over it, the sooner it’s over the better but hope they don’t dump their holdings all at once.

The influence of the biggest cryptocurrency exchanges was on show this week, as Binance and Shapeshift decided to take a political stance against the contentious Bitcoin fork ‘Bitcoin SV’, delisting all of their trading pairs and publicly denouncing the currency.

The hostility towards SV originates from its controversial public figurehead, Craig Wright, who claims to be the original creator of bitcoin. With Wright initiating legal action against a number of people in the space for social media posts declaring him a fraud. Binance CEO CZ quickly decided on delisting the currency. 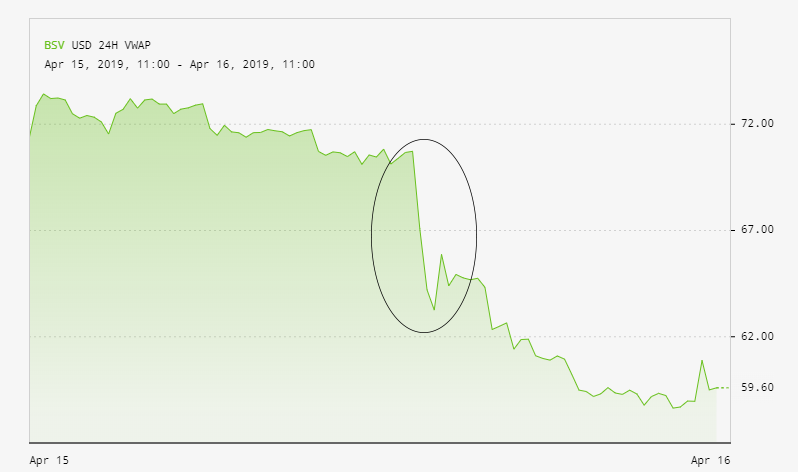 This had a predictable influence on the price of SV. The circle shows the timing of the tweets that went out announcing the delisting, with the price going from ~US $70 to under $60. Expect more price pressure on SV in the weeks ahead as other exchanges consider similar changes.\

One of the things we wrestle with constantly is how to value digital assets. So many of them do not conform to the traditional valuation methods that we might apply to equities or bonds.

This week we were introduced to the latest valuation method, Cumulative Value Days Destroyed (CVDD) from @willywoo. This makes use of the fact that we can tell from the blockchain how many days someone has owned their coins (we discussed for example HODL waves a few weeks ago). CVDD is broadly a multiple of the value of a transaction by how long the existing holder has held it. Think of it as a proxy for long term investors getting exiting an asset class.

This method has been reasonably predictive in the past, mapping the lower bounds of price in the 2011 and 2015 bear markets, possibly it will be applicable to the one we are in. If so, it suggests we have bounced off the bottom. 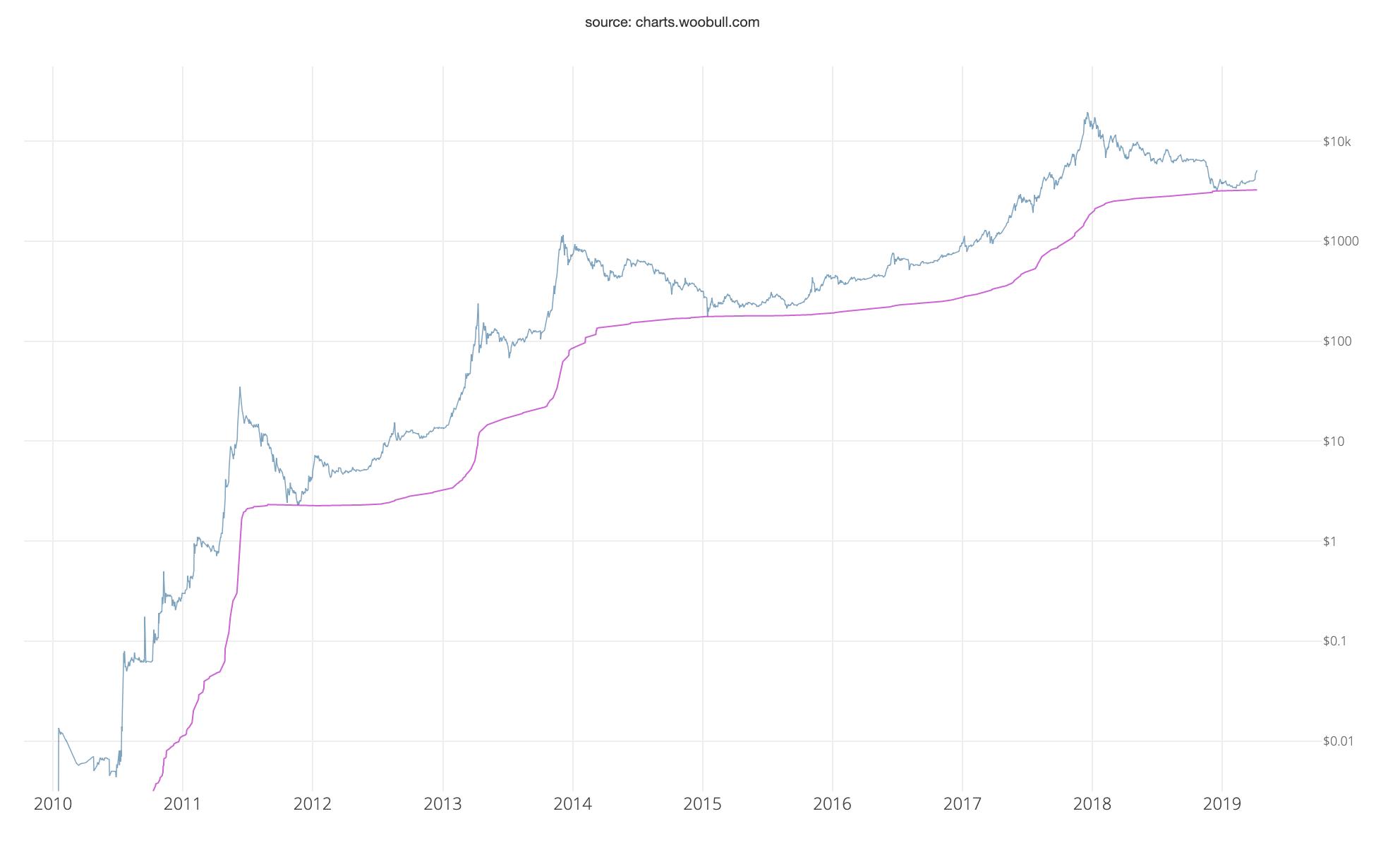 The French parliament this week lifted restrictions on institutions investing in crypto-currency. The amendment took place through something known as the Insurance Code and the Pacts Act which will allow institutions to invest in digital assets.

Elsewhere, the French head of the IMF, Christine Lagarde acknowledged in an interview this week that crypto-currency was “shaking the system”. She was also very keen to point out that regulation is required to make sure it is done in a way that “maintains stability”.

It sounds encouraging but actually the thinking is poles apart from reality, the existential threat that crypto-currencies present for national currencies just hasn’t sunk in yet. Many battles ahead I suspect.