Libra Coin
Facebook released the promised whitepaper on their new cryptocurrency this week. Hats off to them for the scale of the ambition, which can be summarised as taking over the world of retail banking.

What’s good about it?

What’s bad about it?
What does it mean for crypto?

So, digital currencies are hitting the mainstream. 2 billion people will shortly have access to cryptographically managed money. It will serve as massive advertisement for the sector.

Expect bitcoin to absolutely hoover up this liquidity when people realise that by holding Libra, they are actually holding their value in USD, EURO and the associated government debt of those regions.

Line one of the Libra white paper emphasises their goal to produce a  “low volatility” cryptocurrency. A major criticism of crypto and bitcoin is that it is “way too volatile for me”. It’s a fair criticism too, but when things are growing fast, they are volatile. Once volatility is gone, you may have missed the best opportunity to gain. This is well illustrated in the charts below you can see the daily gains starting to coalesce and similarly the falling trend on the time series. That’s not to say there won’t be minus 20%+ days, there will be, but likely with decreasing frequency.

It’s still a wild ride compared to most assets and it will be for years but once the volatility goes, the outsize gains will go to.

Bitcoin mining has rate reached an all time high of 62.5 quintillion (10^18) hashes. This means the number of calculations per second that are being used to mine bitcoin blocks. The number is so large it is meaningless. So for fun here is a visual depiction.

The only thing we could find in the bitcoin order of magnitude was the volume of the Sun 1.409 x 10^18. A laptop computes at about 10^9 in calculations per second. In planetary volume terms, planet Pluto has a volume of 7.5 x 10^9

So the sun is bitcoin and Pluto is your laptop. Good luck finding it. 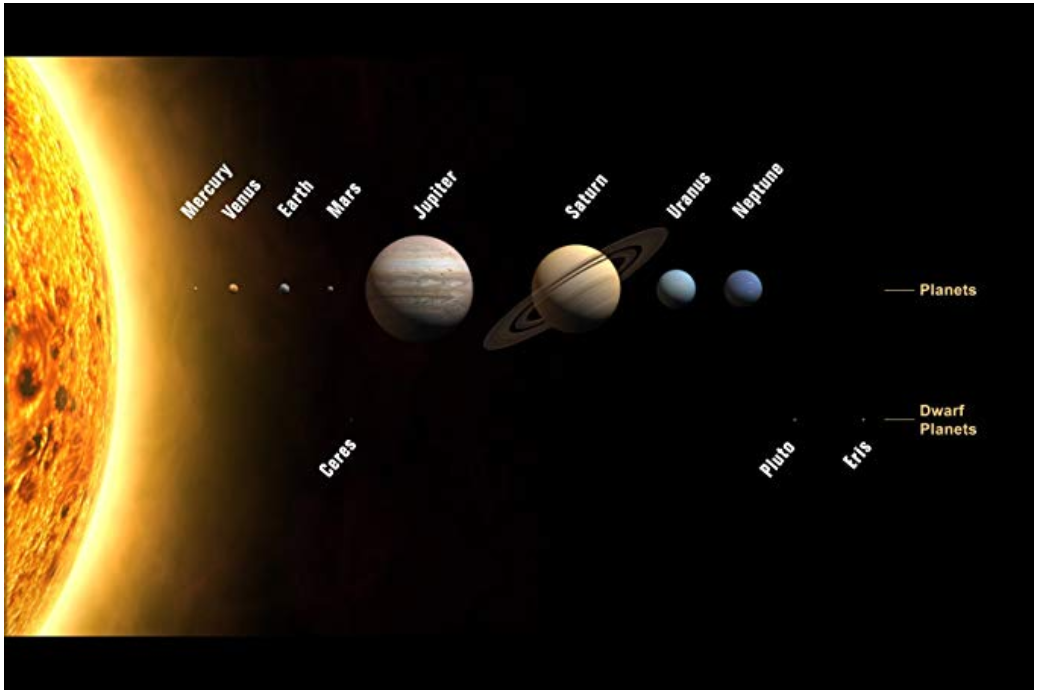 Binance launches in US

Binance announced a US facing exchange this week but in the meantime they have banned US investors from using their current site. US clients have 90 days to extract their assets from binance before the closure.

Binance have clearly spoken to US regulators about what it will take to get their exchange formally registered in the US and taken this action to satisfy them. Increasingly, a two tier world is emerging in crypto, America and everywhere else.

In particular, this will be bad news for the altcoin market, where US users make up a lot of the volume . This could well have been one of the reasons for the spike in bitcoin this weekend as well as smaller coins were liquidated for BTC prior to transfer off Binance (BTC liquidations are allowed on Binance without KYC).

Bitcoin Cash is one of the many bitcoin forks that have arisen over the years. Born in 2017 during the first fork wars it is currently valued at $400, it reached as high as $4,000 in late 2017. Bitcoin Cash has a number of issues now. In particular the transaction count is falling consistently, with reportedly one address accounting for over half of the transactions. This suggests someone is working hard to keep air in the BCH tyres.

The killer blow may come from developers though, there are only six main developers for bitcoin cash (compare that to thousands for both bitcoin and ethereum), and they are running out of money. Originally funded by the man behind Bitcoin Cash, Roger Ver, messages over the weekend on their blog seem to indicate that their patience and money is running out.

Grayscale Bitcoin Report
Grayscale released a report this week with some interesting findings regarding Bitcoin’s capability as a hedge against global liquidity risks. They considered the performance of Bitcoin during some recent periods of macroeconomic turmoil, relative to a number of relevant international performance benchmarks. 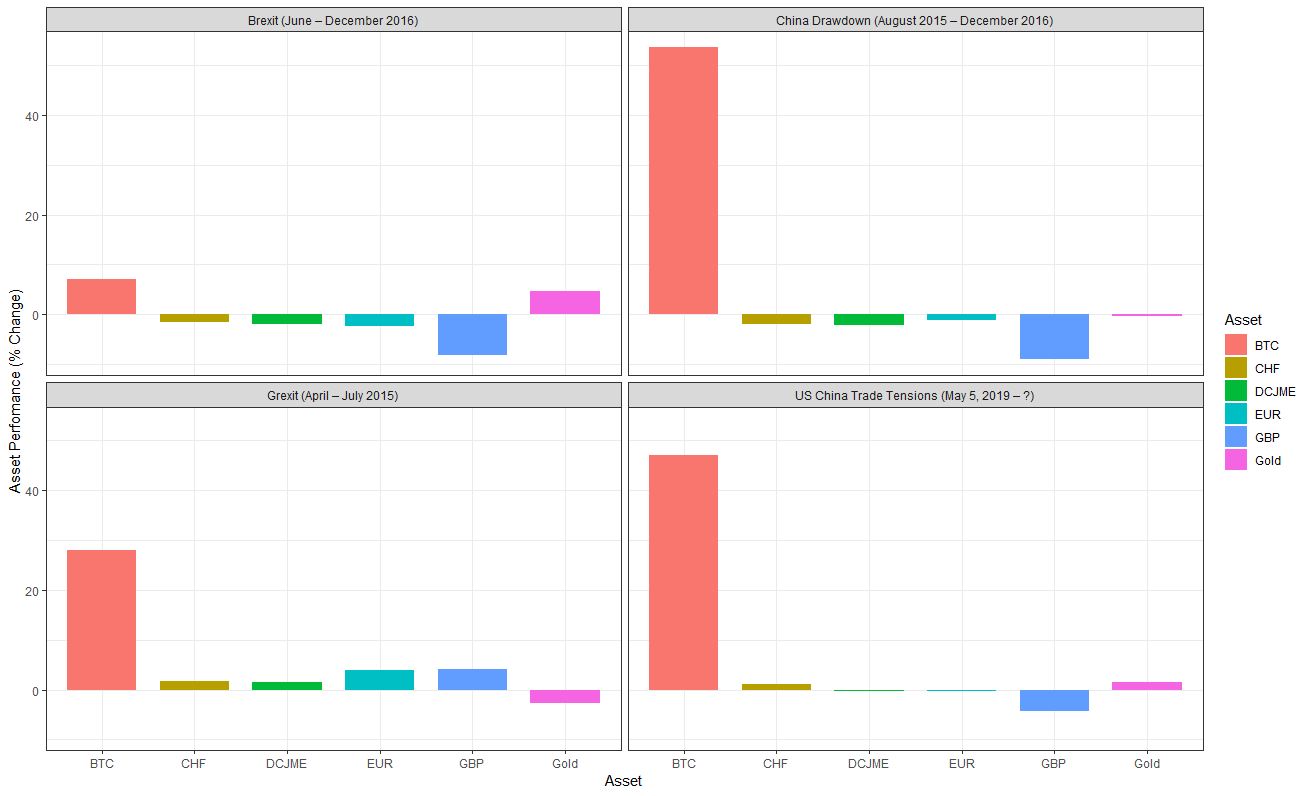 It’s hard to draw too many conclusions here because some of those periods represent a rising tide for Bitcoin anyway and in a general crash Bitcoin will likely suffer as people liquidate what they can.

Early days then to call it a counter-cyclical hedge, but clearly the big institutions are crunching the numbers.