The lightning network continues to grow despite the crypto gloom. The recent acceleration in terms of money in the network is impressive. That’s happening for a number of reasons, firstly more and more apps are starting to use lightning and secondly, wallets that simplify the UX are now being released to users.

Incidentally, in the picture the dots are nodes, to run one you need a full bitcoin node and a lightning node on top of that. It’s a fair bit of technical effort to do it which makes the growth explosion even more encouraging.

Why are people bothering? Well, you can send your bitcoins around the lightning network for very small fees and also if people route their payments via your node, you collect fees. Hugely encouraged by lightning and more to come on this.

Full article on latest here on the blog https://www.listedreserve.com/lightning-network-an-update/

The quarterly report from Coindesk was out this week, it’s a good summary particularly for price and volume action through the major assets in the class.

Most interesting though was the sources of funding for the sector moving back towards VC from ICO, a trend we expect to see continue in 2019. 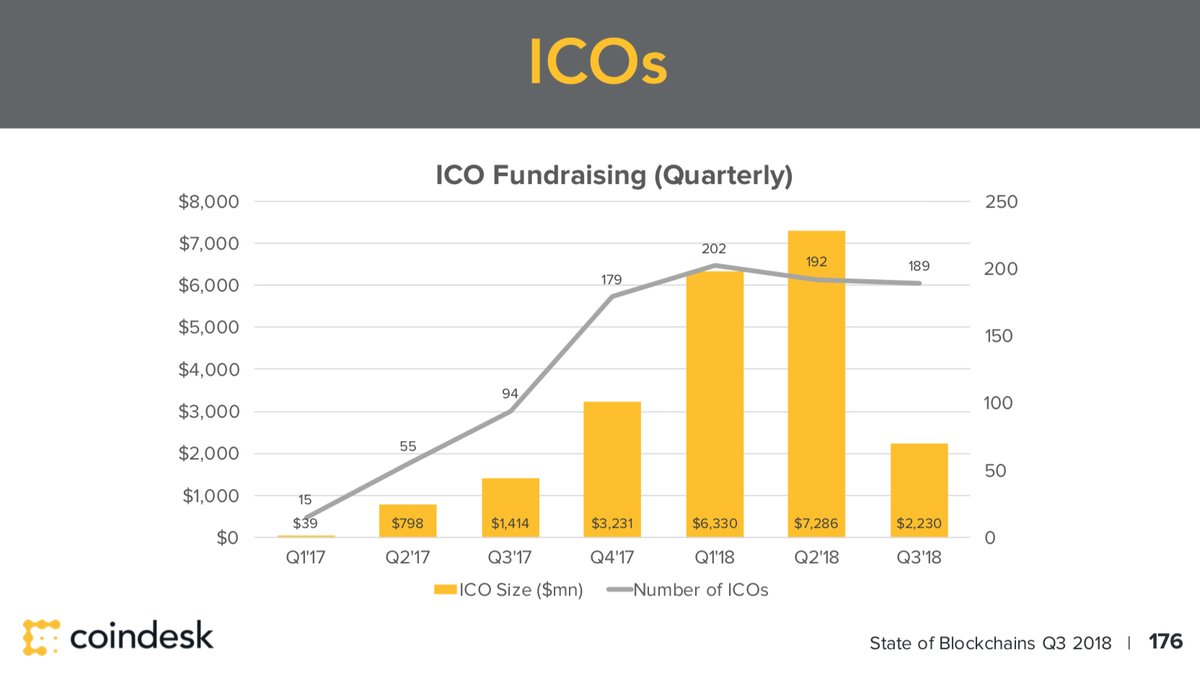 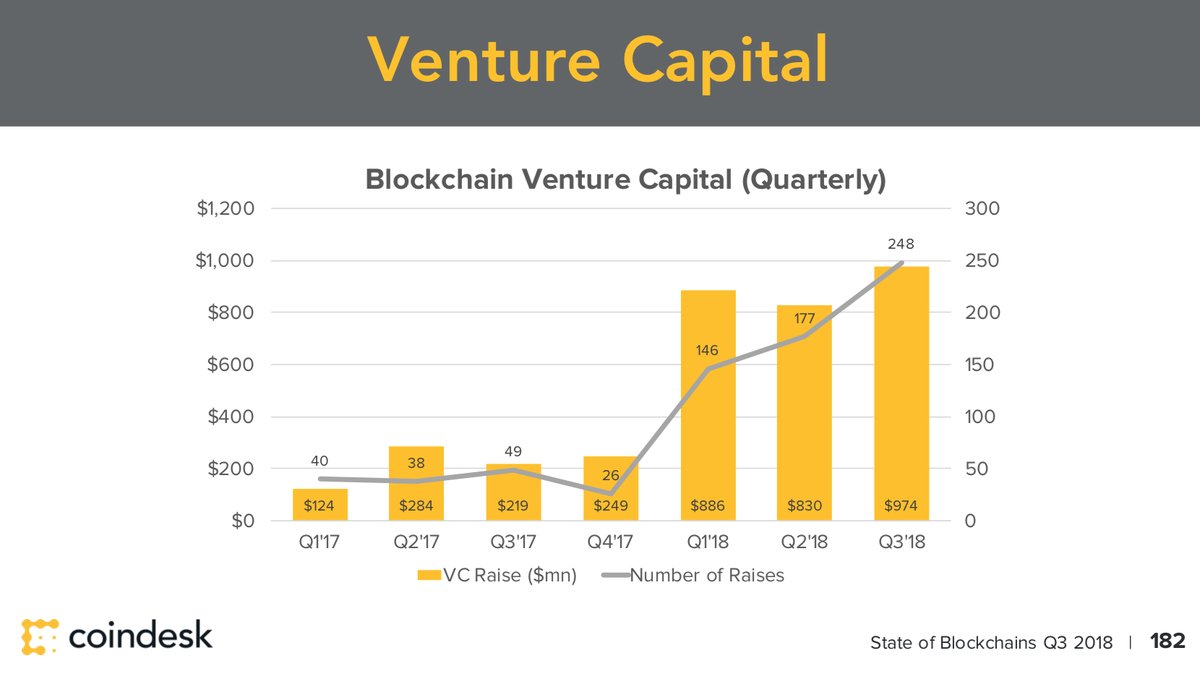 Coinbase announced support for a number of new assets this week including CIVIC, district0x, Loom Network (LOOM), and Decentraland. More importantly though, they went on to add they are going to support many more:

“Coinbase’s goal is to offer support for all assets that meet our standards and are fully compliant with local law. Over time, we intend to offer our customers access to greater than 90% of all compliant digital assets by market cap”

Good stuff from Coinbase especially at at time when some of these assets could use the support. Addressing the reference to “our standards”, Coinbase referred to their digital asset framework.  https://listing.coinbase.com/policy.

Although the policy came in for some criticism (mostly due to reasons around ownership of private keys) it strikes me as a fairly sensible rule set and is actually worth reading for a better understanding of the challenges the ecosystem faces.

Ethereum founder Vitalik Buterin released a document outlining the mechanics of a CBC Casper implementation this week, providing an insight into a potential future upgrade to Ethereum. ‘Ethereum 2.0’ has been defined as the following three protocol upgrades (each of which we will cover in a blog series):

From a market point of view, the announcement sparked a surge in Ethereum’s price (in BTC terms). The market had generally been bearish toward Ethereum over the last month, with its price declining against Bitcoin significantly. Investors had become disillusioned with the lack of progress in the implementation of Ethereum 2.0 so this was timely and we might see further buying as new details are released. We need a top quality smart contract protocol and I wouldn’t bet against it being Ethereum long term.

Credit to Murd Mahmudov for this chart laying out the likely path of the Lindy effect for bitcoin. The Lindy effect sets out that the life expectancy of a non-perishable, like technology, is proportional to its current age. The slightly circular argument that the longer you survive then the longer you will survive, which by the time you have finished thinking about it is already true. Good chart though. 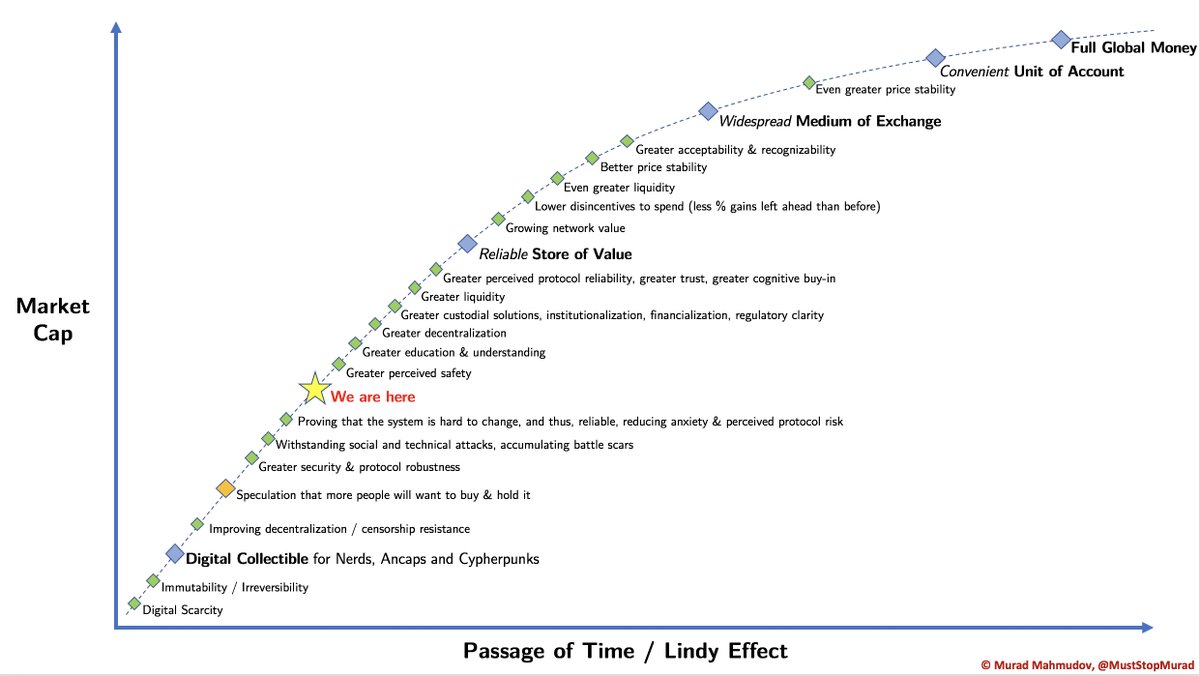