Outright war for the control of Bitcoin Cash (BCH) this week (BCH was created from the original fork of bitcoin on in August 2017). Fascinating stuff with the world’s largest miner Bitmain involved in protecting the major investment they are believed to have in BCH. The new forked coin Bitcoin SV is being supported eccentric Bitcoin community figure Craig Wright. We have a detailed article on medium about the fork here, but it is likely we will see a hash power war between Chinese mining giant Bitmain and the man who claims to be Satoshi Nakamoto.

In the US, institutional cryptocurrency trading and investment platform Bakkt is nearing its launch. Bakkt will provide a seamless trading experience for institutional players, providing custody, futures and market infrastructure. It is a key mechanism for allowing institutional investors to be involved in digital asset investment. We have pointed out before the importance of institutional money and platforms to support it and this is another step forward.

Ethereum held its annual development conference in Prague recently, with general sentiment about the conference being relatively bearish. Less emphasis on ICOs compared to a previous years with the focus on building out Ethereum applications and infrastructure. Ethereum’s 2.0 update was also again tentatively delayed, as the new Proof of Stake protocol it plants to implement remains in development.

Just 10 years ago, the release of the Bitcoin whitepaper marked the beginning of the cryptocurrency industry. The graph below (log scale) shows that despite the hype and the rises and falls actually the progress of bitcoin is steady(ish) and some would say inexorable. 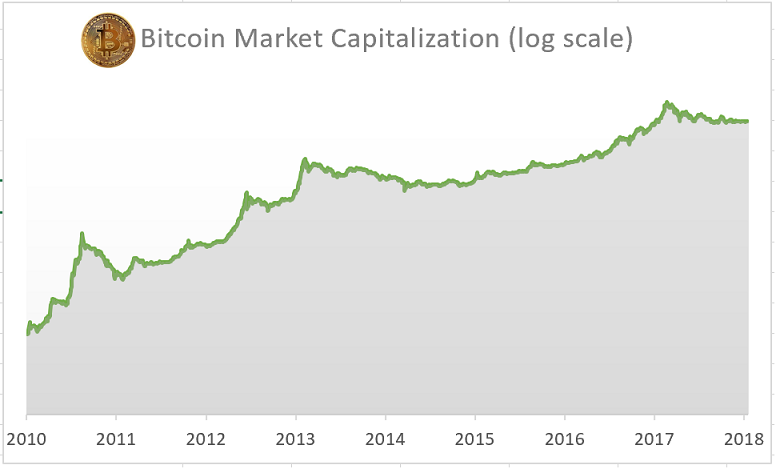 Adoption for digital currency is crucial for success. The more on ramps the better and with 4000 ATMs globally the ecosystem continues to grow. See the map of global Bitcoin ATMs below 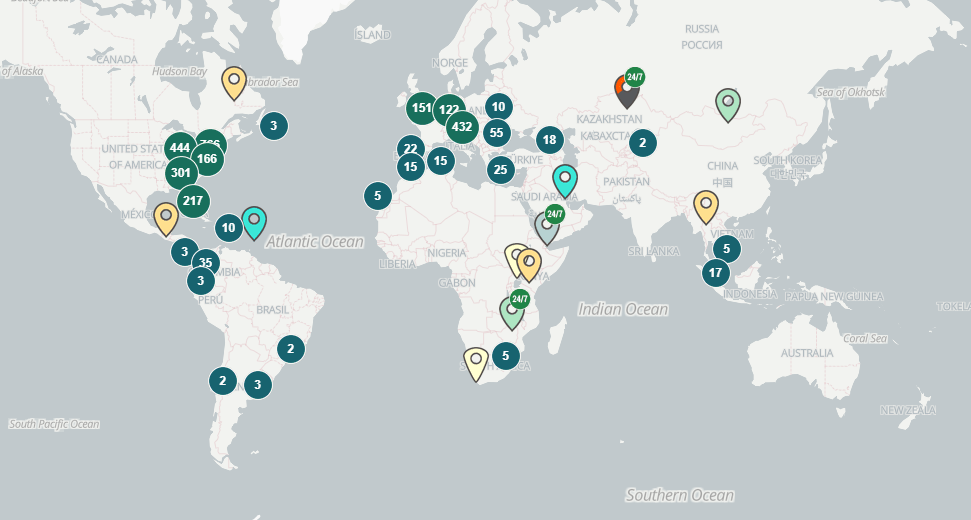 We will touch on recent price declines more next week but the short summary looks like the market has been spooked by the ongoing BCH fork and subsequent hash war. The various forks of Bitcoin Cash are now in a fight for supremacy and that fight will not be free, there could well be more liquidations of other coins to finance their mining operations. Long term this will be good since it will disperse coin holdings but it could certainly mean some more volatility in the weeks ahead. If you want to follow the action live this link is helpful, you can see the relative height of each competing chain https://cash.coin.dance/