Facebook’s march towards cryptocurrency continued this week when they registered a new subsidiary in Switzerland, Libra Networks, which will focus on ‘fintech solutions’ . Switzerland has been a hub for blockchain activity for some years now with favorable regulation drawing in new businesses.

In the meantime a more nimble company, ZuluRepublic, has launched bitcoin payments on Facebooks Whatsapp platform, with a very neat and intuitive interface, see below.

If you want to give it a go visit https://www.lite.im.

Meanwhile, Microsoft has announced their development plans for an identity platform built on the Bitcoin blockchain, Project ION.  The significance here being, that rather than the usual fantasy of private commercial blockchains, you have the largest company in the world anchoring their tech in bitcoin.

Coinbase reported their institutional assets under management have reached 1 Billion USD with institutions making up more than 60% of the volume on Coinbase Pro, their trading platform. Coinbase CEO Brian Armstrong :

“We launched our custody 12 months ago, we’ve just crossed $1 billion AUM from institutions, 70 institutions have signed up, adding about $150 million AUM a month, so, to a large degree that has been a success.”

He added that almost all of their clients are “token and venture funds”  rather than institutions in the traditional sense – like JP Morgan or Goldman Sachs. On the topic of these traditional institutions, Armstrong noted:

“For them [traditional institutions] to take their chips and go all in, I don’t see that in the next year or two.”

Being in Bitcoin before these huge institutions arrive is the key.

As many of you will know, the new supply of bitcoin halves every four years. We are now one year from the next halvening where the block reward will fall to BTC 6.25 per block. What is less well understood is the impact these supply shocks have on the market, despite conjecture that “it’s already priced in”. We won’t really know until the second half of 2020 what impact it has other than the value of new supply will fall to $216m per month (at current prices – also note the article above where Coinbase alone are consuming $150m per month).

Looking back at historic prices on May 21st:

To temper enthusiasm a little, it needn’t be the case that the halvening year itself is particularly strong but once they pass and supply falls in such dramatic fashion (what else has new supply that falls by half?) the price action gets interesting.
The global money supply
An interesting research paper this week from the  team at CryptoVoices about the global monetary supply in comparison to the 21 million bitcoins. Since 2008 in particular, the supply of fiat money around the world has exploded. This is particularly true where the digital component is included: so, for example, those amounts created when central banks buy assets through QE. The first chart sets out this explosion in digital fiat from 2008.

The second chart shows the total fiat money supply by nation (plus gold, silver and bitcoin). Japan (top of the list) is interesting because the extent of their QE program has been so significant. The Bank of Japan now owns three-quarters of all the countries ETFs. How? Easy, they simply printed the money and bought them.As for bitcoin, it’s small but still ranks at number 12 globally. The addressable market is, of course, the sum of all the other bars on the graph. 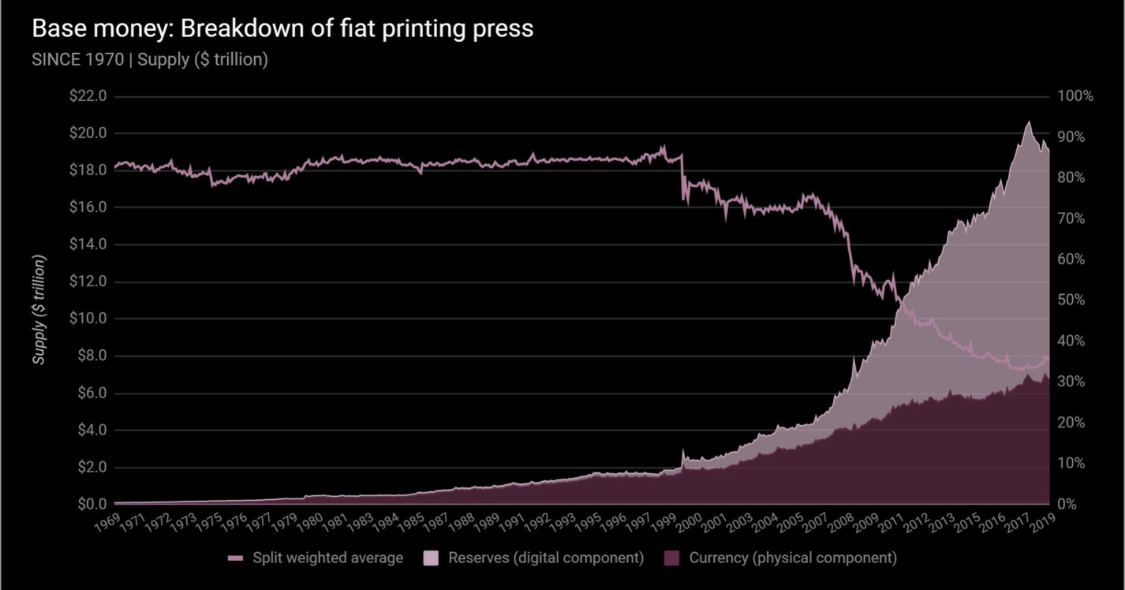 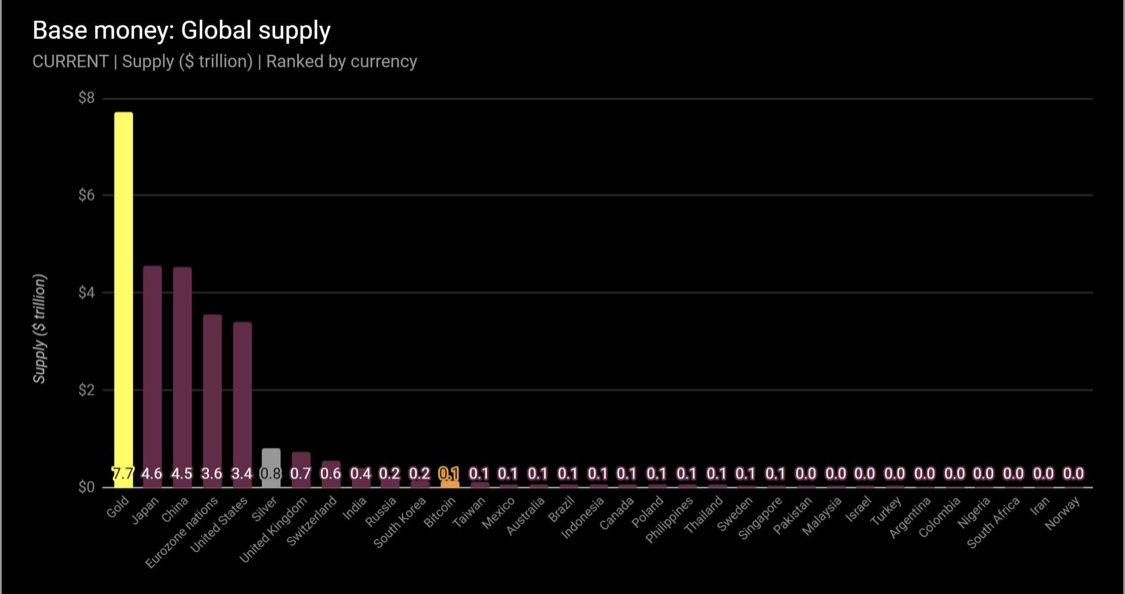 In a busy week.