This week saw Australian real estate powerhouse L.J. Hooker making a move in the blockchain space, organising an auction with cryptocurrency specialists NuYen. The auction will make purchasing the Casuarina Beach property possible in both Bitcoin and Binance coin, and lay the groundwork for future crypto-based property auctions from the Real Estate giant.

We often talk about this being early days in crypto. Have a look at this great graphical representation of the relative scale of global assets from Visual Capitalist, which proves it. Crypto is tiny, bitcoin is the first gold block (each block represents 100 billion dollars). 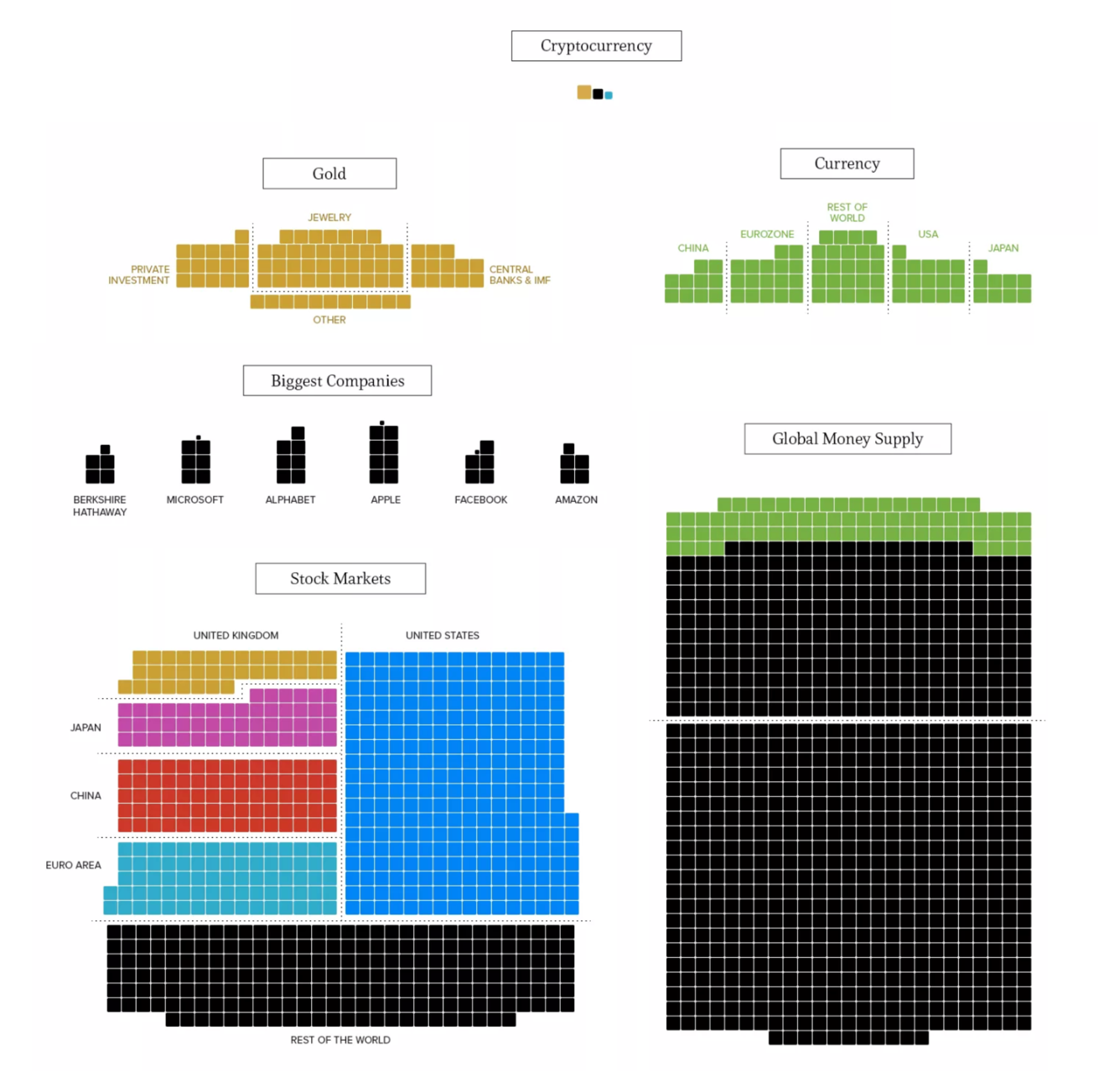 The best bit though is the derivatives section ($1.2 quadrillion). It’s too big for this blog but here is the link, you can scroll through all the assets. It makes me wonder about the bad press cryptocurrency gets when you have this amount of value tied up in derivatives. Looks like much of what goes on in global finance is just people playing pass the parcel with a house of cards.

We covered Maker DAO a few weeks ago here. Maker enables Collateralised Debt Obligations in the crypto world (currently ethererum only). A quick reminder on how it works:

However:
Many market participants, rather than actually spending the money, are doing the following:

5. Sell the DAI at (4) and use it to buy more ethereum
6. Repeat the whole process to gain leverage. It’s possible at 150% collateral to get 3x leverage.

The result of the selling pressure at step 5. above is driving down the price of DAI below $1 even though it is covered 150% by ethereum as collateral. 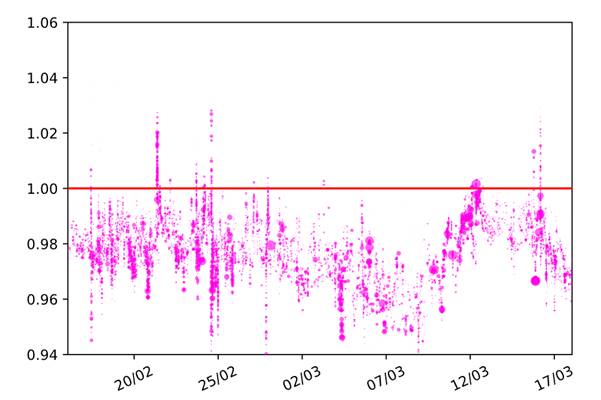 Why is this interesting?

Well if you believe in the quality of the collateral you can pick up all the gains between the current value of DAI and the $1 peg,  the risk you run is a collapse in the value of ethereum while your at it

The world of finance is being re-written. The good news is hardly anyone is watching and we can pick this stuff up for a song.
Tether Terms

Tether was the first stable coin launched in 2014. Stable coins enable the fast movement of value between crypto-exchanges without having to bear the risk of currency movement. They are generally backed 1 for 1 by fiat currency, in tether’s case, the USD. The current circulating supply of tether is $2 billion.

Recently, tether changed their terms and conditions indicating that the backing for the token may now include assets “other than cash”. In the past this would have caused a stampede for the exit as people tried to redeem their dollars. This time around, deafening silence.

I think diversifying the asset backing for tether is very sensible. Getting operating bank accounts is very hard for them and it seems appropriate that placing some of the cash in bonds, loans and other assets is probably less risky than holding pure cash. In fact it goes to show that investors in this sector at least are aware that holding cash is very far from the safe haven many people think it is.

HODL Waves
It is hard to value cryptocurrency because it lacks the traditional features we might look to such as profits and dividends. Blockchains do have some helpful features though that enable us to check things we can’t for other assets, specifically in this case how old a bitcoin is (or how long since it was last spent). This gives an excellent sense of who is buying and who is holding – turns out it is a telling statistic.

The high contours in this chart are the longest holders, 5 years plus. During this bear market they have continued to accumulate (the green circle). Whereas into 2018, as prices fell, new entrants, the lower contours, capitulated (the red circle) with their holdings falling sharply.

This increasing tightness with which the asset is held will be important in the next wave. Once again interest in buying will rise but in each wave, finding a willing seller will get harder and harder.

That will be good for price but will make the ride as volatile as ever. We could well see price gapping on a scale we aren’t used with traditional assets too.