Q3 reporting season in the US and the first to go were Grayscale who manage the largest bitcoin fund in the world. Some highlights from this quarter:

It’s worth pointing out that the total value of bitcoin mined during the quarter was around $700 million. Grayscale alone has consumed 24% of that.

Square, the other big bitcoin operator in the US, reports results in two weeks. I would not be surprised if between the two of them they have distributed more than 50% of all new bitcoin in the quarter.

What is going to happen next year when the supply of new bitcoin is precisely half its current level?

A few months ago we wrote about Credit Suisse recommending bitcoin to their high net wealth clients. Now we have some stats to back up that those clients are listening.  The rate of rise in single addresses with more than 1000 BTC is the same as in the early days of bitcoin where that would have cost less than $10k. It now costs US$7.5 million to own 1000 BTC. Individual addresses have high probability of belonging to a single person because you would never share the private key with somone else, so we can be reasonably confident a lot of it belongs to private individuals.

I’m reminded of an article I kept from a few years ago about looking into the future. It quoted Hal Varian, Google’s Chief Economist

“if you want to understand the future, just look at what rich people are doing today. Rich people once took the European Grand Tour, now football fans do it. Dinner out was once for the wealthy, now more people eat out than ever before. Mobile phones were a privilege and suddenly everyone has one.

Well, I can tell you now what I suspected before. Very rich people are buying bitcoin, the lower line in the chart below showing address count with more than 1000 BTC. 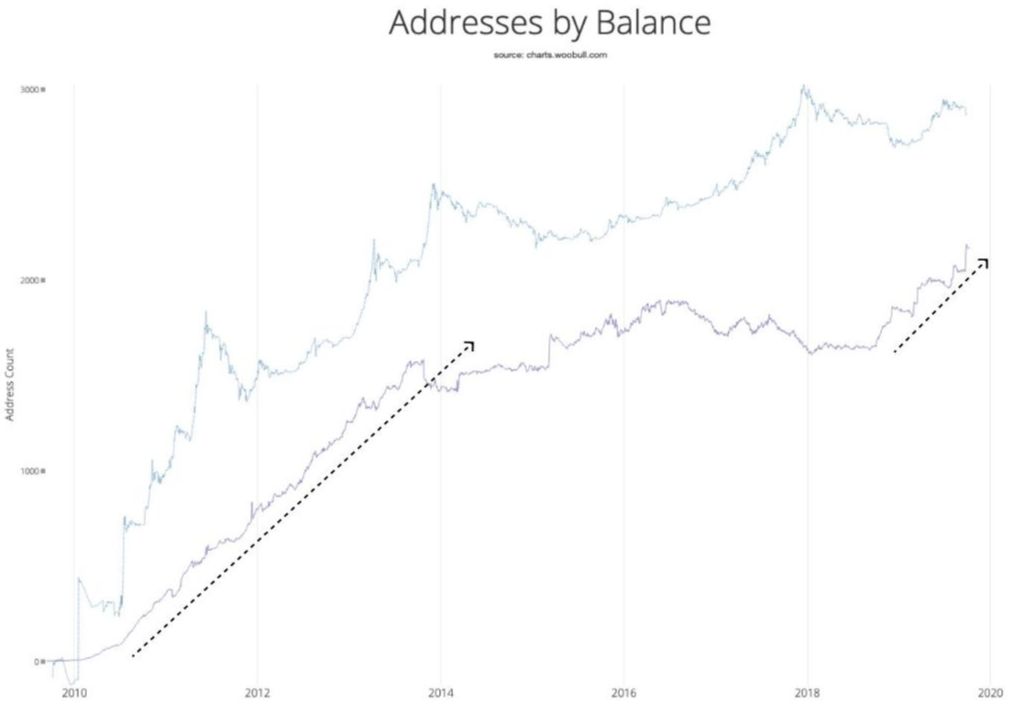 Lightning
The Bitcoin Lightning Network conference took place in Europe last week. Lightning is an implementation of bitcoin which allows theoretically unlimited scale because transactions are only entered to the blockchain periodically. A bit like retailers accepting credit cards, they don’t receive every transaction as single amount, they are batched and they receive the whole amount for the day in one hit.  Lightning is similar, you open a channel, can send and receive bitcoin but only when you close that channel does the bitcoin emerge in your address on the blockchain.
Some heavily funded businesses like Blockstream, Lightning Labs and ACINQ are building implementations of bitcoin in Lightning. So, while scalability of bitcoin remains an issue for small transactions, a lot of very talented people are working on solutions.Incidentally, those talented people include a man called Paul Russell. You haven’t heard of him but he is famous in computing circles as the one of the deputies of Linus Torvalds, the man who invented Linux, a platform that now as good as runs the internet.

Just as most people don’t know and don’t care how the internet works, people will use lightning and bitcoin without realising it, they won’t know and won’t care. If you own bitcoin though, you’ll probably notice something. 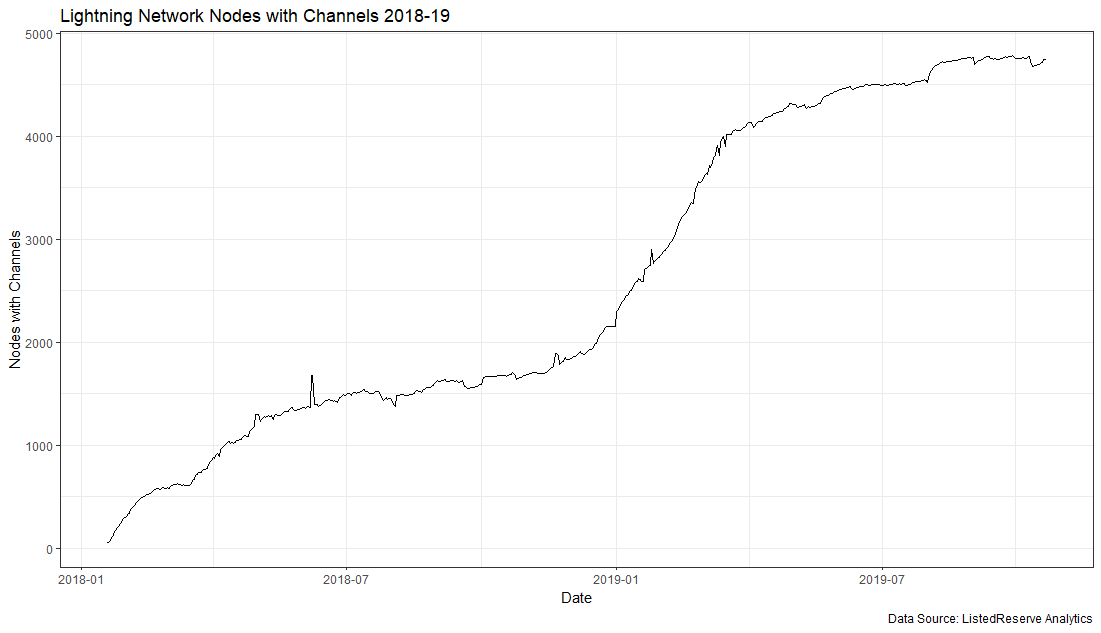 I think worth repeating how important mining is in cryptocurrency. In bitcoin’s case it is mining that gives bitcoin its value. In summary:

This reward is driving huge investment and the latest to join in is Paypal founder Peter Thiel. He has invested in Layer 1, which has raised $50m and is building a special purpose mining facility in Texas.

It appears that entrepreneurs are finally discovering that the power of bitcoin is that you can turn energy into money, anywhere. In Texas for example, there is a great deal of waste energy from flared gas. Expect this to be converted into bitcoin mining power before the end of the year.  Layer 1 has emphasised that this is an energy business, not just a mining business.

….and before you email me to tell me its bad for the environment. It isn’t. In Texas they release methane from traditional mining into the atmosphere or they flare it. Methane is many times worse for the atmosphere than CO2 and these facilities will convert one to the other + bitcoin for their trouble.

Sticking with the energy theme and bitcoin mining. I want to explain the link between the two because it will be increasingly important with time.

Firstly, some background. If you want to create some fiat money, get your credit card and buy something. The money you just used did not exist before you made your purchase. You literally created money. Please try that with bitcoin. You cannot magically create more, the government cannot either. You have to find energy, turn that into computing power and mine bitcoin or buy some that has already been mined.

Here is a nice thread from twitter that explains what’s happening. The essence is you can store energy inside bitcoin and transport it across the world. Fundamentally, you cannot fake energy, it obeys the laws of physics. Fiat money does not, which is why it always collapses in a heap.