Binance is the largest crypto-exchange in the world by volume. They went from start-up to the biggest in the world in the space of about nine months, without any bank account or legal entity. Impressive stuff.

This week they launched the testnet for the Binance de-centralised exchange which will allow people to create their own wallets and issue their own tokens directly from the Binance blockchain.

What might this enable? Well, in particular, it would make tokenisation of assets simpler since asset issuance will become far more simple than is currently the case. In time,  creating, listing and tokenising assets will be the matter of a few mouse clicks

Boston based investment firm Cambridge Associates recommended clients consider investments in crypto assets this week, a first for a major consulting and investment firm (they have roughly $30bn AUM and 1500 employees).

Noting significant declines in some assets in 2018 the report made some key observations:

“Despite the challenges, we believe that it is worthwhile investors to begin exploring this area today with and eye toward the long term”

“….in looking across the investment landscape we see an industry that is developing not faltering”

“Though these investments entail a high degree of risk, some may very well upend the digital world”

This is slightly technical but stick with it. Blockstream are one of the major contributors to improvements in Bitcoin software. Their CEO Adam Back invented some of the core technology that drives bitcoin back in the early 2000s.

This week Blockstream released some new code called Schnorr signatures. This is a new type of cryptography which improves privacy and reduces block size.

I mention this because:

All of this potentially makes Bitcoin harder to understand but it all contributes to its vast superiority to fiat money.
Samsung phones

The latest Samsung Galaxy S10 announced this week will include special software (known as Samsung Knox) specifically for private key storage which will enable blockchain applications on mobile.

Crypto is huge in Korea, with its exchanges regularly topping daily volume charts so no real surprise to see this happen, the question is will Apple follow given the pressure it is under in Asia?

Google
Before we sign off, google added the bitcoin symbol to its iphone keyboard set last week. A small landmark on the way to mass adoption. 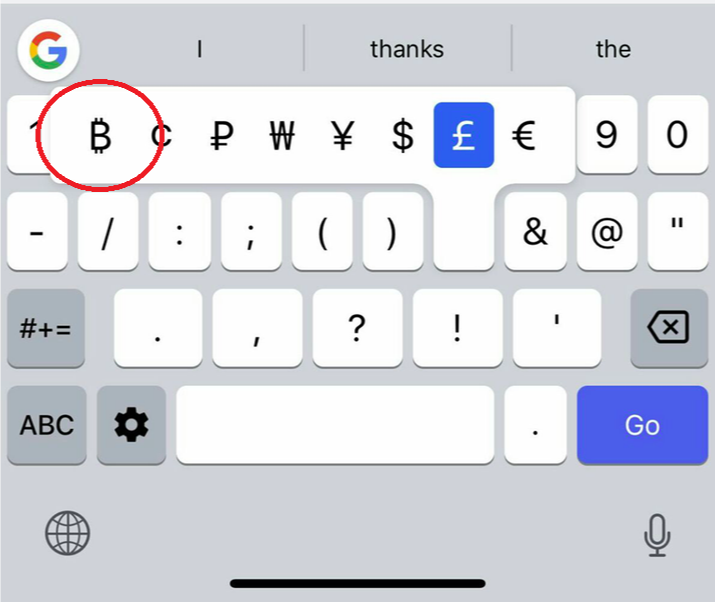