The New York Department of Justice announced an investigation into stable coin Tether this week, following allegations that $850m has gone missing from Tether’s fiat backing.

The thrust of the story is that Tether (which has the same shareholders as Bitfinex), struggling for bank accounts, was using some less than strongly regulated banking relationships to house its fiat money. One of these was a company known as Crypto Capital (based in Panama no less). Tether has accused Crypto Capital of stealing the money but believes it is held by various authorities in the EU.

Tether’s response to the DoJ was robust but this has some distance to run. Tether and Bitfinex are highly profitable operations, they could cover this shortfall with trading profits in time and they certainly have the resources to fight the DoJ.

The real point here is that you have a stable coin that is backed 75% by fiat currency and 25% by a loan from a profitable company, even if the $850m is not recovered, compare that to a normal retail bank with only 10%-12% reserve ratio.

Stable coins are really awkward for regulators, it effectively means a loss of control over their sovereign money, that’s why the US is reaching out of its jurisdiction and chasing Tether. 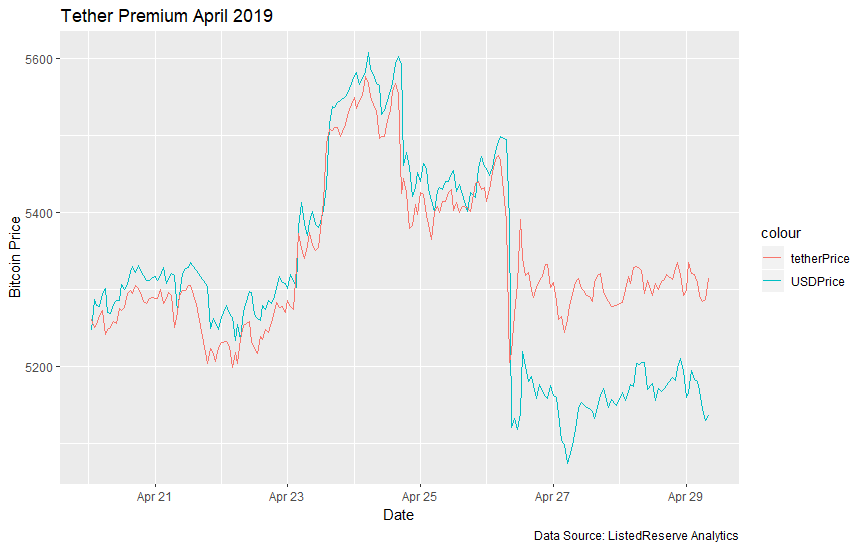 For traders, the collapse of Tether’s peg does provide a small opportunity for those willing to bear the credit risk of holding it. The graph above shows the premium (see the difference between the Blue and Red Line) that Tether based exchanges currently provide on Bitcoin – meaning a savvy trader could buy Bitcoin with USD at the blue line price and sell it at the red line price for a small profit denominated in Tether. The risk here is in the withdrawal process – whereby the withdrawal of USDT to a USD bank account depends on the solvency of Tether and its reserves.

Two of the biggest stockbrokers in the US are stepping into the crypto space this month both undertaking testing on crypto-trading. TD Ameritrade has 11m clients and E*Trade 5 million. Neither site has formally gone live but we’ll keep an eye on this because it’s a sizeable on-ramp for new investors.

More generally, France has been at the forefront recently in their approach to Blockchain technology – with Societe Generale leading an issuance of 100M  EUR of Mortgage Backed Securities on the Ethereum blockchain this week. The issuance was the first covered bond on a public blockchain, and is just a small part of the company’s major push for innovation in fin-tech.

US futures exchange Bakkt continued its slow but steady progress toward a full release this week with the purchase of the Digital Asset Custody Company (DACC), a business dedicated to the custody of Bitcoin and other digital assets. Bakkt’s will enable the creation of a physically delivered Bitcoin settlement mechanism – as opposed to existing systems which settle only in cash – and their acquisition of DACC is another step along that road.

Bitcoin has a defined algorithmic supply schedule, where inflation is entirely predictable based on the number of blocks mined.  Every 210,000 blocks (roughly 4 years), the number of bitcoins granted to the miner of each block halves (known as the block reward).   We are now 1 year away from the next ‘halvening’ (estimated May 24 2020). 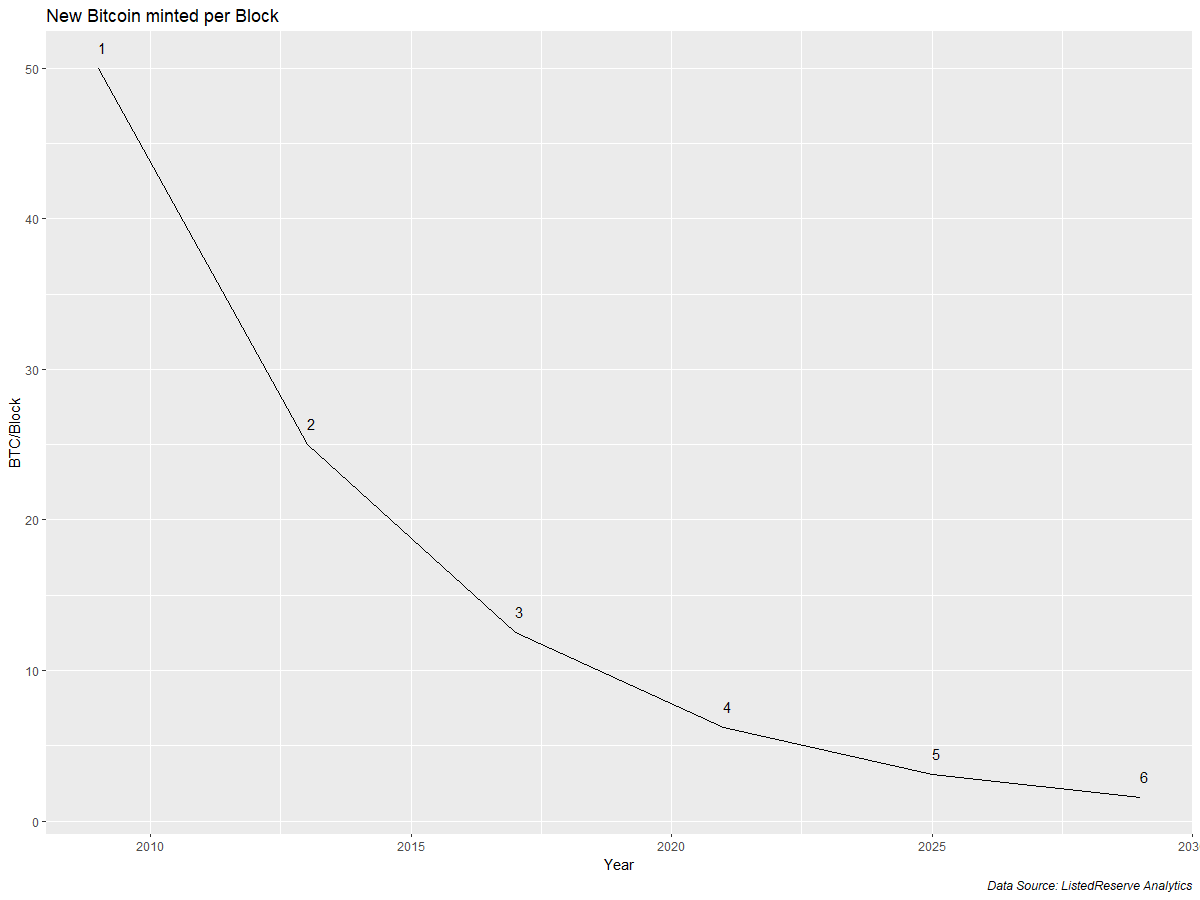 The recent news around Bitcoin demand has been strong, transaction count is rising too. In a years time we will enter the unknown, as Bitcoin inflation drops below gold.