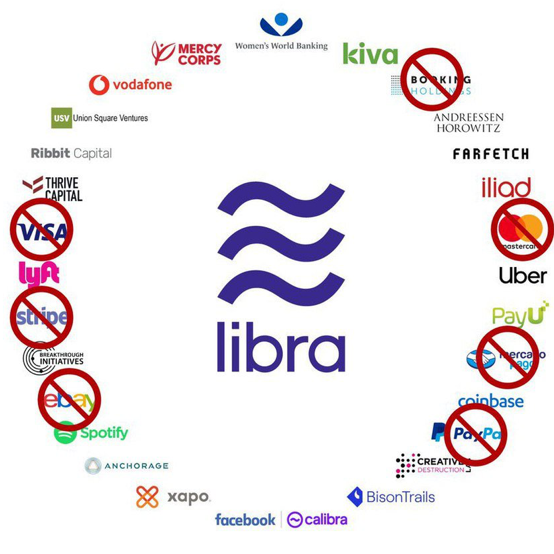 As we suggested last week, with Paypal gone from the Facebook Libra project, others would likely follow. The Association members didn’t disappoint us either, Mastercard, VISA and Stripe all quit the project. Followed then by Mercado, Ebay and Stripe.

Once again governments were in action putting pressure on companies who challenge their power. This time three US Senators wrote to the payment companies above with this to say:

“it is chilling to think what could happen if Facebook combines encrypted messaging with embedded anonymous global payments via Libra”
This weeks letter was a bit more threatening than the one we covered last week with the Senators adding:
“If you take this on, you can expect a high level of scrutiny from regulators not only on Libra related payment activities but on all payment activities.”
So, not only will we try and wreck Libra, we will try and wreck your existing business too. Straight from the hardball handbook.
QE4

The Federal Reserve Chairman has made very clear that the lastest interventions of the Fed are “absolutely not Quantitative Easing”. So we can just calling it buying bonds with printed money. $220 billion in the last 40 days.

That’s roughly the GDP of the Czech Republic that’s rolled off the presses in just over a month.

Some time on Saturday morning the total supply of bitcoin will hit 18 million. There will be only 3 million bitcoins left to mine.

Couple that with the bitcoin halvening, which is now only seven months away, estimated for mid May 2020. At that point the new supply of bitcoin each block will drop from 6.5 to 3.25. This tightness of supply is still little understood but it will play out for the world to see in the next 18 months.

As a side note, the current market value of those 3 million bitcoins is $24 billion. It will take until 2140 to mine them all, yet the Federal Reserve was able to print more than 10x that amount of money in the last 60 days. Proof, if it were needed, that it is extremely hard to come by bitcoin, not so the United States Dollar and its treasury bills.

You most likely know that the bitcoin whitepaper was penned by Satoshi Nakamoto. Less well known is that the Satoshi is actually the lowest sub-unit of a bitcoin, being one one hundred millionth of a bitcoin or 0.00000001 BTC. Each Satoshi is currently worth 0.008 of a US cent.

It’s an important point because a lot of people believe they cannot own bitcoin because they don’t have the money to buy a whole one, not realising they are divisible to the eighth decimal. It would greatly help liquidity if we moved to Satoshis.

The day we do that just got closer because the definition of a Satoshi just made the Oxford English Dictionary. 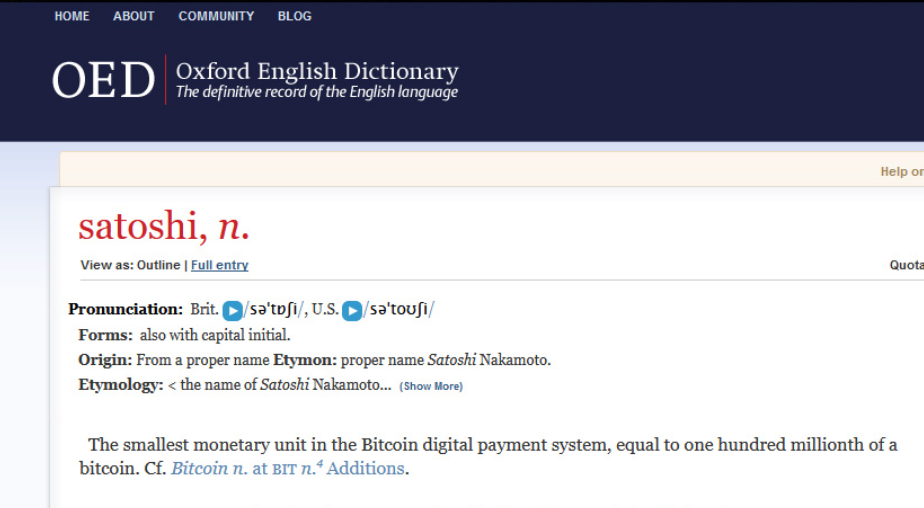 Cryptocurrency adoption is still in its very early days.  There are numerous metrics you might use to make the point and here’s another – headcount at big crypto companies. What does it tell us?

Mining company Bitmain leads the way with 1,800 employees. The largest exchange in the Western World, Coinbase,  has 1,100 staff with the same number in the East at Huobi.

Conclusion, mining (of bitcoin in particular) is a very large part of the ecosystem. Chip design and manufacture is and will continue to be big business. Second are the exchanges who bring liquidity to these currencies. The longer term prospects for exchanges are less compelling particularly once decentralised exchange takes hold but they dominate for now. 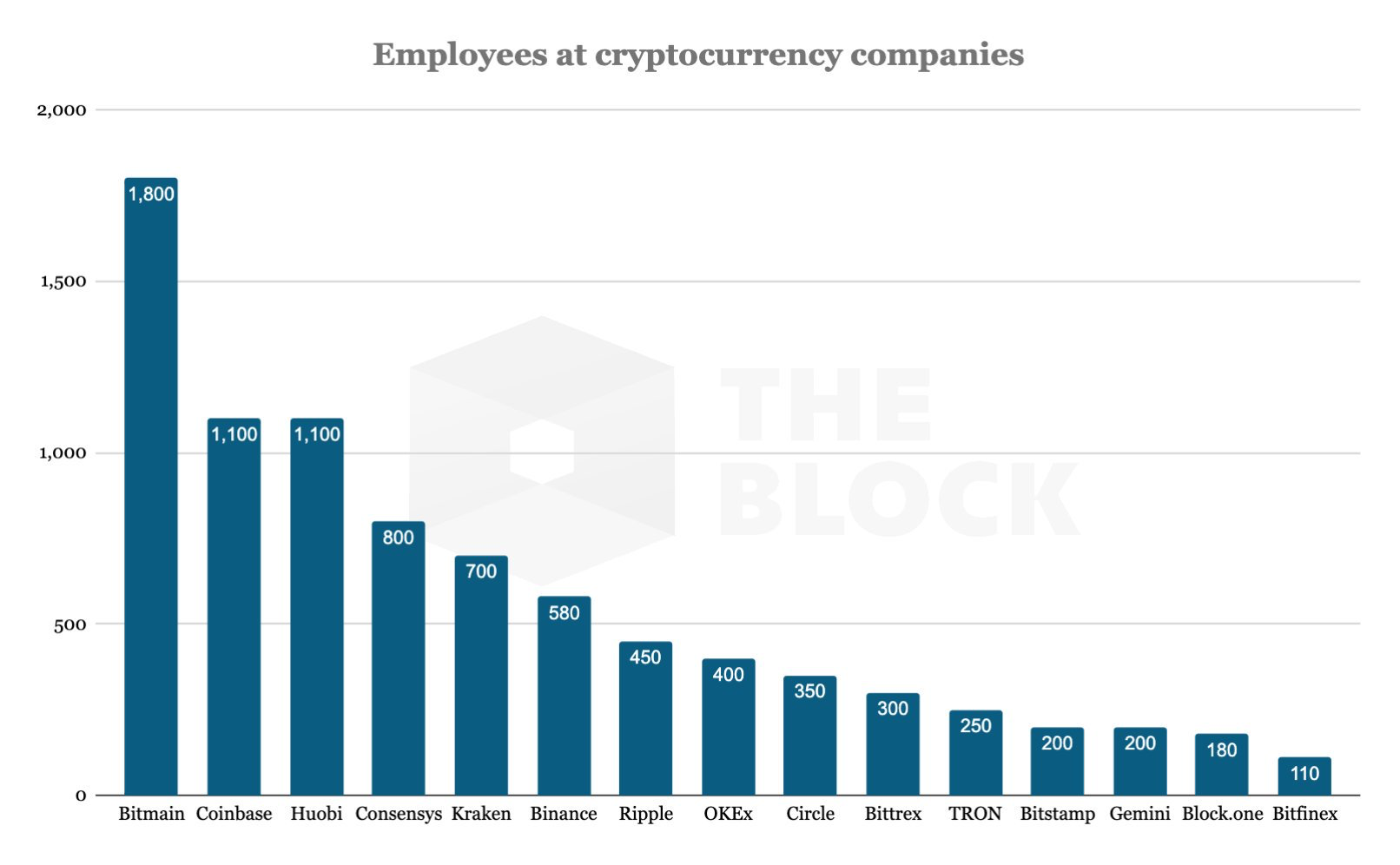