The problem in America

A very simple measure of inequality is to compare the mean wealth (simply, all wealth divided by the number of people), with median wealth (sort all people by wealth in order and choose the person in the middle, the median person).

The international chart is fascinating and shows just how skewed America has become with the mean wealth figure over six times greater than the median. No other country is close and most operate at slightly over two. Perhaps only Germany is a surprise at 4.1x with what looks like a low median, maybe a hangover from reunification. 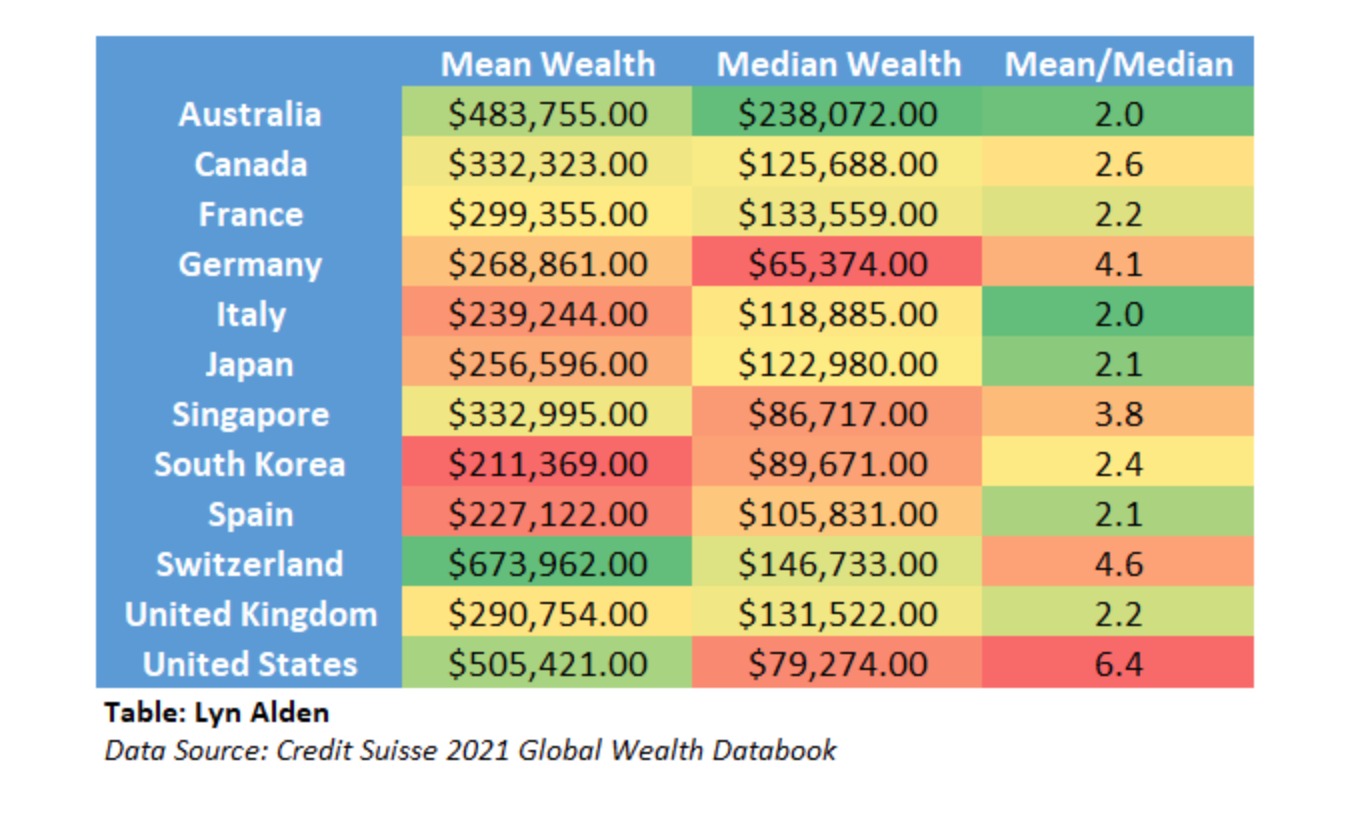 Median and below are financially trapped since asset prices race away from them and 7% inflation against 3% wage increases makes them progressively poorer.

At the other end of town, leverage is available. People can happily borrow against their assets effectively shorting the currency, knowing the government has no choice but to print more of it. This reduces their real debt burden while simultaneously pushing the asset price up.

Raising interest rates might work then since the bulk of the leverage is at the top end of town and making them poorer would close the gap. Unfortunately, it will make everyone else poorer too and it won’t balance the US budget. Collapsing asset prices only make the situation worse.

It’s a terrible spot to be in. Six months, then more printing. Let’s see. 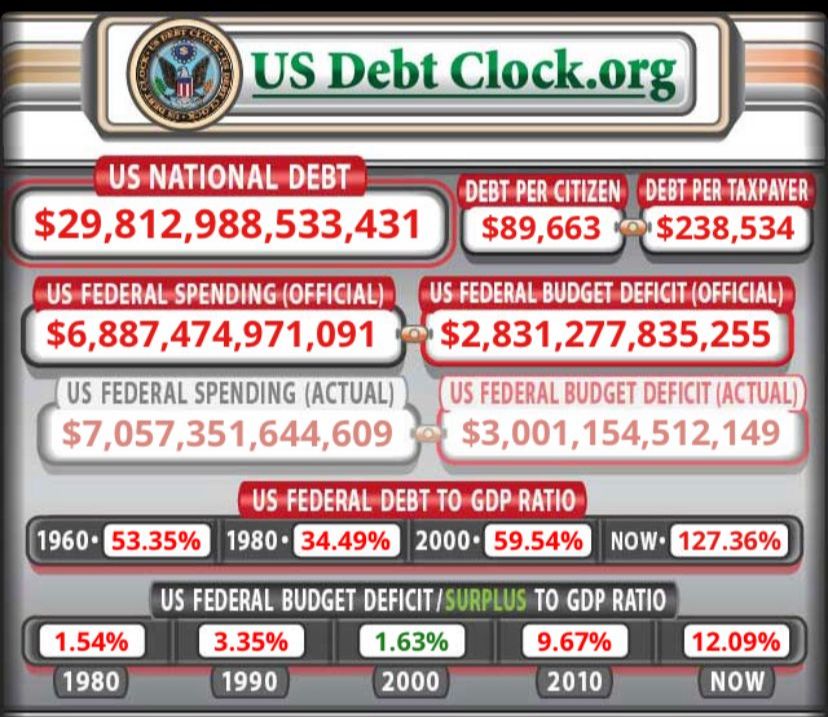 One of Germany’s oldest banks, Bankhaus von der Heydt, was founded in 1754. Germany itself didn’t really exist at that point, some 270 years ago. The bank was acquired this week by BitMex. BitMex has a controversial past having run unregulated products for years. Their founder, Arthur Hayes, was arrested last year by US authorities, although those differences were settled with a cheque for $100m. So goes American justice.

We are going to see a lot of this. Rather than cope with the insane regulation of the old financial system it is simply cheaper to buy compliance. No cryptocurrency exchange is ever going to get a banking licence, imagine the hurdles that will be thrown in front of them by incumbents and regulators. These companies have billions though, we discussed CZ and Binance last week. They will simply buy compliance, banks around the world are sitting ducks, they have zero growth, bored and unmotivated employees and absolutely no chance of standing up against the technical skill and ambition that the resides within these newer businesses. It is not a new strategy; you simply pay your way to respectability.Just compare the technical platforms of most cryptocurrency exchanges with the experience provided by your bank. Simply no comparison. Banks have had 100 years to build but they can’t because of the technical deficits and legacy systems. They will get crushed by FinTech.

This week’s earnings call from JP Morgan had analysts complaining about the tech spend. JP upped their budget by 20% to take on the new FinTech titans. $12 billion per year and they will still end up losing. 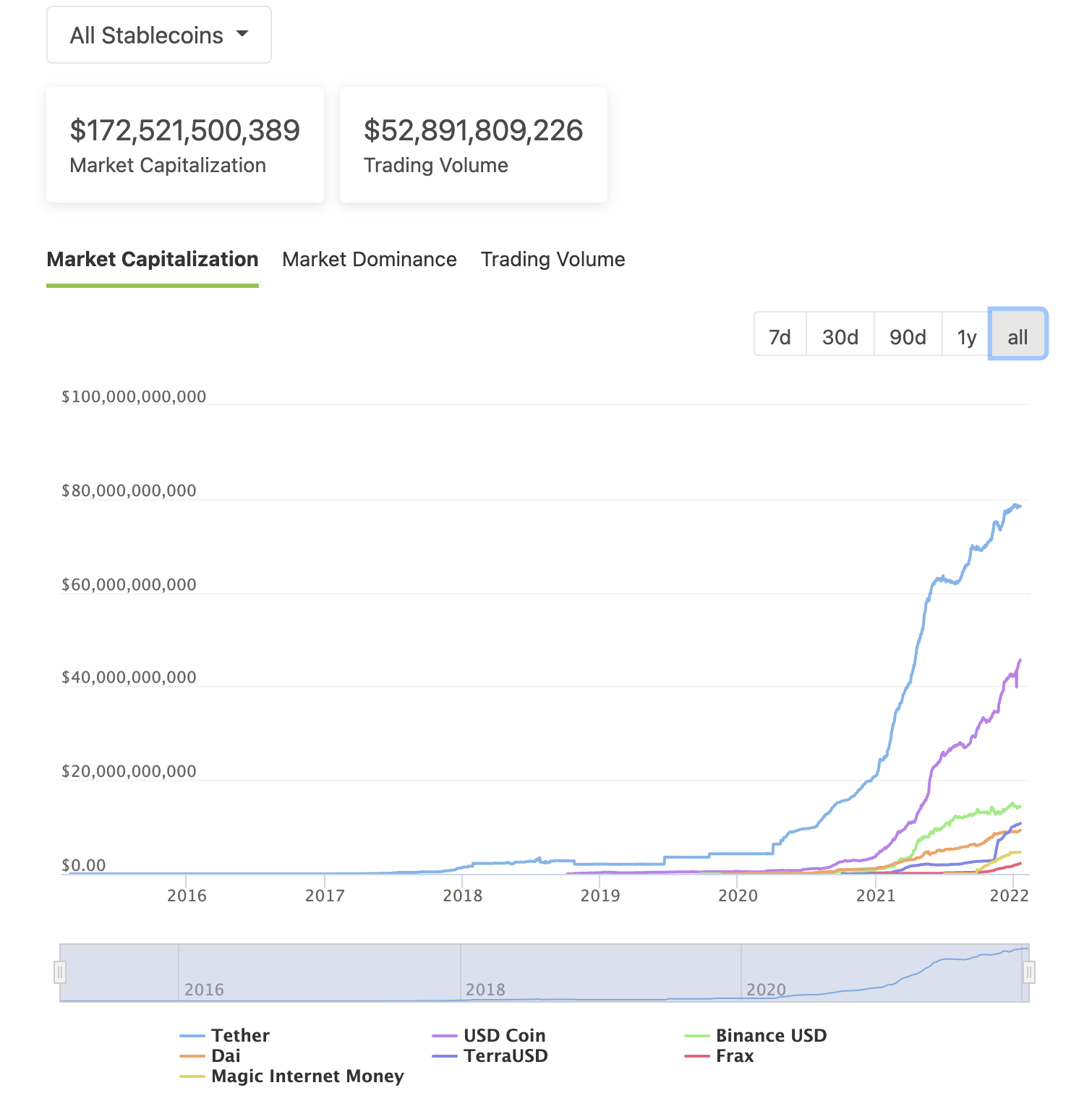 The amount of money in USD stablecoins continues to explode. We are now at US$172 billion in total circulation. The question is why? Why would anyone rather hold a tokenised representation of a dollar rather than an actual dollar?

The answers are quite simple:

If you are a non-US citizen, transacting in US dollars is actually very difficult. If you use a credit card, fees will be high, somewhere around 5% including FX. You can only spend though; you cannot hold USD on a credit card. You might open a US bank account but that too is very difficult and time consuming. Or you might simply hold a stablecoin which is easy to do with internet access.

Perhaps the biggest advantage presently is the available interest rate on stablecoins. 10% is not unusual but this requires that assets be staked in DeFi protocols and assumes a certain level of technical competence as well as risk.

The chart is also telling in that almost never are stablecoins redeemed back to fiat. As you can see all the charts move upward consistently as money leaves one financial system and enters another. USD stablecoins are almost never turned back into old fashioned USD, it has been one way traffic since they launched some five years ago.

If you think about the concept of money, it needs to be desirable and useful. Relative to stablecoins, US dollars are not particularly desirable nor are they easy to access. USD stable coins aren’t much better, but they are better. Particularly in developing countries where currencies are weak, there is a very strong case for continually dumping your local currency and buying digital dollars.

One could make a case that digital dollars are more valuable than traditional ones and the 1-1 exchange rate is a bargain for those selling their USD for tokens. If you think that isn’t true, $175 billion dollars disagrees with you.

If you are interested in high performance computers tomshardware.com is still a good site. It’s been around since 1997 and has been commercialised a lot since then but it’s still a decent steer on the latest in computing hardware. They just revealed Intel’s plans to launch bitcoin mining hardware.

This is hugely significant because bitcoin chip manufacturing has been rather niche up until now. Dominated by Bitmain, a Chinese-based enterprise. The reality of bitcoin mining is that fast, efficient chips are everything. The industry itself is pushing forward the boundaries of chip design and the American’s know they are falling behind.

It has long been predicted that nation states would simply be forced to get into the game. It doesn’t matter if you hate bitcoin, it doesn’t matter if you think it will fail, it is now an unarguable fact that the very best chips in the world are used to mine bitcoin. If you want to stay on the cutting edge of technology, like it or not, you better be involved. 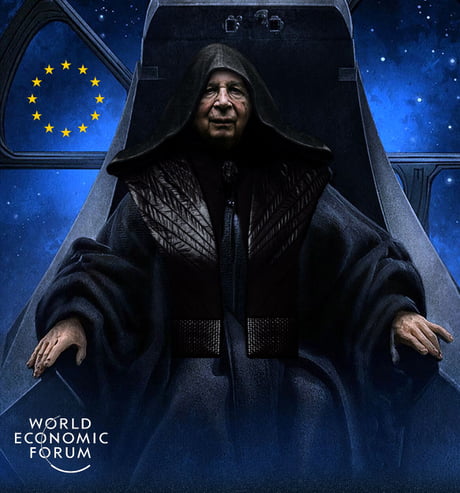 Among the many other traditions wrecked by Covid 19, the annual gathering of the great and the good at Davos was another. It now takes place over the depressingly familiar video conference format; all the fun is removed and just the boring nonsense is left.

The standout session so far has been this one.

Cosmic Action? I don’t know and neither does Google.

I think perhaps there is some confusion at the World Economic Forum. No doubt anything in space might indeed require “Cosmic Action”, whatever that is, but surely the Metaverse is not one of them. It is simply a digital representation of something. It’s like saying ‘computer games are now very large and lots of people play them, we must immediately fly into space and put a stop to it’.  Just complete and utter nonsense.

There was more on the topic from another alarmist speaker

What a crazy statement to make. Progress is impossible without new ideas and they almost always encompass new risk. Confirmation, if it were needed, that even though they no longer get together in person, our self-appointed global overlords are still morons.