A forbidden topic. It’s just a thought. Emerging from the wreckage of FTX to lead the industry is a Chinese-Canadian guy who bootstrapped a business into a multi-billion dollar business. For the first 12 months of his operation nobody would give him a bank account, so he had to build his company without one. He built the largest exchange in the world just using bitcoin. He didn’t get any help from regulators and still doesn’t. No secret meetings for him with the SEC.

On the other side of the fence, a thoroughbred. MIT graduate who became a major political donor to both US political parties. He was super smart, eccentric and in a recent article by one of his major investors Sequoia Capital (now deleted from their website but you can still find it here) they had this to say.

“It’s hard to see SBF in a clear light. The glitter of the self-made billions are blinding. His intellect is as awesome as it is intimidating.”

The Financial Times joined the apologists too. The fact that SBF committed one of the biggest frauds ever was the other guy’s fault. How’s the FT’s caricature for style? 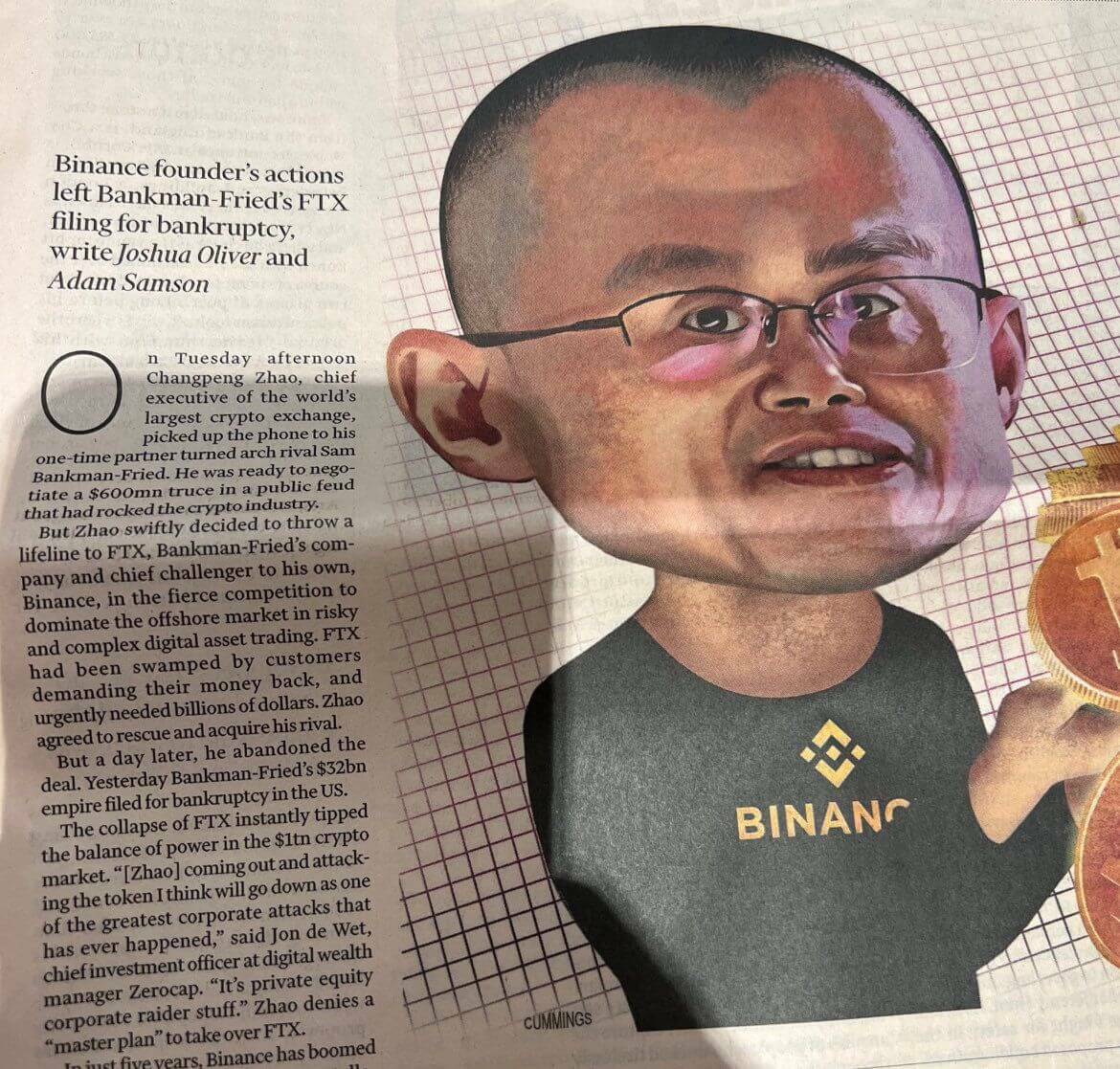 His problem? He’s a bit, you know, foreign. Not one of us. As if to prove the point, a couple of days after I wrote this, guess what happened.

In all the drama and hype of bitcoin/crypto/web3 it is worth remembering the original invention. That invention, which came from bitcoin, was the removal of third parties from transactions. Essentially, the elimination of counterparty risk.

It is remarkable that so many people in the industry do not remember or even know it. The cottage industries that have built up in trading, lending, “yield farming” etc. are the recreation of traditional finance around a base layer that does not require any of it.

The proof is in the pudding and the collapse of 3AC, Celsius, BlockFi and now FTX serves to demonstrate that if you wilfully give away appropriate custody of your assets, to trade, leverage or earn interest, then you run counterparty risk that you didn’t have to.

If you seek to rehypothecate your assets, or lend them, or utilise them in some other way then you might be able to generate yield. You might also be able to generate trading returns by doing fairly obvious things on exchanges, like shorting so much of the garbage that is out there but if you choose to do that you will risk your entire trading balance. That is why the returns on some trading funds are so high because the risk is also so high. Lots of trading firms have blown up as a result of FTX, not because they were doing anything wrong per se but to trade you must leave the assets where they can be traded and the whole point of this industry is to remove counterparty risk, not to introduce it.

It couldn’t be much simpler. There is no counterparty risk, there is no yield.

Some fun bits from FTX

Shall we lift the mood and enjoy some of the more fun bits from FTX? The CEO of Alameda Research (sister company to FTX) is apparently on the run in Dubai. Her name is Caroline Ellison. She left Stanford with a mathematics degree and became a trader with Wall Street firm Jane Street. After 18 months, her old friend Sam called up and asked if she would like to join Alameda. “Yeah sure”. Two years later she was the CEO.

It turns out Caroline is the daughter of Glen Ellison, Professor of Economics and former boss of the SEC head Gary Gensler. She was also rumoured to be the girlfriend of Sam, who managed to get himself private audiences with the SEC boss while he tried to build a regulatory moat around FTX. The plan, which was working, was to bring FTX back onshore from the Bahamas in return for regulatory submission and a free pass for all prior transgressions. 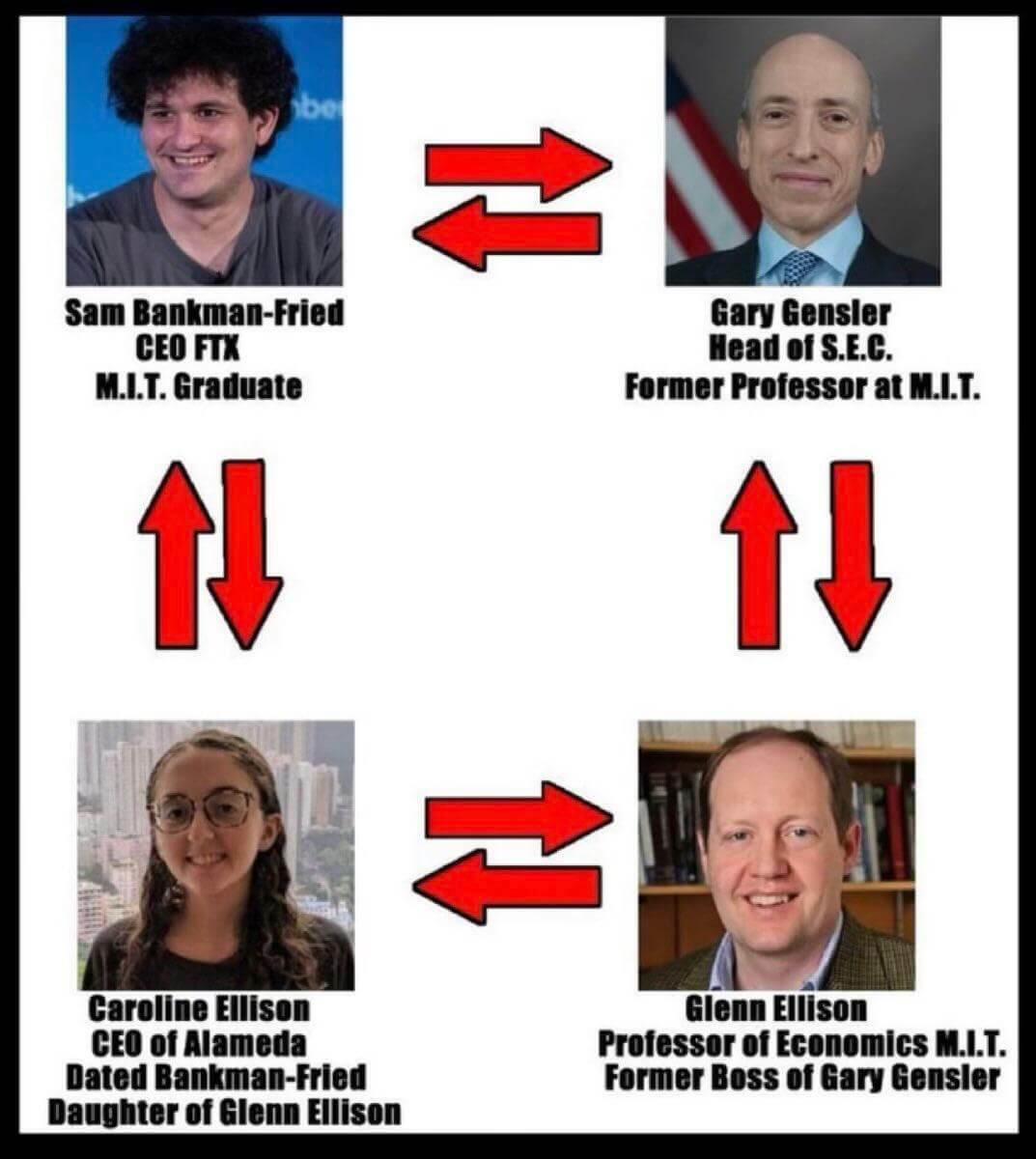 Now though, Caroline is a fugitive who owes billions of dollars. Her dad is still at MIT, presumably lecturing on risk management at hedge funds and the head of the SEC is being asked all sorts of questions about his sweetheart meetings with the now collapsed firm.

There will be lots more to come on this I’m sure, but it’s ugly and a little bit fun. I cannot wait until the emails are subpoenaed.

Can we count the number of times we’ve dunked on JP Morgan here? It seems so unlikely that they would provide any insightful comment at all but they revealed a much better understanding than I have given them credit for. 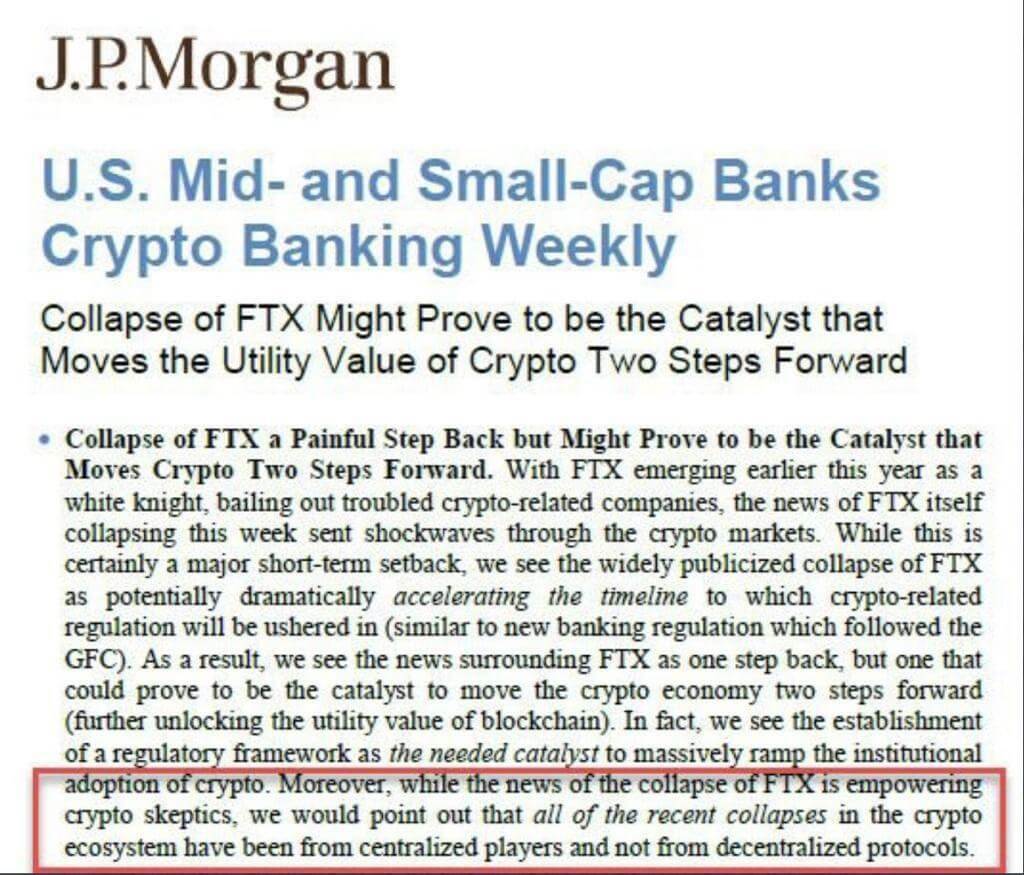 Yup. Software can’t default and JP Morgan, of all banks to call this out, have finally understood that. 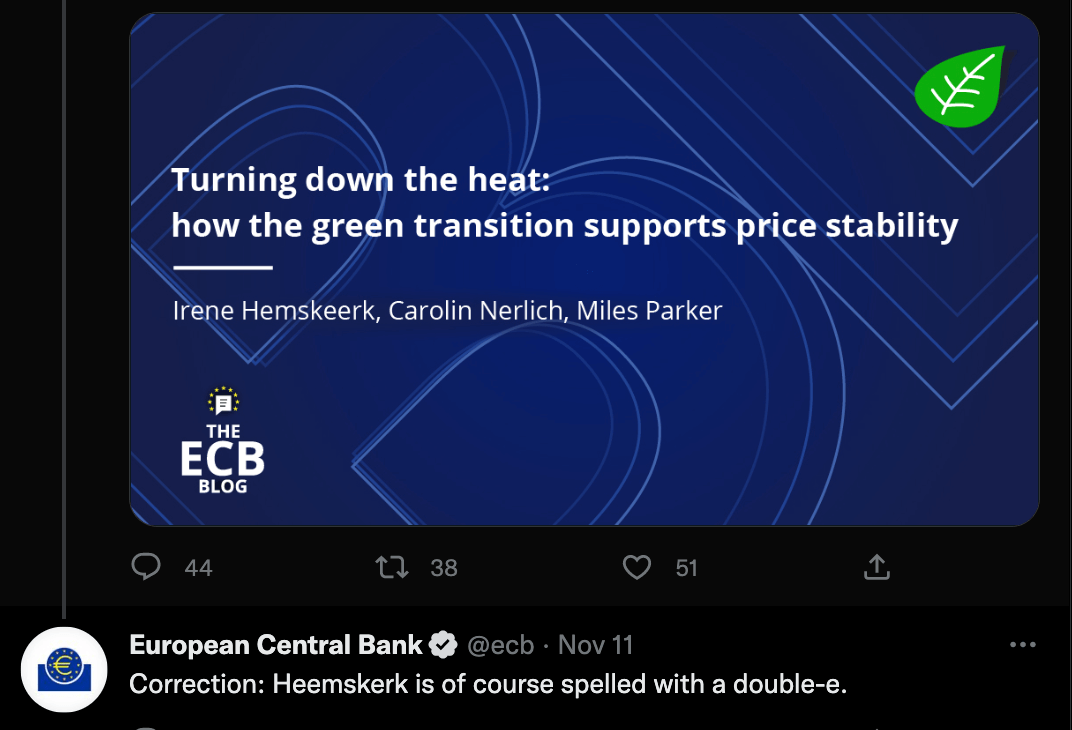 No big deal. She’s only the head of climate change at the ECB or should I say EECB. No real reason they should be able to spell her name. They only sent it out to 750,000 people so nobody noticed.

I just happened to have a look through the other names to see if they managed to spell them correctly. Turns out they did, Miles Parker is a Senior Economist at the ECB and his PhD thesis is available on the website. It’s about inflation.

An earthquake, why didn’t they just say so? The fact that a large earthquake is the solution to the inflation problem explains most of the ECB’s policy action. It will come for the denizens of Euro-land and it will be from their bond market.