It has been a rather volatile month thus far with bitcoin down 17% from highs and assets across the board in correction mode. It’s time for the quarterly reminder that this is not at all unusual and doesn’t look like going away anytime soon. The fact is, we are still in price discovery/high growth mode and we will be for several years yet. 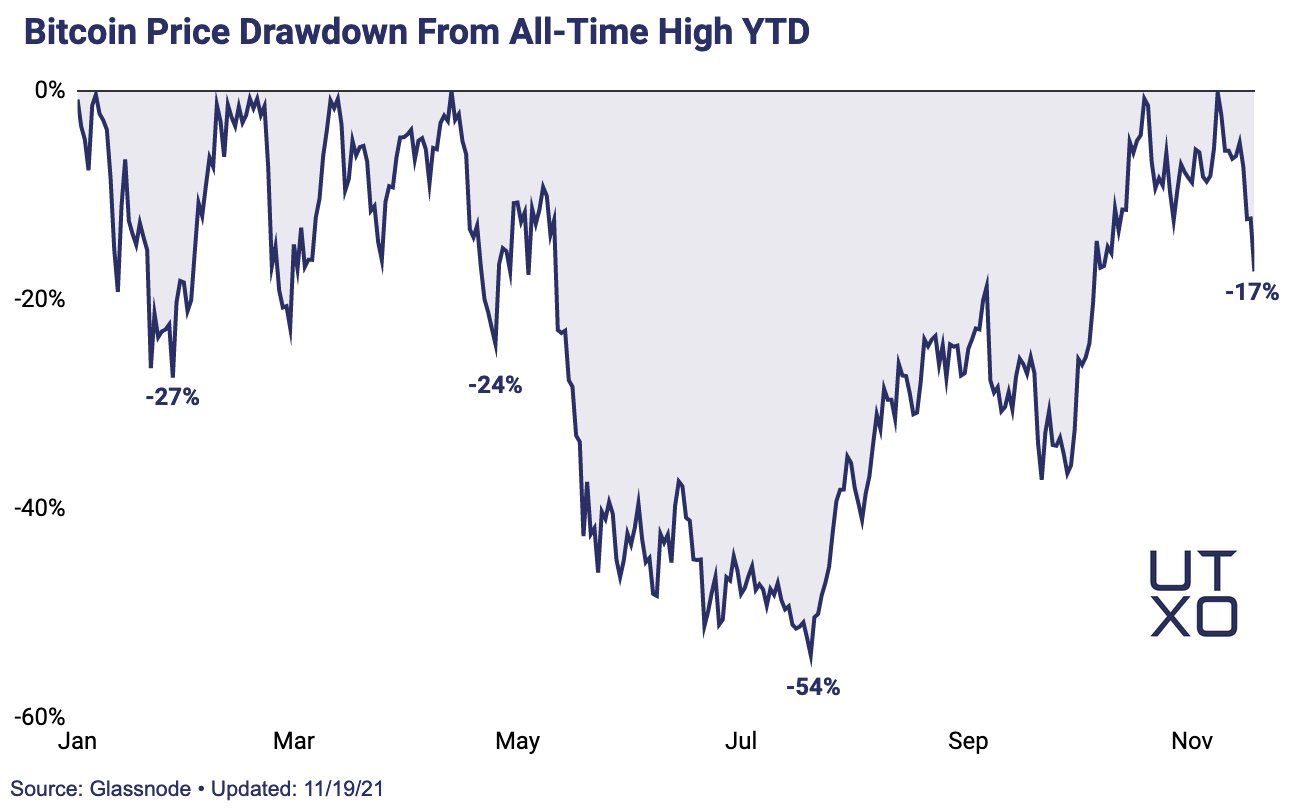 So far in 2021 we have had:
Can it go down more? Yes.
Can it go up? Yes.
Then can it go down? Yes.
Contrast that to fiat currency. Will it go down in value? Yes, always, because that is the stated policy of the government.

All these companies were market leaders, with seemingly unassailable leads in intellectual property, distribution and quality of employees. They still lost. There would have been times in their lifecycles where it would have been impossible to imagine that happening, particularly for IBM and Intel, but they managed it.

Essentially, they were all leapfrogged by a future they didn’t see. IBM just kept churning out boring old computers when Apple were building super sexy machines that everyone wanted. So, IBM pivoted to servers and mainframes and then got eaten alive by the cloud. They have since spent more on share buybacks in the last 20 years than their entire market cap.

Intel is harder to explain, they design and manufacture chips and are up against competitors who do only one of the two. The absolute specialisation of the overseas chip manufacturers means their foundries are now far more advanced than those of Intel. Apple has also proven others can design amazing chips, the M1 chip in the new MacBook is insanely fast for users and is simply a better experience.

Ford. Boring cars, boring fuel and without the US government they probably would have died in the 80s.

Today, the unassailable leads are held by Apple, Google, Facebook and Microsoft. While I don’t think their embrace or otherwise of digital assets will make or break them, all of them could consider it right in their sweet spot. They all have the technical skill and money to dominate part or all of it, yet some of them are embracing it and some are ignoring it.

Apple’s attempt to secure its advantage has been to diversify into chip design. On the basis of their M1 chips, it looks like it will be highly successful. There is no doubting though that their level of overall innovation has dropped. Have we had a significant product post Steve Jobs? The Watch and the AirPods? Hardly earth shattering. They are firmly on the sidelines in digital assets too, even though Tim Cook has explained that he is ‘personally invested’.

Facebook certainly know change is coming. They have aggressively pivoted to Meta, which is not guaranteed to be a winner. Zuckerberg is their Steve Jobs; he operates completely without fear, making huge decisions like the Meta rebrand while fronting it entirely himself. Huge play and it needs to be, Facebook’s website looks like it was designed in the early days of the internet.

Google is the exception here. They totally dominate Search and are investing tremendous amounts in huge projects like quantum computing but they don’t seem to be embracing much else. How does the biggest company in Search not have block explorers (like etherscan)? The number of searches for transactions and confirmations across blockchains daily would rank in the hundreds of millions daily and none of them happen on Google. It is a totally risk-free thing for them to do to generate traffic and advertising revenue and they have ignored the whole sector completely. Why? 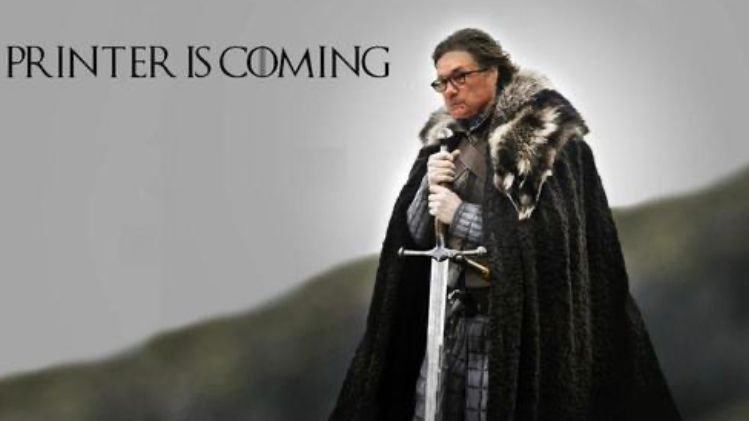 It was not obvious to me that Jerome Powell would be reappointed. The general consensus was that he would be, but I was (wrongly) inclined to think that Lael Brainard would get the nod. It is no secret that Nancy Pelosi does not like Powell and some democrats would have preferred Brainard, perhaps the performance in the recent US elections substantially weakened her hand.

In any event, sometimes known quantities are better than unknown ones and we can be sure that monetary policy will remain loose for some time under this renewed stewardship.

The situation on Main Street is becoming rather fraught though. The annual Farm Bureau survey on Thanksgiving Dinner cost was not pretty, it fast approaches US$55 (up from $33 10 years ago), which seems a lot.  On its own, so what? Add in fuel prices, rent and stagnant wages and you can see why Bidenattempted to address this problem with releasesfrom the US strategic petroleum reserve. 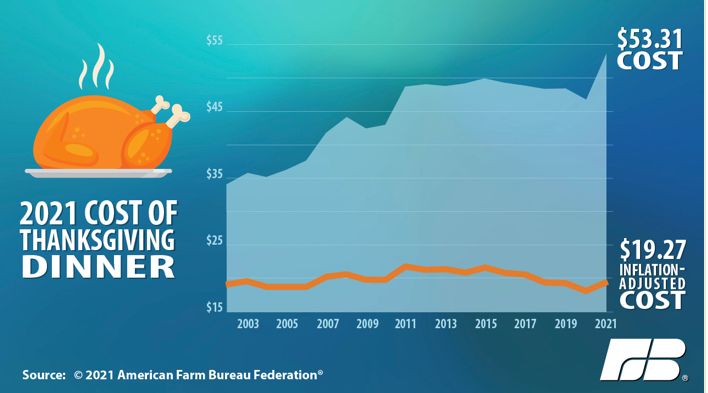 Brainard now has four years as Vice-Chair to tune her political radar. She could have played a better hand I think but you can’t help events when they conspire against you, as perhaps they did in her case.

As we can see from her public positions below, what a difference a month makes.

By now you will have heard about El Salvador and their ‘Volcano Bonds’. The short version is:

There was a lot of excitement at all this and the idea is certainly interesting. We have been supporters of the El Salvador project at ListedReserve, in particular the use of the Lightning Network to lower remittance costs. That has worked, excellent use case, it releases tremendous value for everyone involved and disrupts rent-seeking incumbents. The raw facts of this bond are less compelling.

As Matt Levine of Bloomberg pointed out, El Salvador’s current bonds yield 8.25%, they can be purchased on the open market. If I were investing $100, I could simply invest $50 in the bond, and $50 in Bitcoin and outperform the Volcano Bond.

The whole thing is essentially a leveraged bet on the Bitcoin price. As a fund we don’t use leverage because we don’t believe it is sensible with a volatile asset. Also, on the raw calculations it is not a generous offer given it is very easy to construct a higher returning instrument with a lower risk profile and more upside. This might have been a better idea if the returns had been linked to the output of the bitcoin mining operations based on the geothermal power they have locally. That is far more interesting and avoids the direct comparison with very easily constructed and obviously superior alternatives (which have much higher upside and the same downside).

I think they will get the $1 billion away and I can only salute the outrageous bravery of it. As an investment? No. 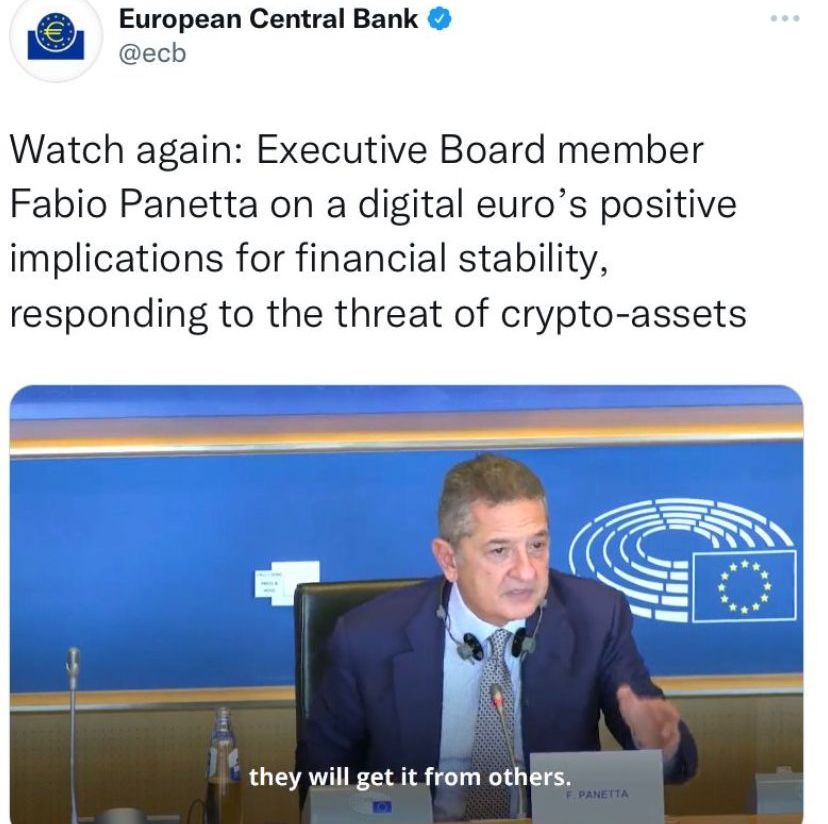 Competition (known at the ECB as a ‘threat’), is a wonderful thing. Without it, there is no need to improve, no need to try and do better. The ECB is starting to realise that their currency does indeed have competition. Board Member Fabio Panetta had this to say specifically on the the digital euro:
“…in ten years from now, if users don’t get digital payment services from us, from the public sector………. they will look elsewhere”
Ten years! It rather says it all. Staring at an existential issue and promising a solution that will be ready in a decade. Not only that, his solution was laced with the usual alphabet soup of agencies that are working to make the currency ‘stable’, he named MICA, the ECB and PISA.

MICA is the European Unions ‘Market in Crypto Assets’. It is proposed regulation from 2018 which plans to provide clarity to everyone on the regulatory treatment of digital assets, the plan is to have legislation by 2024. PISA is a draft oversight framework for electronic payment instruments, schemes and arrangements (PISA) which was issued by the ECB in 2020. There has been no further update since the consultation and it has been complicated by the ECB’s desire to include some reach into cryptocurrency.

The world is simply moving too fast for these people. The euro will survive and the digital euro will come, but users are already looking elsewhere for alternatives. When the digital version finally arrives, I think we all know it will be a tool for spying on Europeans in an effort to keep them safe from themselves. China’s digital currency is already out in test flight in certain provinces. Even before digital currency, they were at least a decade ahead in terms of payment technology.
When the regulations we are promised finally come, they will be sclerotic, drive any innovation away from the EU and will bend over backwards to protect what is left of the euro and ECB’s credibility.
Expect a lot more “cryptocurrency is evil and must be stopped” before then.