Prediction number one then. Marc Andreessen will still be boring in 2024. Here are some more: 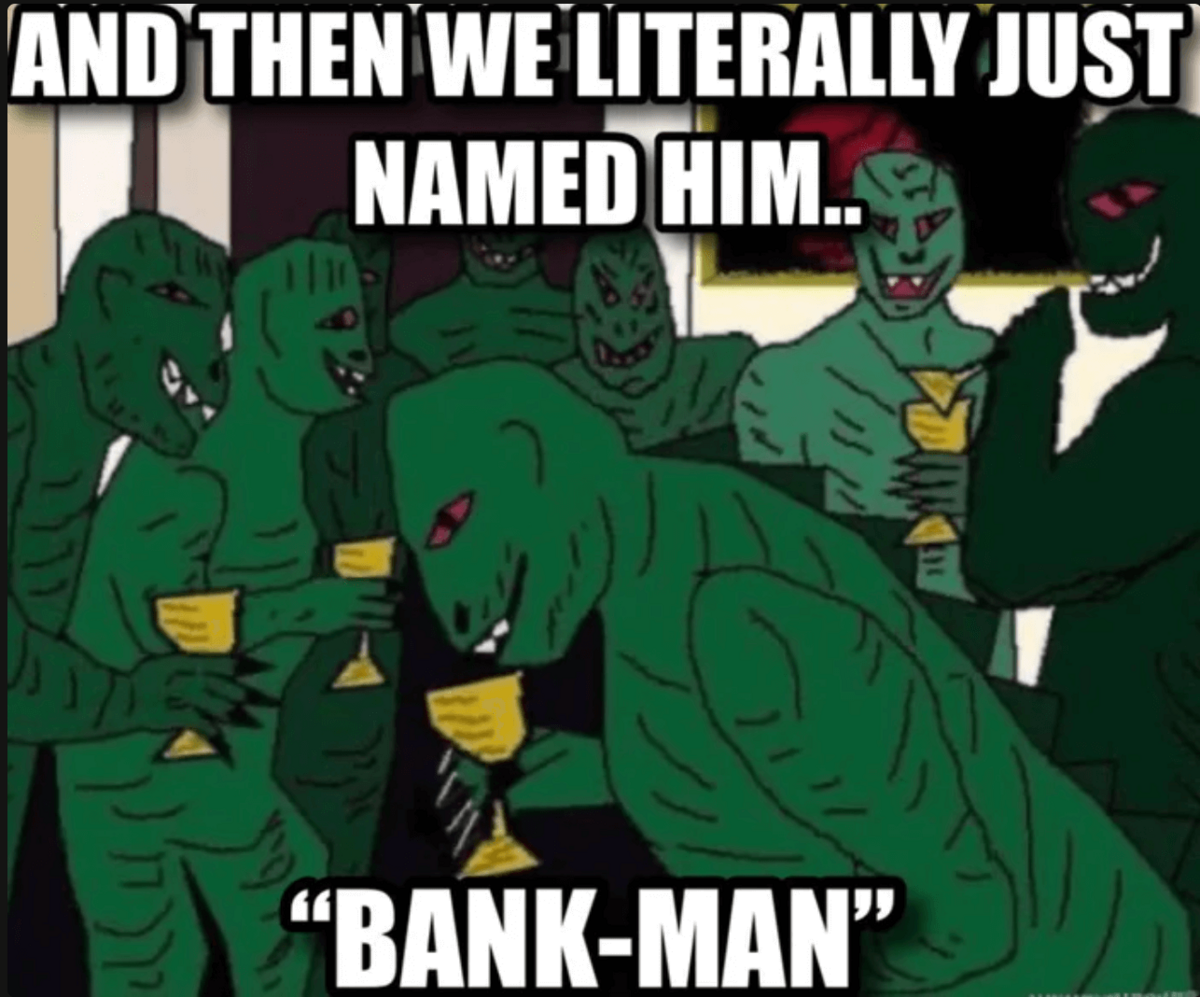 Things are going a smidge wobbly in Japan. Late last year the Bank of Japan moved to make their bonds more attractive to investors, lifting the yield cap from 0.25% to 0.5%. It sounds small, but of course mathematicians amongst you will realise that is a 100% increase in return.

Who would not want to lend to the Japanese government at such compelling rates? Everyone, it turns out. The government’s most recent bond auction was a failure and the Bank of Japan had to step in and buy pretty much everything that was for sale. It would ordinarily be a huge story because failed bond auctions are the beginning of the end but it barely caused a ripple.

“Unlimited bond purchases”. It’s probably a good thing because total bond issuance in Japan in 2023 will be somewhere in the region of $1.5 trillion, 30% of its GDP. Half of that is refinancing old debt, half of it is money they don’t have. A record budget deficit again.

Lots of that spending is going on ammunition according to the Japan Times. There is a massive collapse of the Japanese Yen on its way, the only thing sustaining it is the general weakness of fiat currency everywhere.

Why any non-resident would want to hold Japanese Yen or Japanese assets now is beyond me.

It is worth repeating that should interest rates in Japan reach 3%, interest payments will consume the entire government budget and the doom loop will complete.

I dwell on the bond market for a specific reason. It is the market.

It doesn’t lie. Last year, it forecast a recession in America in 2023 and will likely be correct. In the UK, it also ended the careers of a sitting Prime Minister and a Chancellor because they thought they could dictate terms to it. Of course, they could not and the bond market, after vomiting a gagillion pounds worth of value, promptly sacked them.

So, the United Kingdom commences 2023 in a similar pickle to Japan.

The UK Debt Office forecasts it will issue £240 billion in gilts every year for the next five years. UK GDP is about £2.2 trillion, so we are talking in excess of 10% of GDP in new bond issuance. As the Financial Times correctly asks, who is going to buy them?

The largest holder of UK government debt is of course the Bank of England. They hold £850bn of gilts and they are slowly selling them.

The debt office is rather quickly selling them.

Thanks to the ever growing number of retirees, pension funds are also selling them.

The only people actually able to buy them are young people and the UK government has a handy website for them. The “Junior ISA” allows your child to invest £9,000 tax free at 2.7%. Invest for your newborn and they can have access to the money in 18 years! Your very own financial gulag.

The inflation rate in the UK is of course 10% (actually much higher than that but we can proceed illustratively with the government’s pretend number). Let’s run the maths on the likely outcome for our newborn.

Assume we invest £9,000, achieve 2.7% “Tax Free” for 10 years, and then we discount it at 10%, the current rate of inflation. We will have £4,529 in purchasing power when we reach 18, allowing Junior to pay for 3 days of university fees. Pretty much exactly halving our investment, thanks for coming.

Now, you will say that 10% inflation will not persist, that is likely true. Let’s assume that over the term of the investment the government does in fact achieve its 2% target. Junior ends up with £9,637 of purchasing power after 18 years.

It is a terrible investment for a young person. Zero asymmetry, zero nod to the future, zero understanding of debt dynamics. Sadly, over £1 billion every year goes into this garbage.

“But I’m teaching my children to save!” Are you though?

….and what then of Bitcoin in 2023? Over 65% of all bitcoins did not move at all last year. 35% of them moved rather a lot but of all the panicked sellers, who did they sell too? How many Bitcoins are available for sale as the market starts to move upward (which may not be for a while yet)?

Some of the big bitcoin miners have already declared bankruptcy, the SEC is investigating the Digital Currency Group, owner of the Grayscale Bitcoin Trust. I feel as if that might very well precipitate some positive action, DCG could lose control of that Trust and the new manager has a much better chance of moving into ETF territory.

The massive adoption of bitcoin continues across countries with weaker currencies and corrupt governments, particularly in South America and Africa. Nobody there pretends fiat currency is any good.

Bitcoin was 14 years old on Tuesday this week and it is growing faster than any financial institution ever. Not fast enough for most people of course but everyone will ultimately engage at the price they deserve. 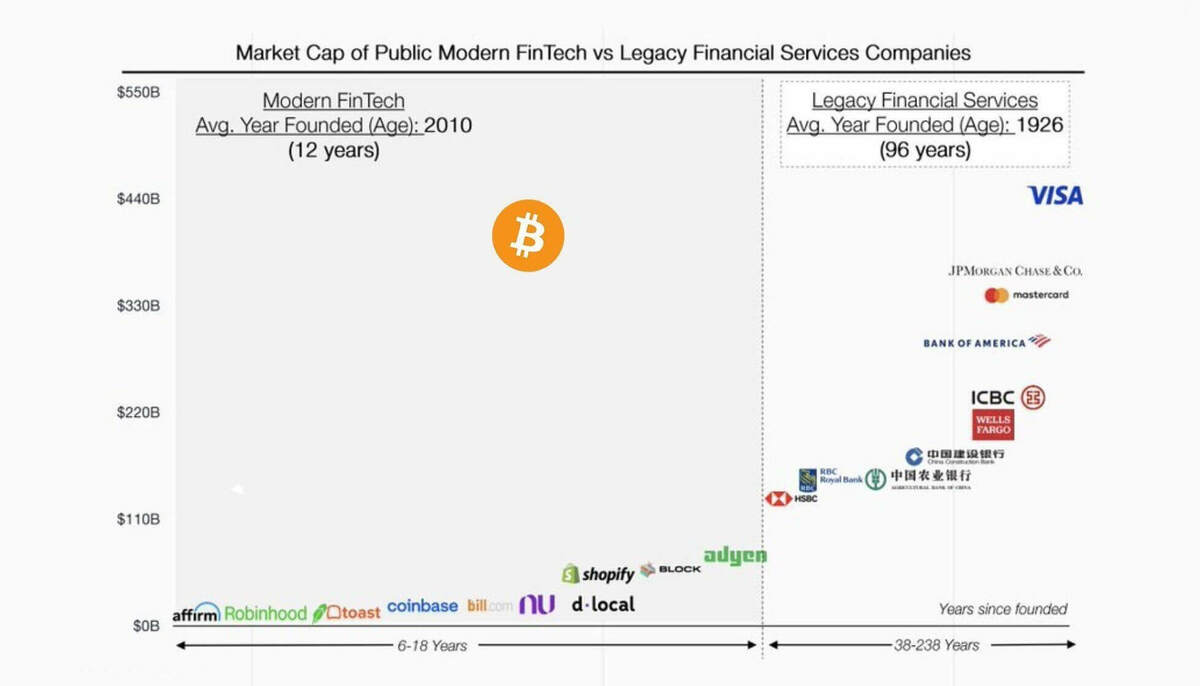 In a not-so-subtle dig at government deficits across Europe, the ECB pointed out that with rising borrowing costs EU governments might, you know, trim the cloth a little. Everything will be fine according to their predictions provided that real growth in the EU economy exceeds borrowing costs.

You might like to spend your coffee break dwelling on how manifestly unlikely that is to happen in Europe. Without interest rates at zero, it is a lesson in pure hopium. The document is worth a read.

Later in the week, EU Chief Economist Philip Lane hit the airwaves with an economic presentation. Having been through the slides I have absolutely no idea what the economic outlook for Europe is, making the whole deck a failure. Indeed, they would not pass muster for a finance graduate; one message per slide please Philip and get the colour palette consistent throughout.

I did understand this slide though. On average, real wages in Europe dropped somewhere from 5-8% in 2022. It’s one of the biggest drops in the last 50 years in Europe. 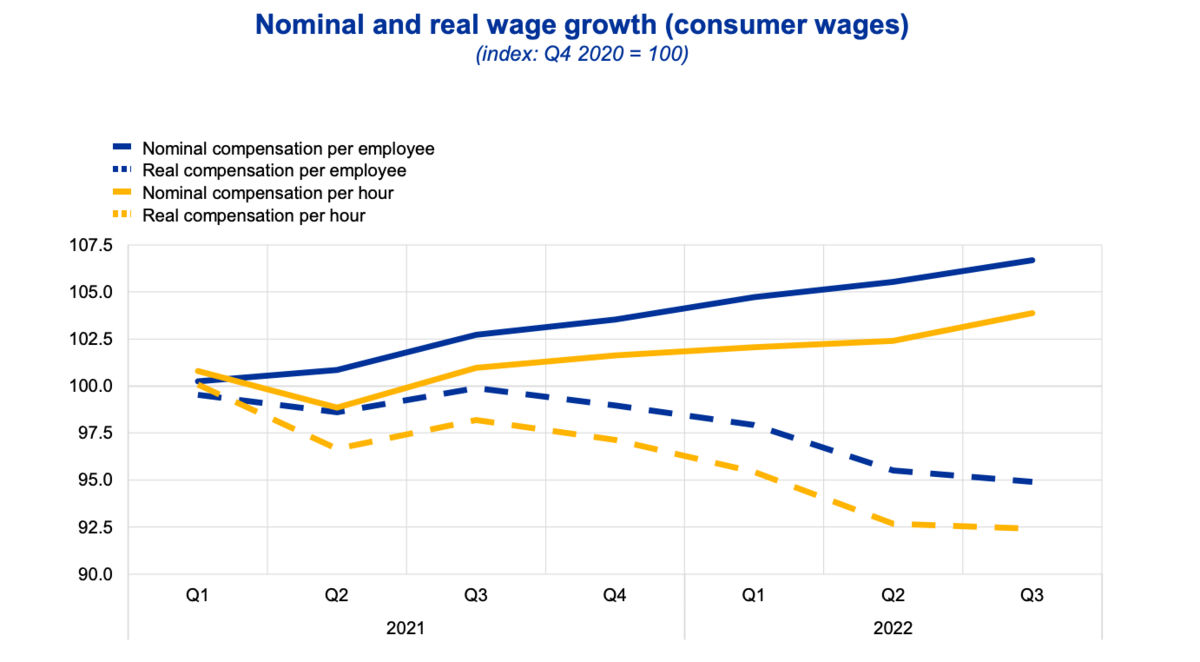 Finally, some great news to fuel next week’s column.