“How long does inflation have to run above your target before the Fed decides, maybe it’s not so transitory?”

“the word has different meanings to different people, the Federal Reserve tend to use it to mean that it won’t leave a permanent mark in the form of higher inflation. I think it’s — it’s probably a good time to retire that word and try to explain more clearly what we mean”

This pair of Nike shoes costs US$51,515. They are amongst the most expensive shoes in the world. There are more expensive pairs, covered in diamonds and gold but they aren’t readily available, so I consider the Nike Air Mag Sneakers the highest price retail option. 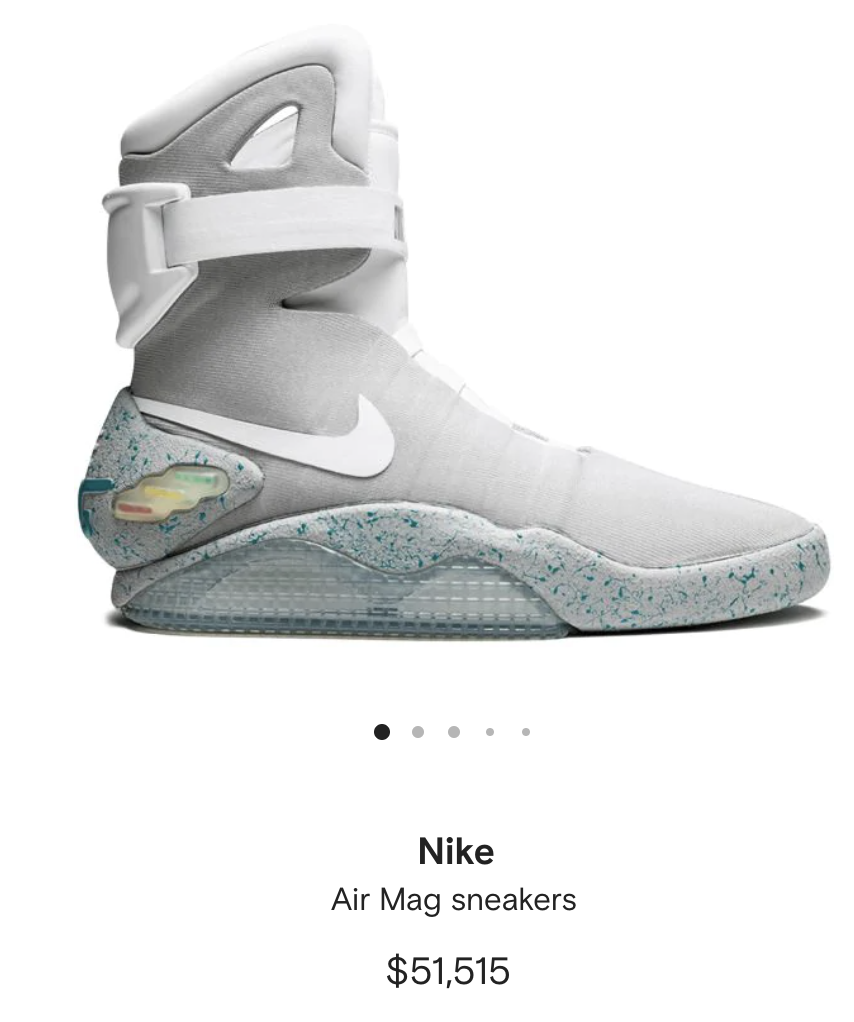 Does anybody actually buy these shoes? Well I tried, and to my great relief they didn’t have my size.

While it seems insane, there is a clearly a market for this stuff and who says they aren’t collectors items?

Given there are no limits on demand, physical or digital, it is no surprise to see Nike’s nearest competitor Adidas move into the metaverse. Clearly the clientele has money to spend and they like ‘cool stuff’. They announced a partnership with Coinbase last week and will be releasing digital versions of their shoes and clothes before too long.

This will likely be huge, it’s quite easy to see that brands might first release items in the digital space prior to their general release. So design new trainers, release a thousand of them that people can put on their avatars and charge $3k or even $300k. We suggested a few weeks ago that digital items might be priced at the same level as physical items, in fact there is a good case that they might cost more. Faking brands in the digital metaverse will not be possible thanks to cryptography, the software will validate authenticity and everyone will know immediately if you are wearing a cheap fake; which means nobody will. So, the control of supply and IP will be so much easier to achieve.

Forgeries have been a big issue for a long time for big brands, just like digital assets give everyone the chance to own their assets directly, it will give brands the chance to fully monetise what they have been building for years. They are only just working this out, they are staring directly at a printing press of their very own.

Really interested to see how they price this stuff and who goes first. The smart play will be to start very high with a severely restricted supply. So ten pairs of trainers, give five to some NBA players and sell five. Then work down from there.

They know this is huge 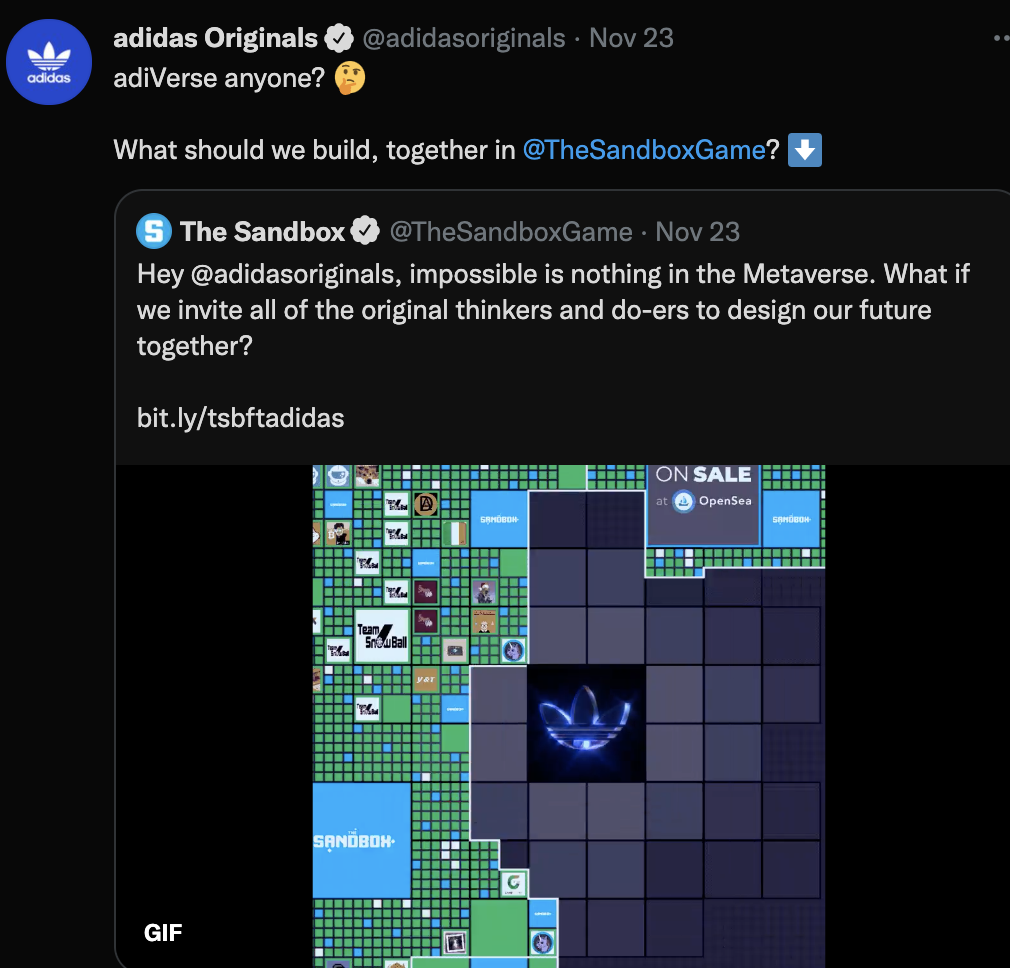 The most expensive shoes in the world will not be physically available, they will be a digital incarnation. Just like a $51k trainer is totally crazy, it doesn’t matter. People want what they want and if it happens online, that’s fine too.

Number one. The US Dollar, but this time wielded by the Chinese. China has an awful lot of US Dollars thanks to its trade surplus with the USA. For a long time, they spent them buying US Treasuries and everything was rosy in the garden. They then realised that wasn’t working out too well, so they changed strategy and started lending the dollars to other countries at favourable rates. All over Africa, China made loans to local countries to build infrastructure and the deal seemed like a good one. 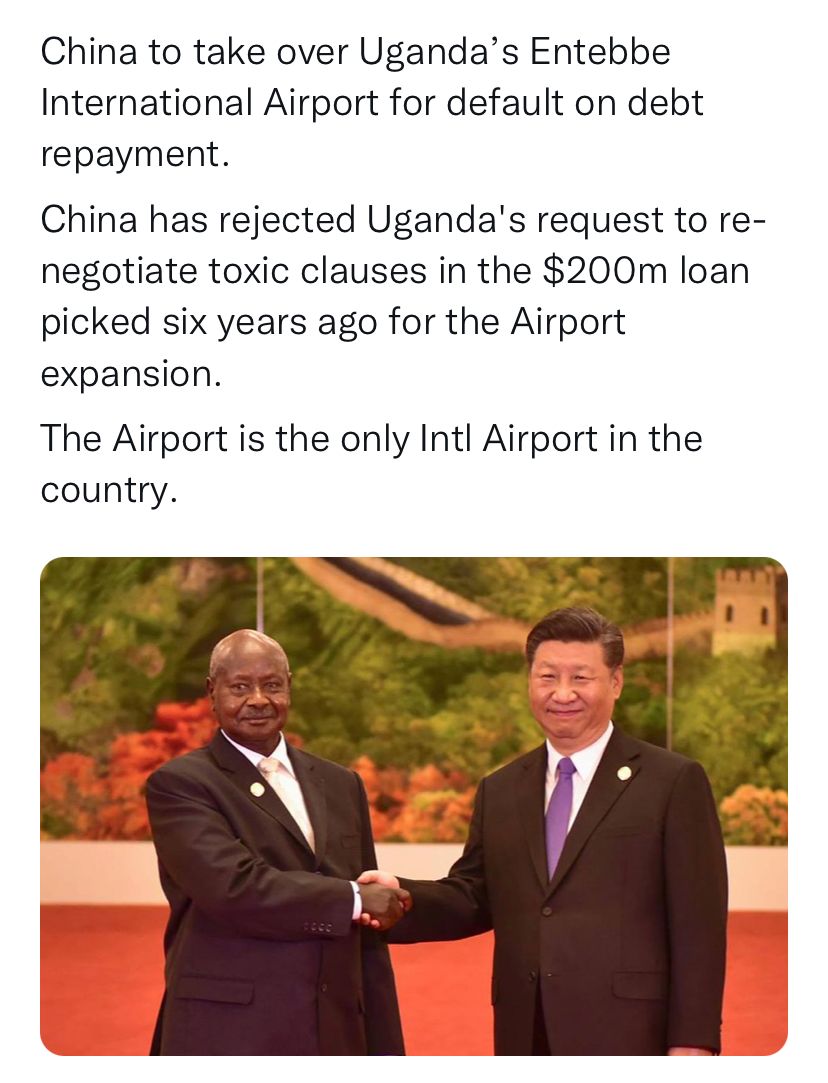 Now Uganda’s only international airport is owned by the Chinese State, which is good for China and less good for Uganda. To be fair to the Chinese, the deal was if you default, we get the airport. They defaulted.

Our second example is rather more sinister. The Central African Franc (CFA). Fourteen countries in Africa, old colonial possessions of France, still operate on the CFA. The currency is tied to the old French Franc (except that has gone so it’s really the Euro). The whole thing is simply a tool to retain French influence over the region and its resources. Currently people in one of those countries, Burkino Faso, are protesting about the presence of French forces in the country. They are, of course, “there to help”. It has become dangerous though, even the schools have now closed to allow for a period of calm. 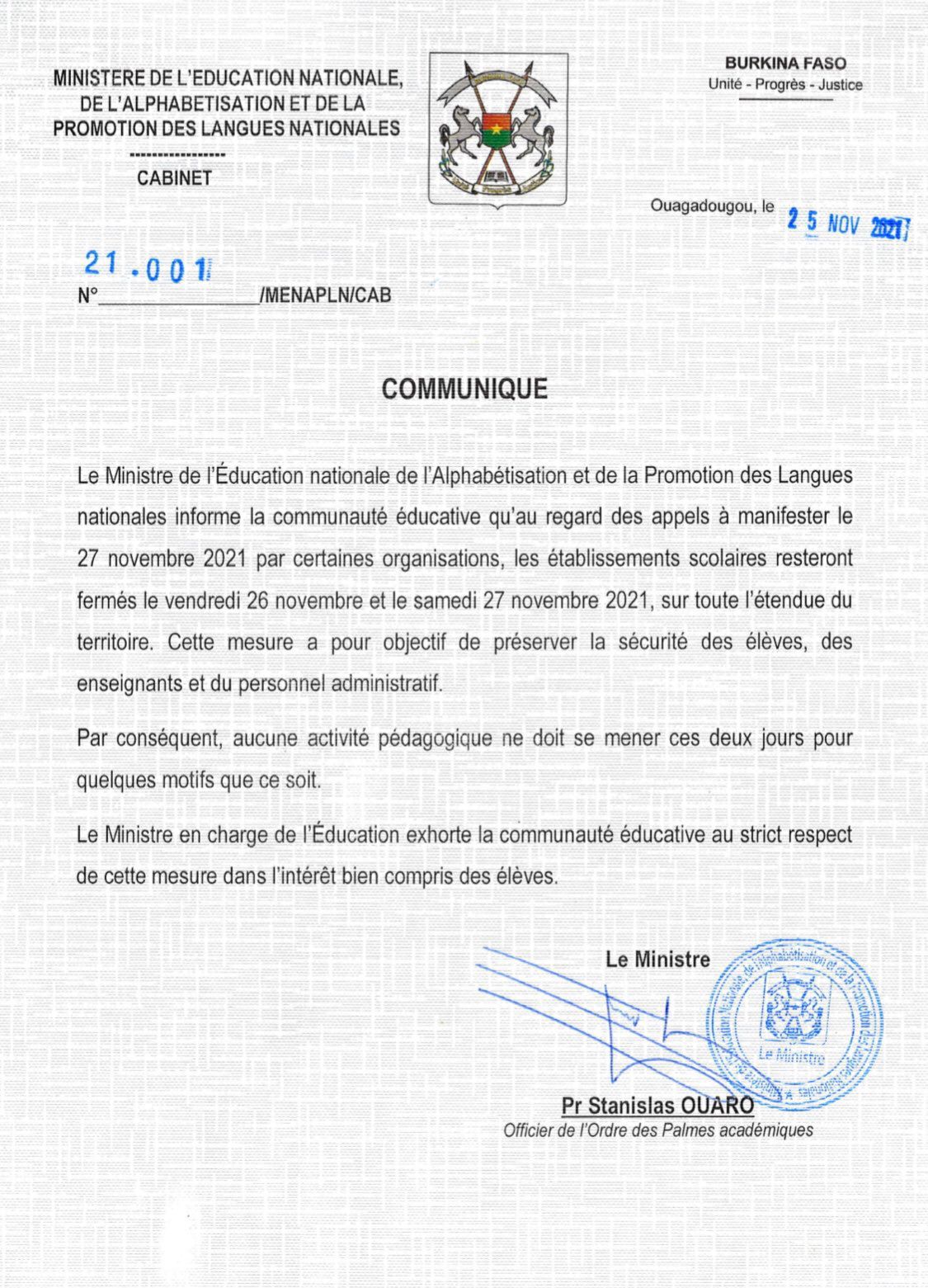 The situation is no doubt a complicated one. The fact remains though, that while France controls the currency of that region there will be no real independence. That they feel comfortable readily deploying their troops in the region speaks volumes.

The importance of control over currency cannot be overstated. It will be increasingly relevant over the next decade. As more people choose alternative currencies there will be more outright attacks on those currencies from governments globally.

Popping up from the mists of nowhere to defend the US dollar this week was Hillary Clinton, who reminded us that “Russia and China” could manipulate cryptocurrencies to weaken the US Dollar. Hillary is still obsessed with Russia; she seems unable to utter any sentence without implicating the Russians in some conspiracy or other

Notwithstanding that she is totally insane, she has a point. The position of the USD as the reserve currency of the world is very clearly under threat. The Chinese don’t want the bonds anymore and increasingly people are waking up to longer term weakness of the dollar. The flaw in her argument is that other countries or cryptocurrency are doing the destabilising. The fact of the matter is the United States did it all by themselves. 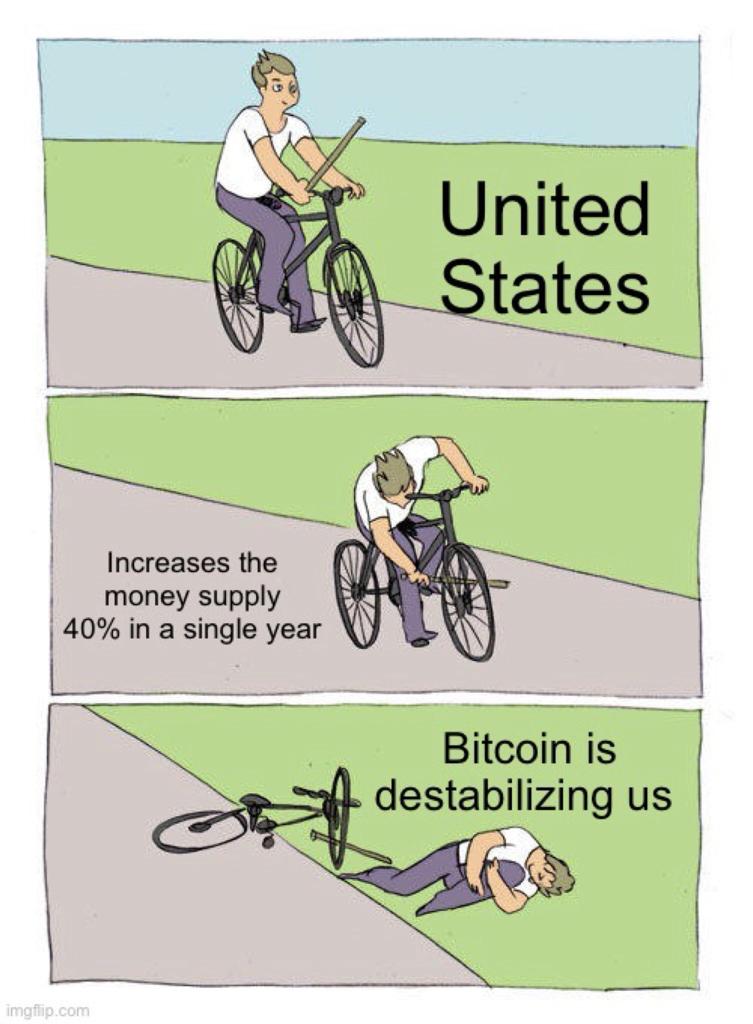 There was further embarrassment for the SEC on Thursday following a surprise Bitcoin ETF launch by Fidelity Asset Management. They have applied for an ETF in the US, but on the side, launched one in Canada. Fidelity is the third largest asset manager in the world, for them to side-step the SEC like this is a pretty serious statement of intent and would not have been done without serious consideration at all levels of that firm.

Fidelity clearly feel they are missing a trick by being forced to wait in the US and have simply crossed the border to meet their goals. How is the world’s largest capital market allowing this to happen?

It got even worse for the SEC this week when the largest Bitcoin asset manager in the world, Grayscale, wrote to the SEC claiming their decision not to allow a spot ETF violates Federal procedures.

Grayscale called the decision “arbitrary and capricious” since the Commission has approved futures-based bitcoin ETFs, but not spot-based offerings.

“Bitcoin futures ETPs registered under the 1940 Act and spot Bitcoin ETPs that are not required or eligible to be so registered are the same in all relevant respects, but based on the analysis in the November 12, 2021 disapproval order, the Commission is treating them differently,”

It’s all hugely entertaining because there was a time when bitcoin companies didn’t really have money for lawyers and lobbying so the SEC could just push them around as they wished. Not so now, it’s a massive thorn in their side and I’m certain they would love to approve a spot ETF but something else, somewhere in the machinery of the US government, is stopping them. Most likely that Wall Street wants to get set before they let retail investors in.

Christine was working the German press this week and not a moment too soon. Concern over energy prices continues to grow with the perfect storm of money printing, energy supply issues and a cold winter. Sadly, she did not get advanced warning of Jerome Powell’s comments and assured everyone that inflation would be falling back shortly.

So, in Europe, it’s still transitory. Unfortunately, the staff at the ECB don’t seem to think so and have threatened to go on strike. 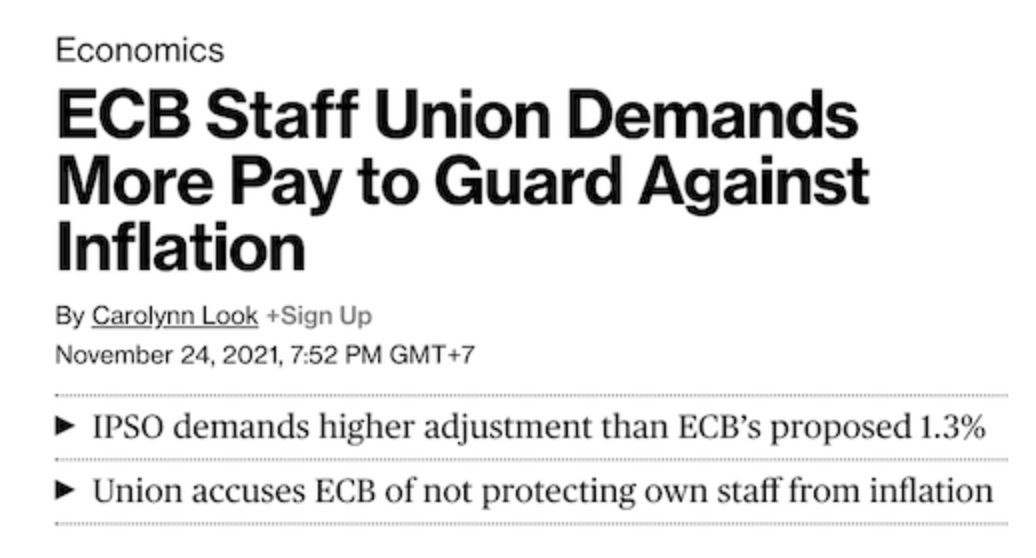 It is seriously embarrassing for the ECB, since their own staff don’t believe the party line they are paid to sell to the European people.

The team at the mahogany table are now under pressure because if they yield on pay rises, they will give the game away, so I suspect some other hashed compromise will be reached. Expect pension contributions at the ECB to rise from 23% to 30% quite shortly.