This question lies at the heart of our industry. As a fund we believe people are selecting to do this because the technology is helpful and valuable. Whether people are exchanging bitcoins, NFT’s, stablecoins or whatever it may be. That activity necessarily happens outside of the purview of the government regulated banking system.

As a result, the question also goes to the heart of regulation. Can governments actually stop this from happening? If not, can they regulate it to their satisfaction?

As Thailand has discovered, bans don’t work (it’s peer to peer – you can’t ban people), then they proposed a tax which voters overwhelmingly rejected. Now they plan to regulate.

I suspect that will be the path for most countries around the world, at different speeds. People will adopt superior technology, the government will scream and complain, and then fall into line.

Ultimately, the issue is this: If you log on to your internet banking today and try and send money to say, Iran, your transaction will be blocked. If you use a digital asset, peer-to-peer, it will happen immediately and cheaply.

You might say, “but Iran equals bad!” I might say in return; “What on earth does it have to do with you? Or your government?”

Once again, property rights matter. The only technology returning it to people are the assets we invest in. 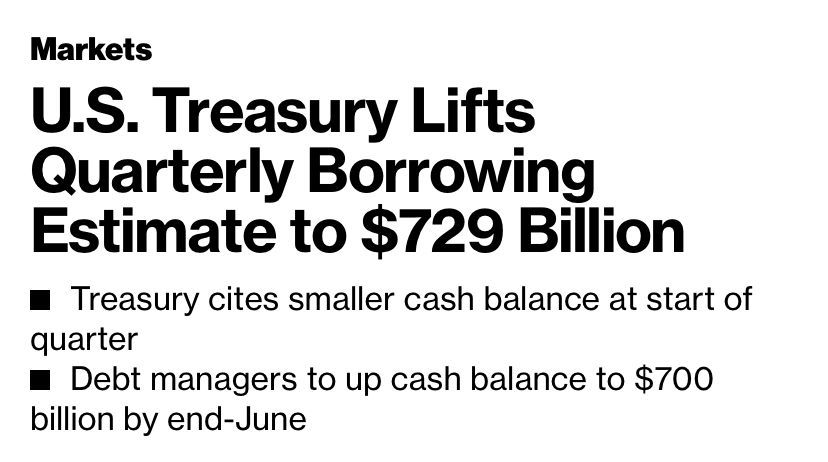 The scale of US borrowing no longer seems to be a talking point. The numbers are so large now that there is general acceptance that it will continue forever.

The conditioning continued in on Bloomberg this week with an article about Modern Monetary Theory and why borrowing without limit might not be such a bad idea after all. 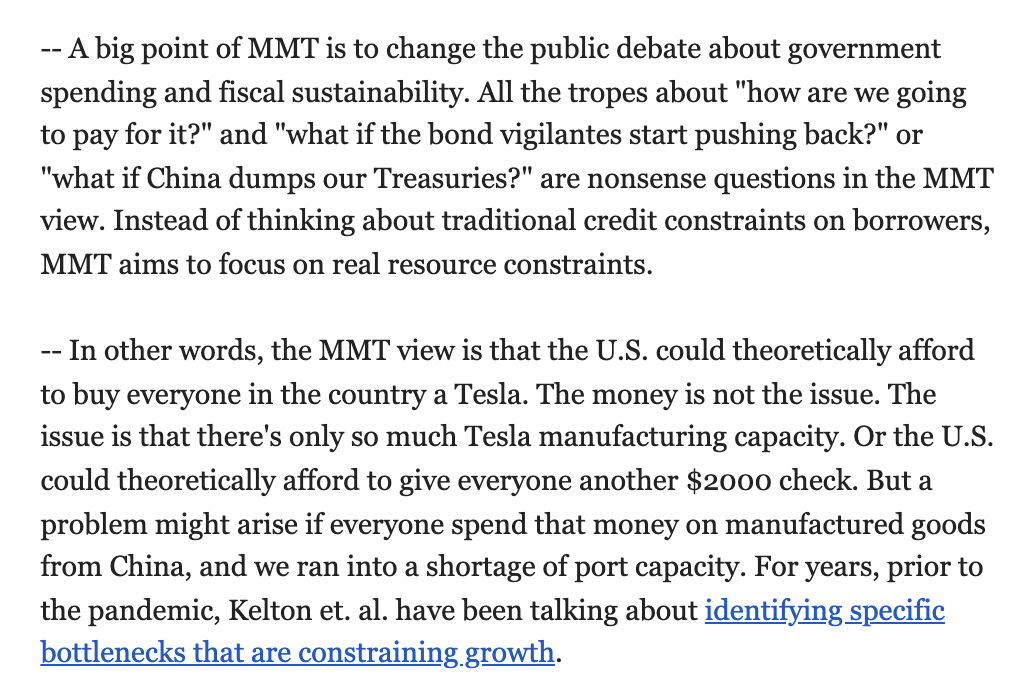 The article goes on, making a reasonable attempt to justify that all Modern Monetary Theory is not nonsense. Indeed, the claim that the US could afford to buy everyone in the country a Tesla is probably not false in absolute terms.

The thing is, do we really need detailed economic theories to tell us that everyone cannot have everything? We intrinsically know that continually borrowing money to buy things is wrong, we know that excessive debt leads ultimately to failure. It always has and it always will.

As for the bond vigilantes, they currently have no reason to dump their assets. They know there is an unlimited buyer of last resort at the Federal Reserve, who even with their new “hawkishness” are still buying. In January they bought $60 billion in bonds each month. Prior to November they were buying close to $100 billion per month.

The Fed now owns $6 trillion in bonds up from $2 trillion at the end of 2020. Let’s assume they decide to unwind that over 10 years. That’s $50 billion per month of additional bond sales in a market that would have no buyer of last resort. That will accompany the American governments average issuance of $250 billion per month.

Who will buy them? Not the maligned ‘bond vigilantes’, that’s for sure. Not the pension funds either who are moving into the net divestment phase as the population ages and retirement funds unwind. It’s hard to emphasise just how awful an investment US government bonds look on paper, and yet the average recommendation to an investor is that the percentage of their portfolio to be held in bonds should reflect their age.

It is essential now for all Western governments to keep that narrative alive. We see it on the premium news channels, the bond fund managers get prime billing in Australia’s Financial Review, they get exclusive access to politicians whose vanity projects they help finance. The bond asset class is shored up daily on Bloomberg and elsewhere with both narrative support and trillions of dollars of public money.

Not in this column though.

They are garbage, and it is quite obviously a gigantic fraud. No other asset in history has had the multi trillion-dollar bailout that bonds have. A bailout that is entering its second decade.

We bought an NFT this week for our Twitter account, which you can see here. Mostly, this was an experiment to review Twitter’s NFT experience. Some thoughts: 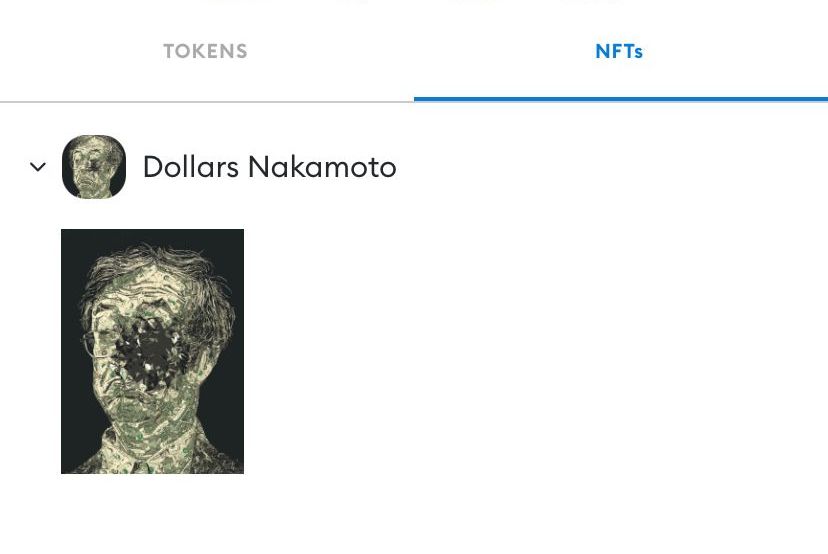 The whole experience was enjoyable. Would people want to collect NFT’s? Yes. Therefore, is there value in them? I must say, yes. I think there will be.

Perhaps a recent equivalent to this could be the onset of social media. When it launched, was it really possible that people would have relationships (professional and otherwise) conducted on those platforms? It certainly wasn’t obvious to everyone, and it was widely dismissed.

Similarly here. Are digital art and collectibles nonsense just because they are digital? The recently lived experience says no. It’s real and it’s fun. Incidentally, I bought a few more NFTs later in the week for no other reason than it’s fun and I like having them.

The UK reported inflation of 5.4% this week with a forecast it will rise to 7% by April. Already the highest for 30 years, it’s starting to get a bit uncomfortable.

Riding to the rescue was the Bank of England Governor Andrew Bailey, who having increased interest rates last week promptly told the British people, believe it or not, not to ask for a pay rise as a means to curb inflation.

He has since been pilloried for his comments, even though they make economic sense. It probably wasn’t terribly sensible to stand up and say, “if you could all just get a bit poorer, our problems would go away”.

I suppose we all say silly things from time to time but in Bailey’s case he doesn’t mind slinging mud when someone else does it. In 2021, Bailey objected to the title of report by the House of Lords’ Economic Affairs Committee, “Quantitative easing: a dangerous addiction?”,

Bailey said “Addiction is a word that has a very damaging and very particular meaning to many people who are suffering. I think it is wrong to use that word loosely, and frankly I think it was a very poor choice of language”.

A very poor choice of language……..people who are suffering. Indeed.

We do follow the comments of Mr Bailey because he has been extremely vocal about bitcoin and cryptocurrencies. Here are some of his highlights to date

Nobody likes schadenfreude, except me. I love it.  So, if you hold pounds, when the April inflation print lands in the UK you will be losing 7% of your purchasing power every year. Roughly every ten years it will halve.

He will be so monumentally wrong it won’t be funny, particularly for the holders of British Pounds.

Quite a change of mood following the ECB monetary policy meeting. The subtle changes being Lagarde noting “inflation risks are tilting to the upside” and she did not repeat that there will be not rate rises in 2022. As I said last week though, don’t expect interest rate rises soon.

An excellent summary of the situation was provided by UniCredit’s Erik Nielsen on the weekend. For those interested in Europe it is worth a read and is a fair assessment, setting out that the ECB is all over the place.

More amusingly, the ECB has persisted with their charts of androgynous Europeans unable to complete simple tasks. First up, a customer is overwhelmed by the complexity of a petrol pump under the watchful eye of someone unwilling to help.

Happily, the forecast for later in the year is a good one. Citizens can resume carrying iron girders on their shoulders while chasing forklift trucks. What could be more encouraging?

I must say though the “higher incomes” line is extremely disingenuous with 7% inflation and 2% wage increases. The nominally higher income will be buying absolutely less, and the ECB know it.

The final one is my favourite, depicting the European economy as a paper aeroplane, gently altering course before accelerating towards the tarmac. I think apt, but if I were the ECB, I might have chosen something different.