It is for times like these that we remind everyone:

With those things in mind it is much easier to to cope with what has been a significant drawdown but it’s a good reminder that quality and liquidity matter. There was no problem for sellers unloading blue chip assets like bitcoin over the weekend, while those in leveraged in DeFi had a bit of a harder time.

Here’s a reminder of all the drawdowns over the course of the last 12 years for an asset that is up 9000xover the same period. 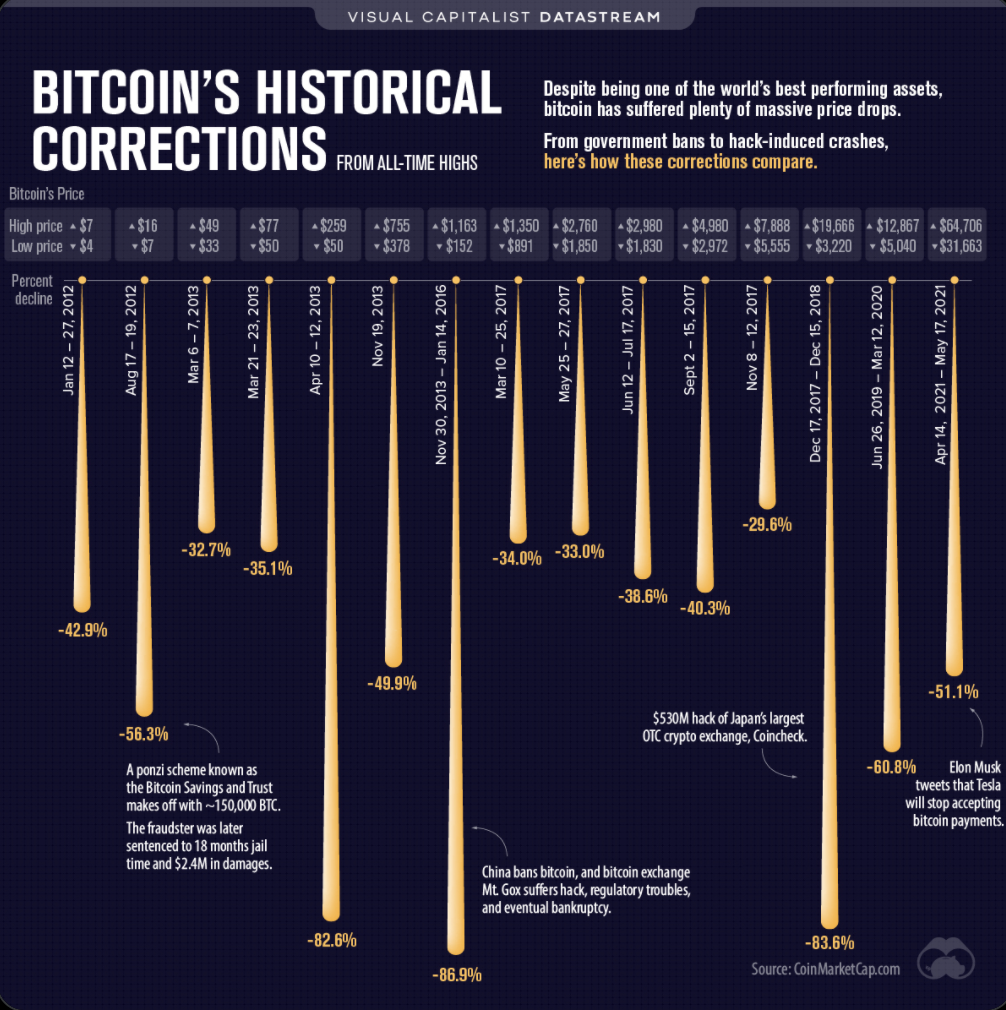 A volatile weekend also highlighted some of those protocols which work well under pressure and some that don’t. Contrary to the last major liquidation in May 2021 most of the major exchanges held up well. Finally Coinbase managed to survive a significant market move without its servers collapsing.

The same cannot be said for some of the newer protocols. Solana, the “fastest blockchain in the world”, was down the whole weekend due to issues with its ‘block validators’. Users staking Solana were unable to sell or exit positions, causing many to be liquidated when they couldn’t intervene and post new collateral. Ethereum was congested too, with gas fees (the cost of executing a transaction) exceeding $100.

While this sorted itself out over the next few days it highlights a number of issues for the whole. In particular will the project/asset scale and is it decentralised?

The announcement below from Solana is a good example.

Firstly, decentralised protocols don’t really have a website, or indeed paid engineers. This sort of emergency release is very much a sign of a totally centralised solution that is basically a company. It doesn’t mean Solana will fail but there is a huge difference between a decentralised protocol like bitcoin and a corporate sponsored blockchain like Solana.

As a fund we believe the asymmetric return opportunities are much more likely to accrue to the decentralied alternatives of which there are very few. In centralised projects, the regulatory risk is massively heightened and you can guarantee that the economics of whatever it is will be sewn up at the corporate level.

To the scaling issue, on the evidence of the weekend the only thing really scaling is the bitcoin lightning network. Ethereum is becoming very expensive to use and its competitors are struggling to keep their servers online.

Twitter has released NFT headers enabling users to display their NFTs on their profile. If you see a hexagon profile on twitter you can click on it and check out the provenance of the asset.

It has been well done but is only available only to Twitter Blue users, those paying for Twitter’s premium version. The monetisation of that platform seems to be accelerating post-Dorsey which is probably encouraging for shareholders but it remains to be seen what users think. 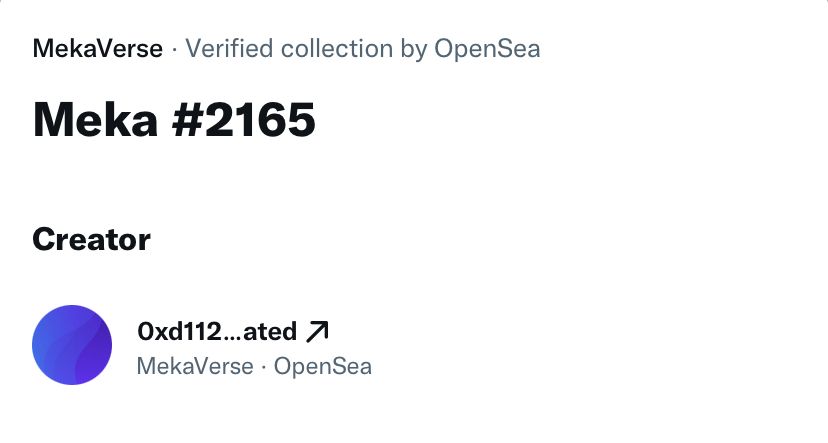 One of the issues though is anyone can take a picture of the NFT re-mint it on OpenSea (essentially applying a cryptographic signature) and it will pass Twitter validation. So, for example, you can show a picture of the Mona Lisa in your Twitter header and provided you have minted the image on OpenSea it will work on Twitter.

This shows the best the use case for NFTs might be within a closed loop ecosystem like a video game. Inside a game, the minting, validation and display elements can all run together and it’s not possible to replicate another digital image.

While sceptics abound, the NFT market continues to boom. The growing view is that much of this stuff is worthless, but worth is a matter of opinion, particularly in collectibles. At school, some decades ago now, we all collected stickers of footballers for our Panini sticker books. They were worthless and we loved them. Panini are still in business today and just signed an extension to their deal with the English Premier League.

If it’s collectable, including NFTs, there is a good chance someone will see value in it, even if you don’t. 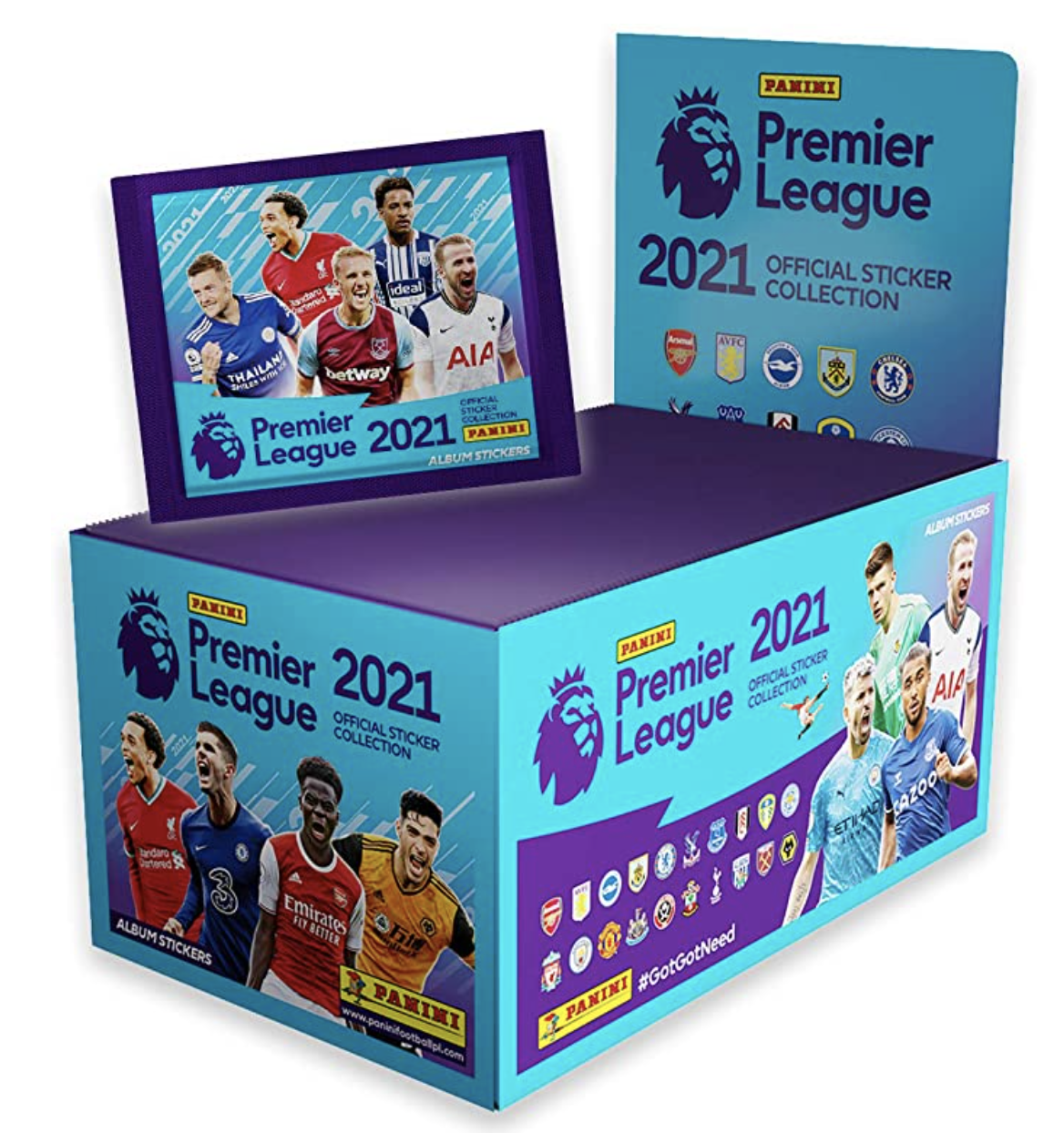 The Federal Reserve released its report on digital currency on Thursday. It is quite balanced and perhaps unintentionally radical. It seems that central bank digital currencies are now inevitable.

We discussed last week the growth of USD stable-coins which continues even through this market turbulence. Essentially the crypto-dollar is already here, it is real, and the Federal Reserve would like their own version. They appear in this report to acknowledge that a digital dollar will be one way to preserve the Dollar’s role in the world economy. I couldn’t agree more, and to some extent stablecoins are doing this work for them.

There was some more sinister stuff though because of course the money is programmable.

You can imagine all sorts of horror here:

It’s politically attractive and there is so much postive policy spin that can be added to this stuff. Just imagine:
“we can directly program the government’s spending so it reaches the people who need it the most, we will save billions and help people at the same time”.
Horrible stuff. Coming to a dystopia near you before the end of the decade.
Elsewhere in America, Biden is promising an Executive Order around cryptocurrency on the grounds of national security. This might land as soon as next week, reading the SEC tea leaves it likely will not be good for DeFi in particular.

Davos 2022 has now concluded. Among the lowlights was this from the European Commission President Ursula von der Leyen. Most famous for her inability to secure vaccines for EU citizens but best known for her general levels of stellar incompetence.

“The European Chips Act”. Thats right, Europe is going to go from a zero IP base in chip design to making enough chips for all of its citizens. According to Ursula, the Chips Act will reduce Europe’s reliance on Asian chip manufacturers and quadruple Europe’s chip production by 2030. Given Europe hardly makes any that doesn’t seem terribly ambitious. The problem they have in Europe is that no self-respecting chip manufacturer would want to go there because not only does Europe want chips, it also wants to tell people what they can do with the chips when they have them. 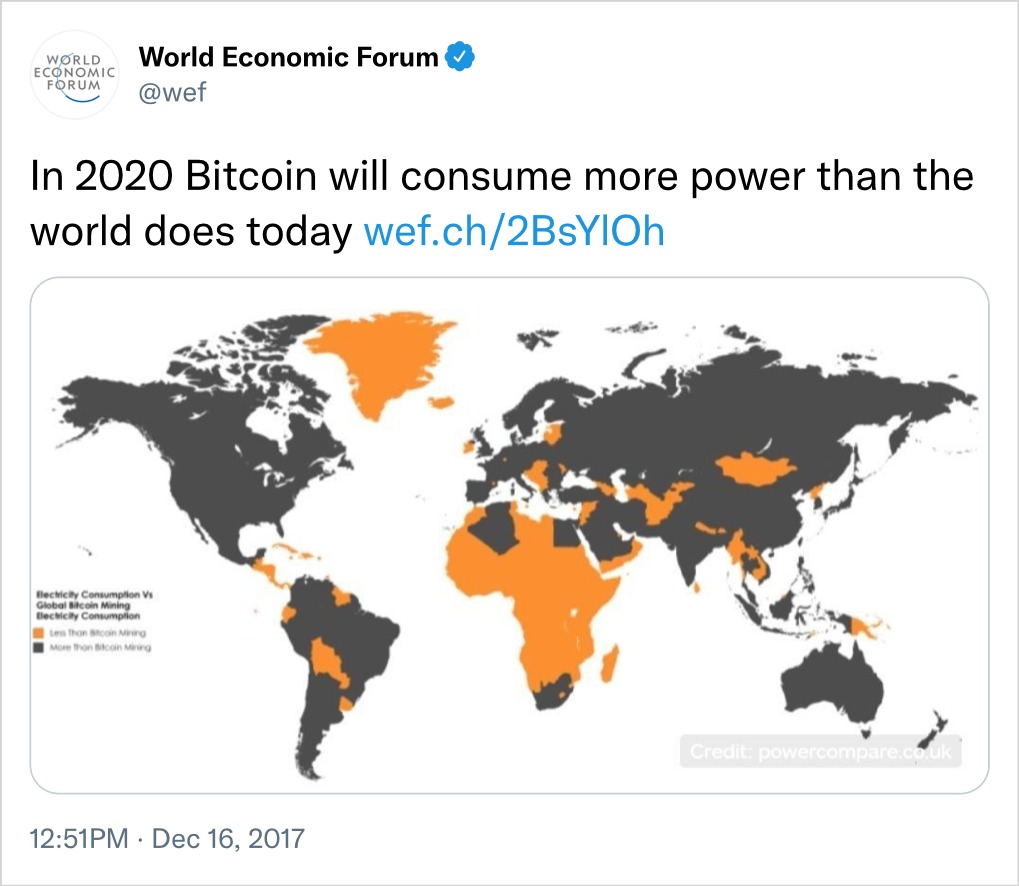 They simply don’t have a clue. Neither about chip design or the things that are pushing chip design froward both in terms of efficiency, power consumption, grid balancing or general compute.

In Europe, chips are French fries and it will likely stay that way but not before they throw billions of dollars in subsidies to their mates at the cost of the European taxpayer.

Even as Ursula was speaking Intel was backing away from committing to European facilities. Why? The American government don’t want to export their IP and neither do the Chinese and why would they?