Review of the year

To qualify as ‘they’ you first need to be unelected. Then you need to work for an non-governmental organisation which hugely reduces the oversight that elected persons have over what you do. Then, you need to dream up ideas about what everyone else in the world should be doing at any point in time. The final step to ‘theyness’ is getting elected officials to act on your dreamed up essential behaviors.

Necessarily, anyone that is able to fulfil these criteria is likely a psychopath which is why Hillary Clinton so naturally comes to mind. So does George Soros, the WEF lizard guy, and the bloke that unbelievably didn’t get sacked by the World Health Organisation, Tedros Fraudyesos.

One of the lower profile ‘They’ organisations of the last few years has been the United Nations. Their search for relevance continues, since they oversaw the Srebrenica massacre in 1995 (I bring it up occasionally so we don’t forget). They weren’t very good at peacekeeping, so now ‘they’ have rebranded as “digital experts”.

The Digital Strategy is a work of art. In 52 pages it manages to say absolutely nothing. A new Digital Office has been established and is helpfully explained in this word salad:

There are more sinister elements too, in particular the definitions at the back:

It’s not just the United Nations. Our good friends in the EU are at it as well. Their new ‘digital everything’ wallet includes not just your money but also your health record. Honestly, what could go wrong? 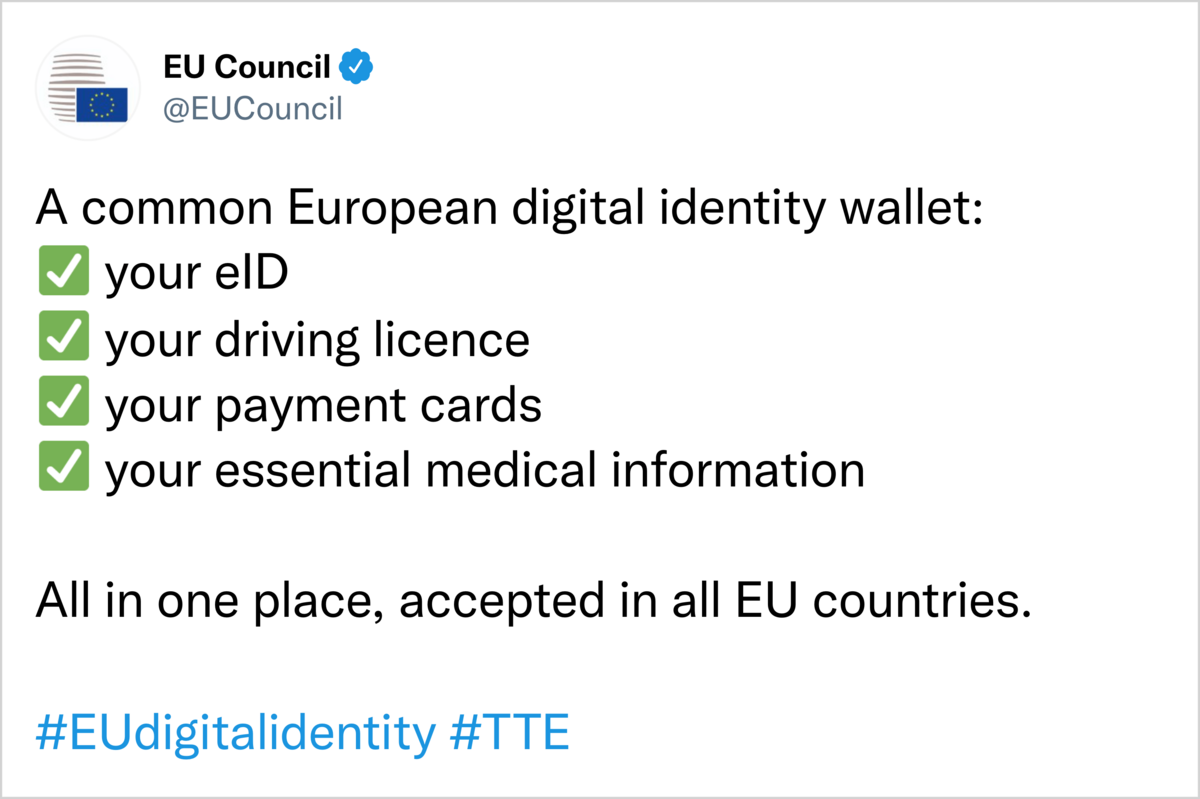 Binance is the behemoth exchange in the sector. 10x the size of their nearest rival. All week they have been under pressure that assets are not backed and withdrawal volume has been enormous. 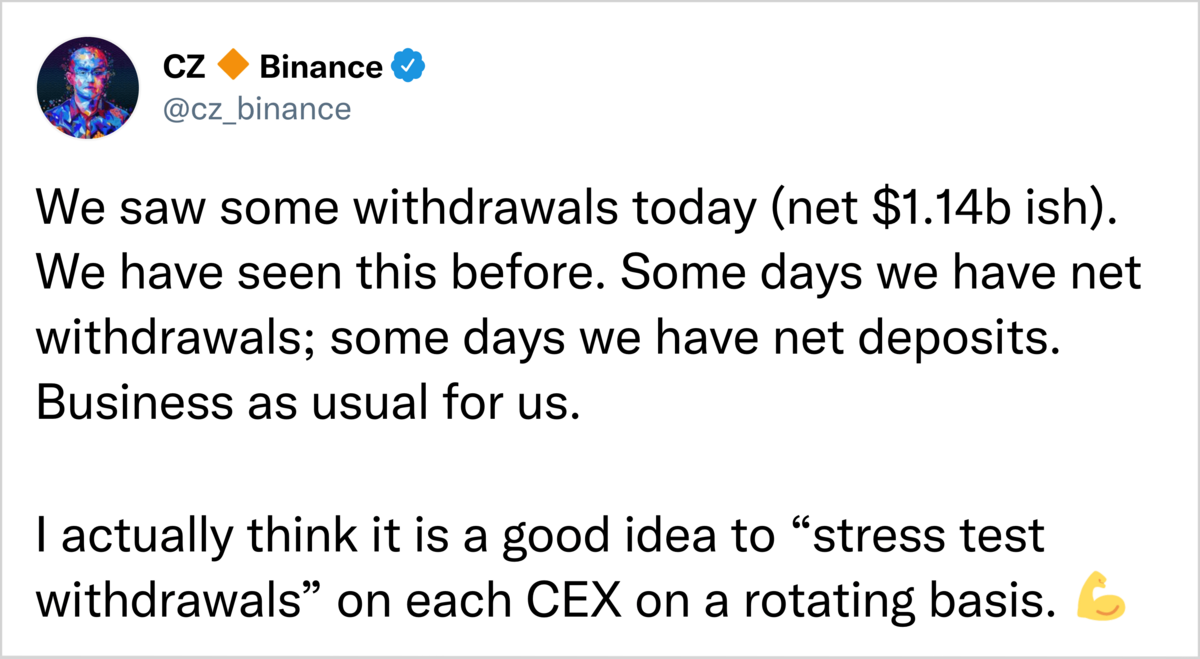 Gross, the withdrawals were around $6 billion, 15x normal volume. As he says, it is a stress test for Binance, not just of their liquidity but their systems too.

In the middle of the peak we ran a test, depositing and withdrawing BTC from Binance. The withdrawal took 12 minutes to be processed. So during the highest volume outflow they have ever seen, they beat every bank in the world in terms of speed of withdrawal.

Despite all the commentary to the contrary, I believe Binance runs a 1:1 exchange. We don’t leave assets on any exchange because that would be extremely foolish but as far as credible counterparties go they still appear to be one.

Where Binance might have more difficulties is with US regulators. A lot of people in the US lost money on FTX which was pushed over the edge by some tweets by Binance’s CEO (which he likely now regrets). Memories are long and stories like this about Iran and sanctions are unhelpful.

I expect them to pass the liquidity tests, but they might find the US regulatory tests a little harder. Still, CZ is rich and in America money wins. Just ask SBF, when he was the world’s youngest billionaire three weeks ago everybody loved him. Now he’s in handcuffs and can’t find a friend. 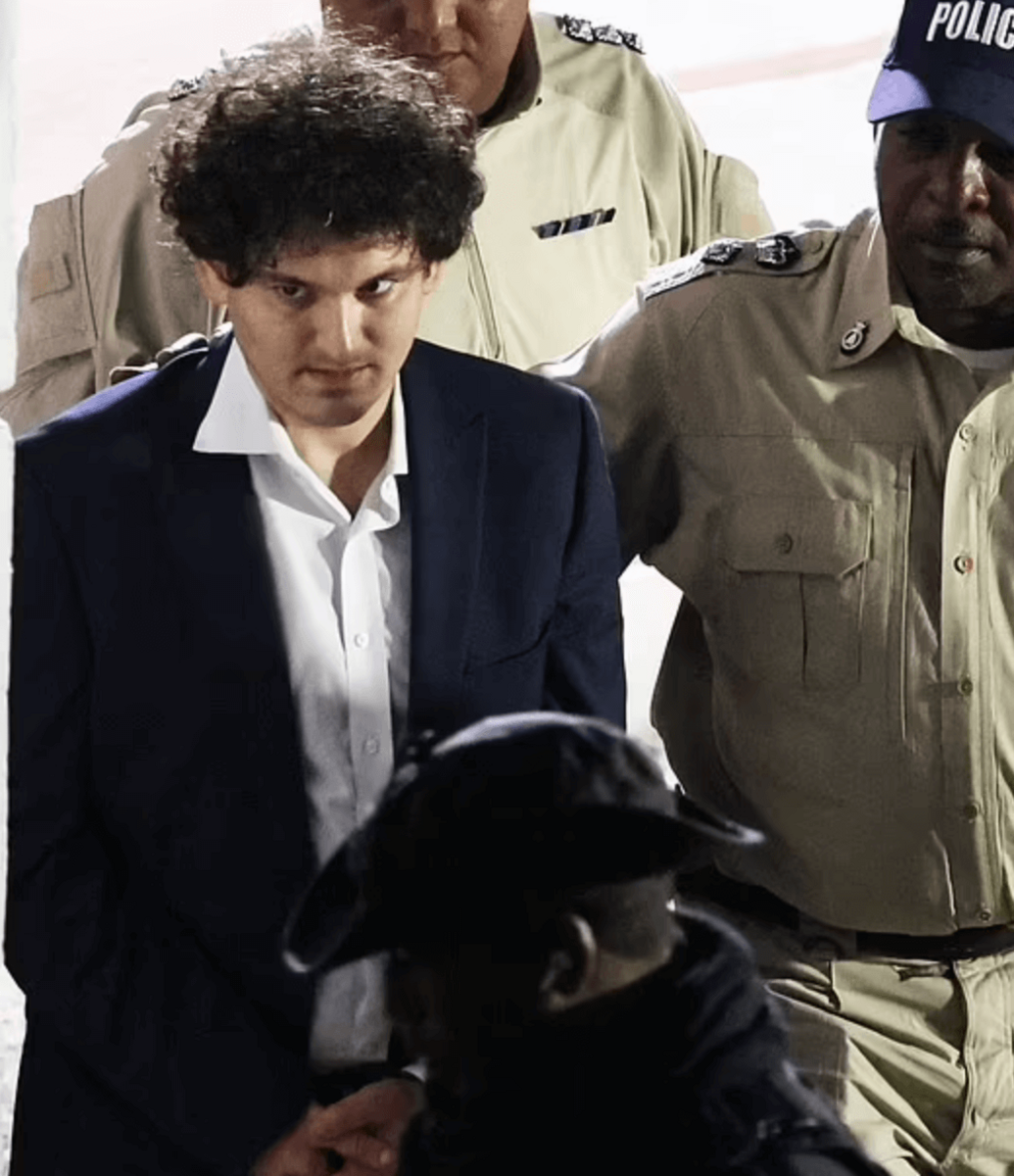 Meme of the year

After an extensive period of voting at ListedReserve, the meme of the year was awarded to the image below. Housing markets, economics, Royal Accessions all rolled into one. Great stuff. 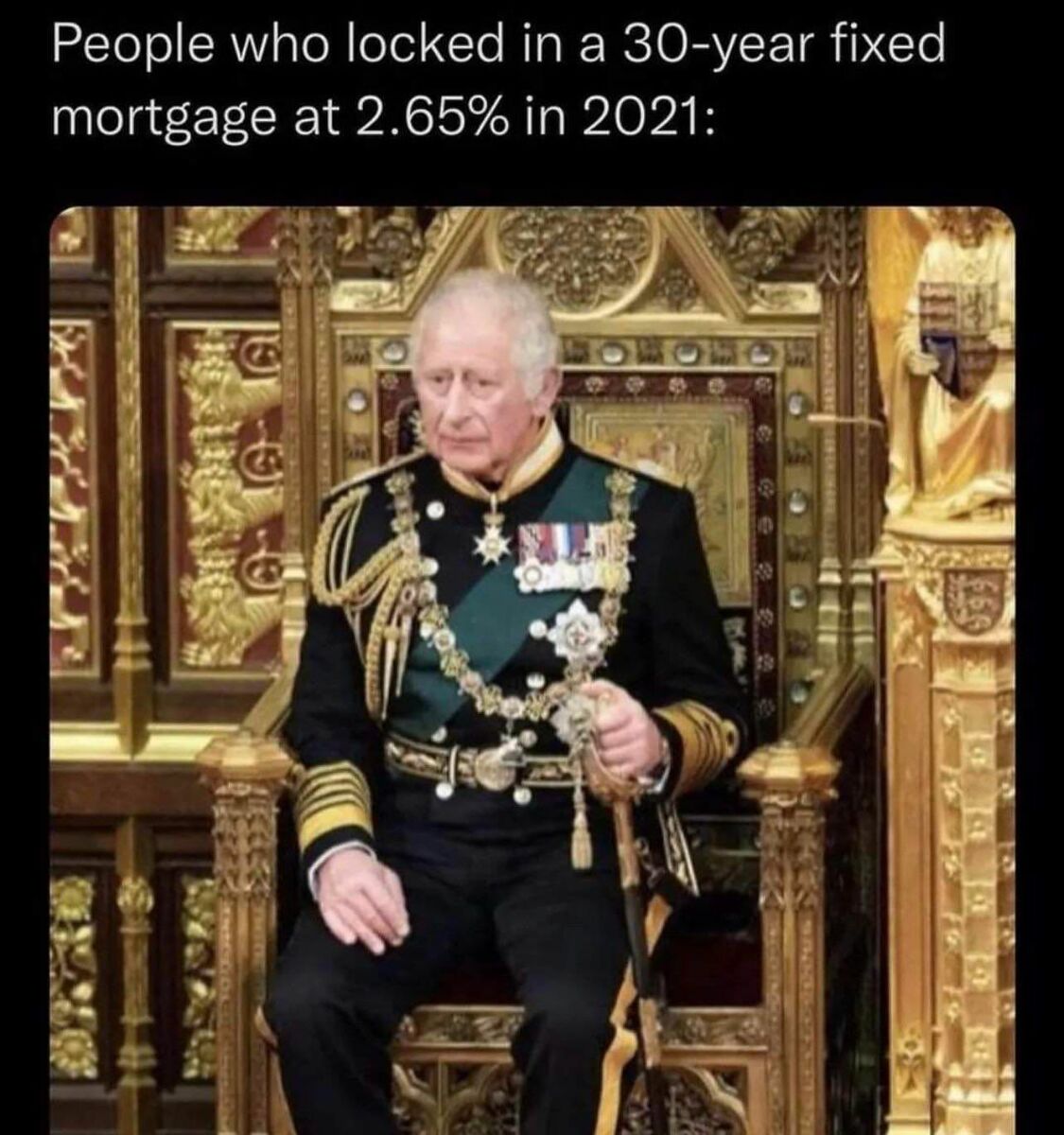 Once again the ECB has surprised me with the quality and volume of their data. They released the Q3 data on Euro-area pension fund holdings; it’s an absolute treasure trove. Below you can see holdings of debt instruments in pension funds. They rose from $300 billion in 2010 to $900 billion in 2022. That 3x increase is with a falling population and reflects two things

1. Holding a certain portion of debt instruments in funds is mandatory

2.As the population ages funds are required to increase the portion of debt they hold over equity to reflect the declining risk profile of the client (sensible) 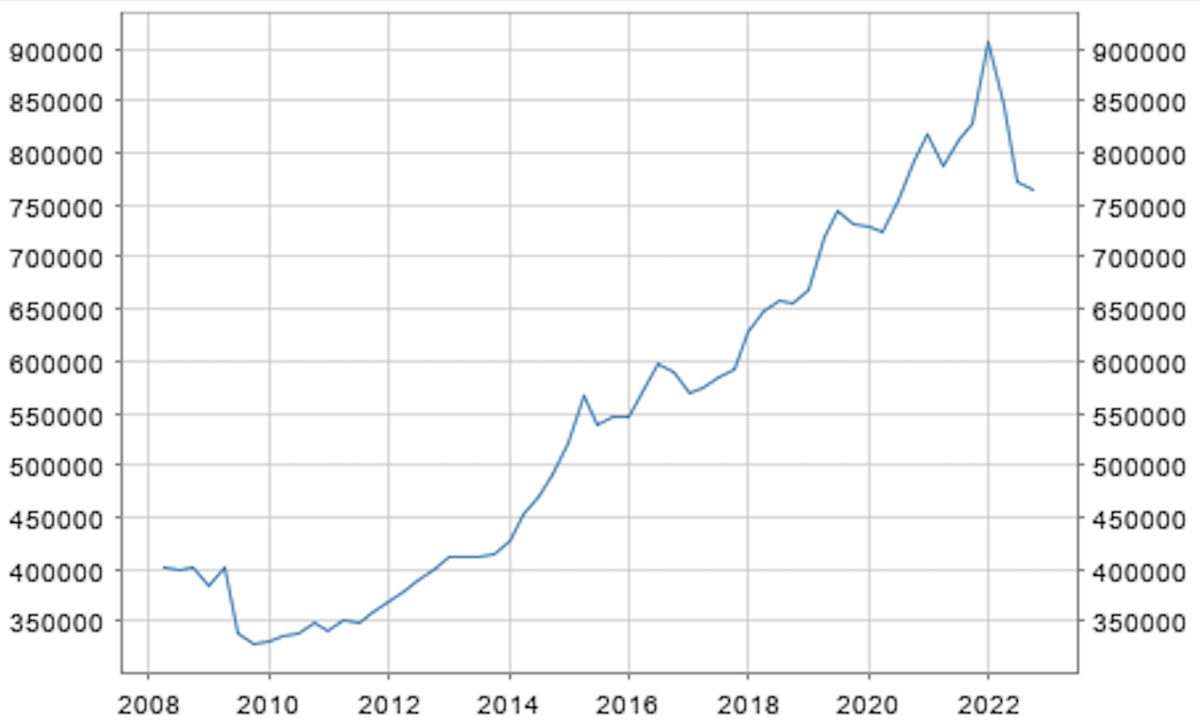 Debt securities held by Pension Funds in the Euro Area:

While the ECB has built its balance sheet to $5.1 trillion in debt over the last decade, pension funds have helped out tremendously. In 2023, it seems the ECB will start its unwind, selling debt (to who?). Pension funds are also now unwinding their own debt positions as the Baby Boomers retire.

There is literally nobody to buy this garbage as they unload it. My number one expectation for the Eurozone in 2023 is a debt crisis. Christine will save us all for sure with another acronym, all listed here on the ECB website:

Indeed the 2023 programme has already been launched but not yet used, known as the anti-fragmentation tool expect the cannons to be rolled out late in Q2.

The only buyer in town will be the ECB. Get your printers ready.